While some Chevrolet El Camino owners want their ride as close to all-original as humanly possible, others prefer to give theirs a little personal flair. This particular example takes the latter route, and comes with a number of custom touches that help it stand out from the pack. 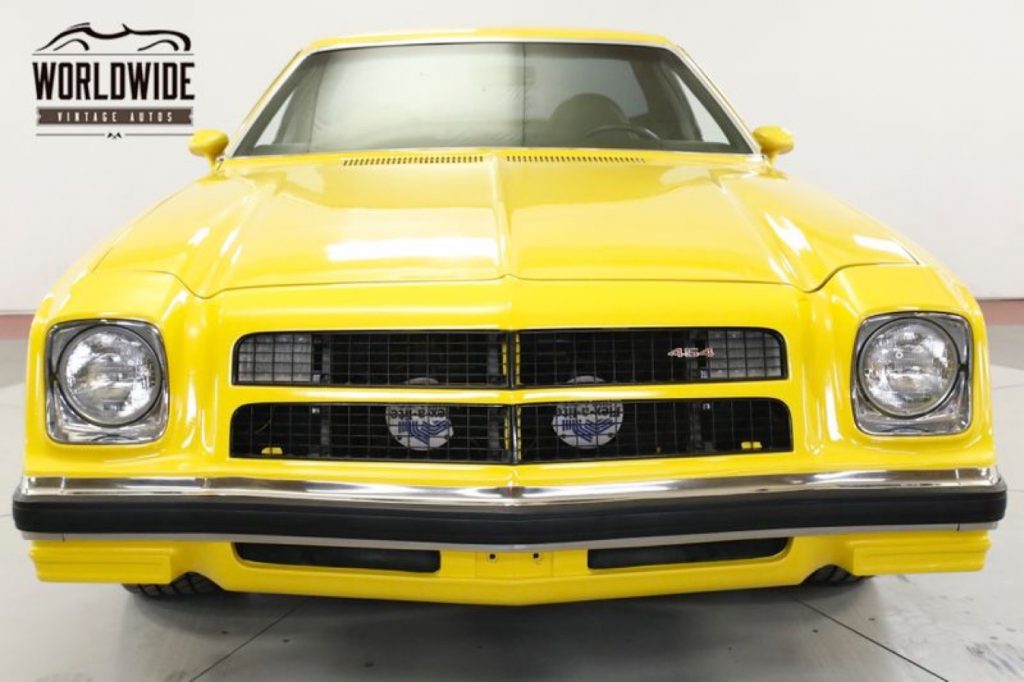 The first thing to grab us is the front end, which definitely doesn’t look like your run-of-the-mill 1976 Chevrolet El Camino. That’s because this Chevy was fitted with the nose of a Chevrolet Chevelle Laguna, radically transforming the front fascia. The result, as the vehicle listing states, is lovingly referred to as an “El Guna.”

While General Motors didn’t sell the Laguna front end as a direct option for the El Camino, interested parties could order it off the COPO order books, the same source for such standouts as the 1969 Chevrolet Camaro ZL1. Interestingly, the Laguna nose would bolt right up to the El Camino without any modification, and it actually looks pretty good too. It’s unclear if this particular example was ordered from the factory in this configuration, or if it was fitted afterwards. 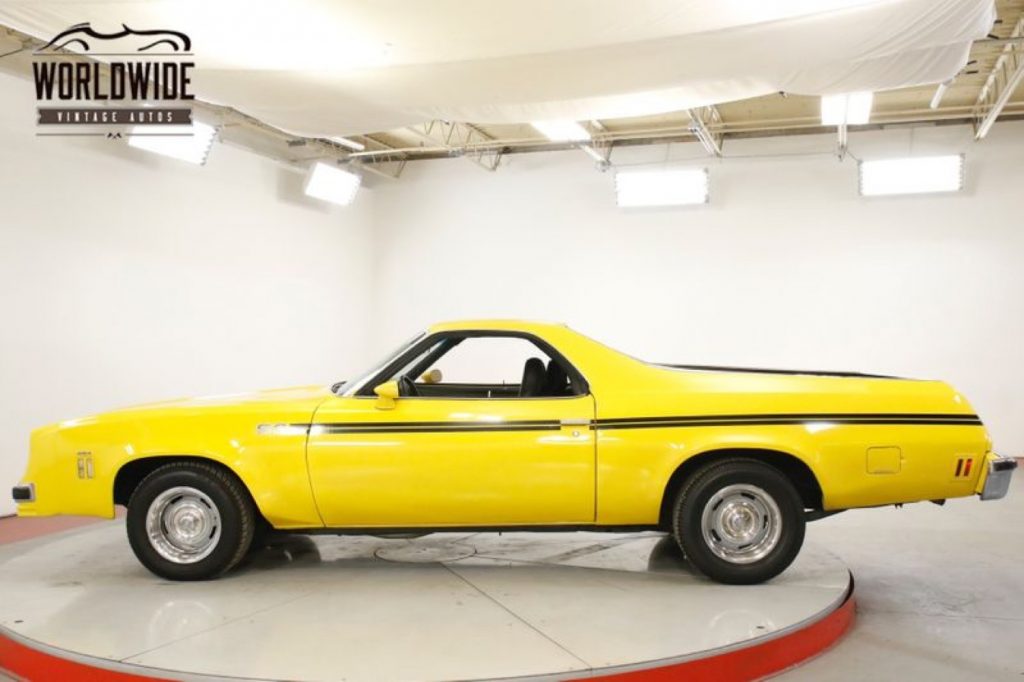 Regardless, the whole thing is covered in extremely yellow paint, and there’s a set of black SS stripes running down the flanks. Polished Rallye wheels take up the corners. 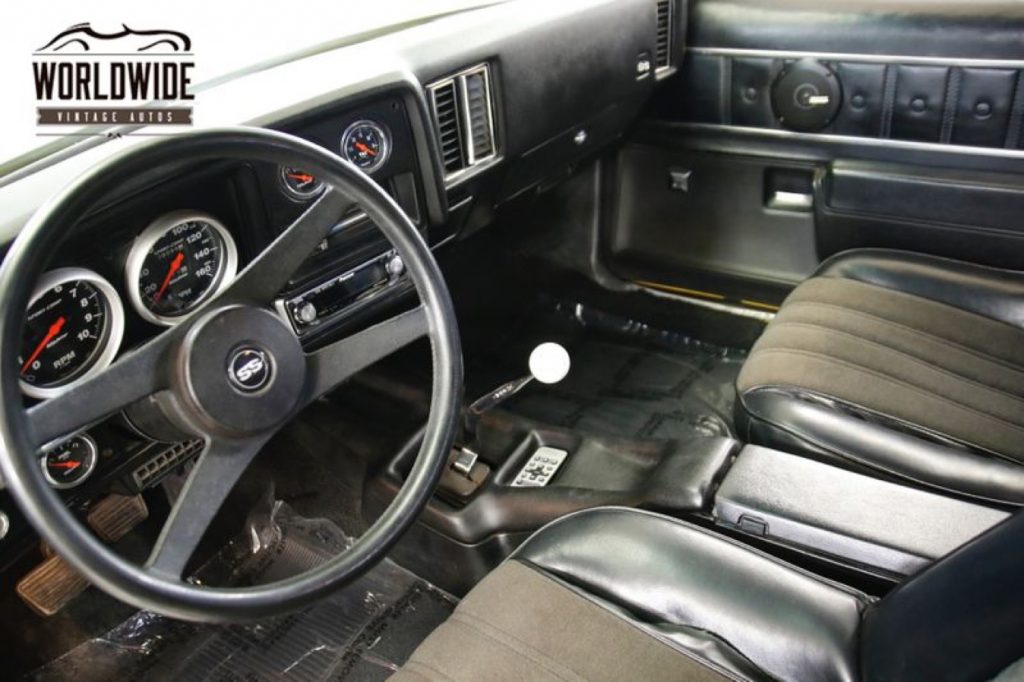 Inside the cabin, there’s black upholstery on every surface, plus factory swivel seats. An aftermarket head unit, stereo, and gauges were added as well. The listing says that the heater works, as does the air conditioning. 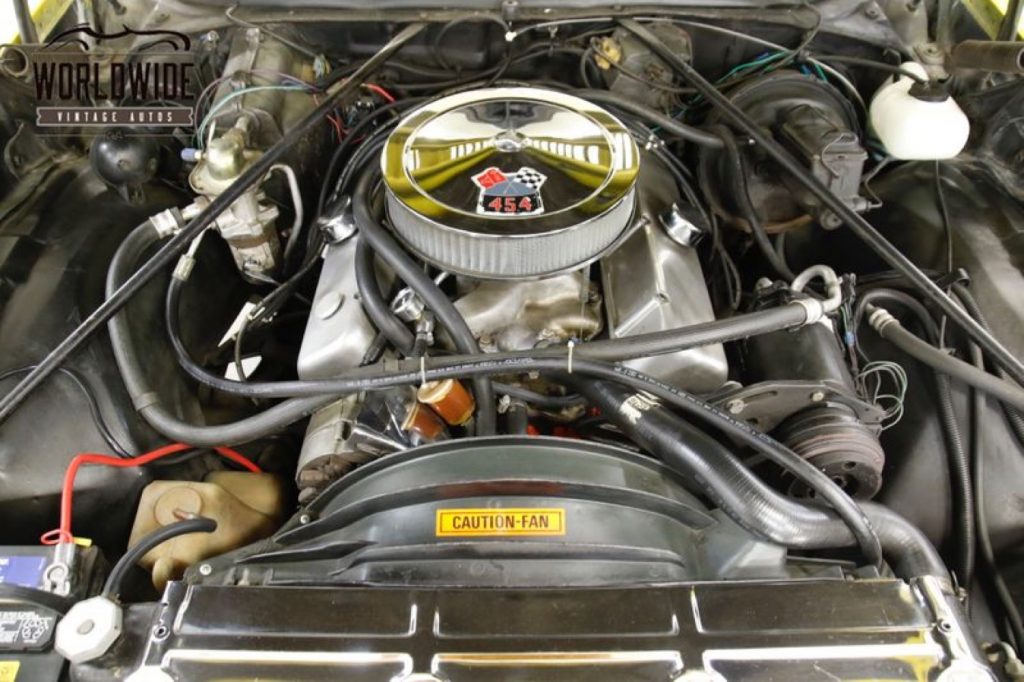 Under the hood, we find a 454 cubic-inch V8 engine, which mates to a four-speed manual transmission. Power steering and power front disc brakes make it easy to drive.

Surprisingly, there’s just 9,086 miles on the odometer. Now, this custom 1976 Chevrolet El Camino is listed for sale by Worldwide Vintage Autos for $15,900. 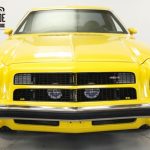 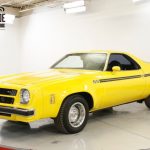 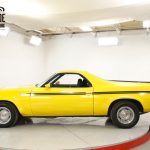 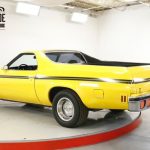 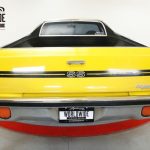 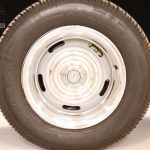 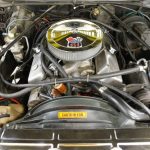 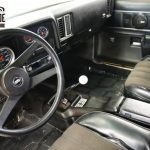