One of our favorite builds from last year’s SEMA Show in Las Vegas was the custom Chevrolet C10 camper conversion dubbed ‘Brown Sugar’. The vintage vibe camper, which was built by Davenport, Idaho based shop River City Rods, featured an old school brown, red and orange paint job, along with plaid interior upholstery and a rustic-looking sleeper section covered in weathered wood. 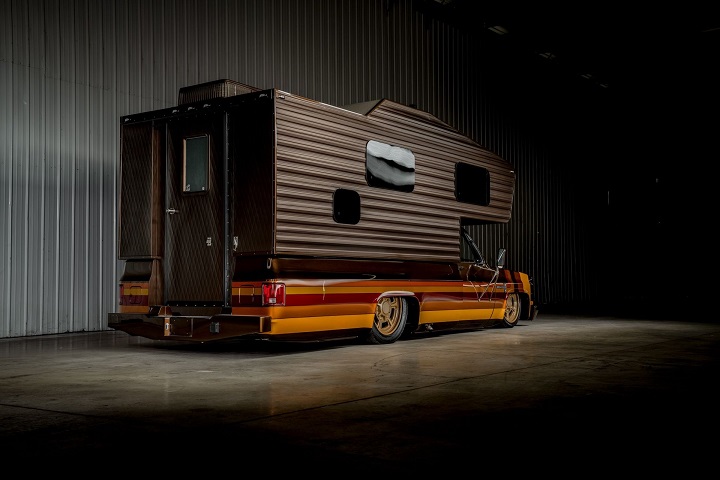 If you were as big of a fan as Brown Sugar as we were, we have some very good news to share. The camper was recently listed for sale by Michigan-based classic car dealer Grand Rapids Classics, presenting a rare opportunity to own this former SEMA Show star.

We went over most of Brown Sugar’s best features when it first debuted at SEMA, but the Grand Rapids Classics listing has provided some information on the Chevrolet C10 camper that we previously did not know. Sitting under the hood is a fresh GM-sourced 5.3L Small Block V8, which has been upgraded with a mild RV-specific camshaft, while cog-swaps are handled by a GM 4L80 four-speed automatic transmission. The underpinnings are also rather sophisticated, especially for an RV, with full airbag suspension provided by the Chevy C10 experts over at GSI International. 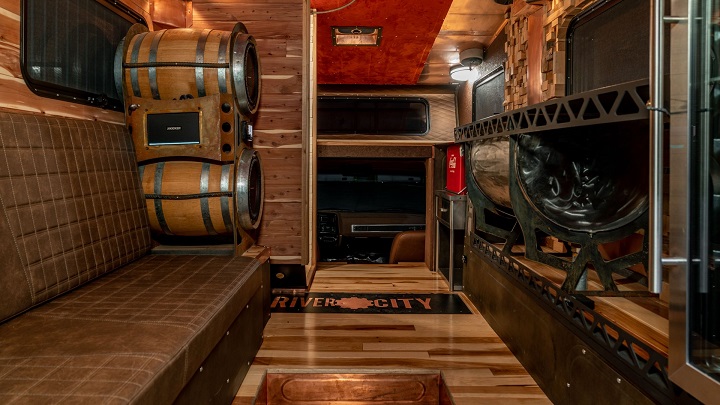 Grand Rapids Classics has also provided us with more photos of the cab and sleeper section than we had before, as well. These photos show off some of the impressive custom work that has been carried out inside, such as the whiskey barrel subwoofer housings, custom sink (which was fabricated from a vintage Coca Cola cooler/ice chest) and flip-up flatscreen TV mount. Despite its show-quality, Brown Sugar is fully equipped for a regular camping trip, with a full 30A RV standard power connector integrated into the rear bumper. 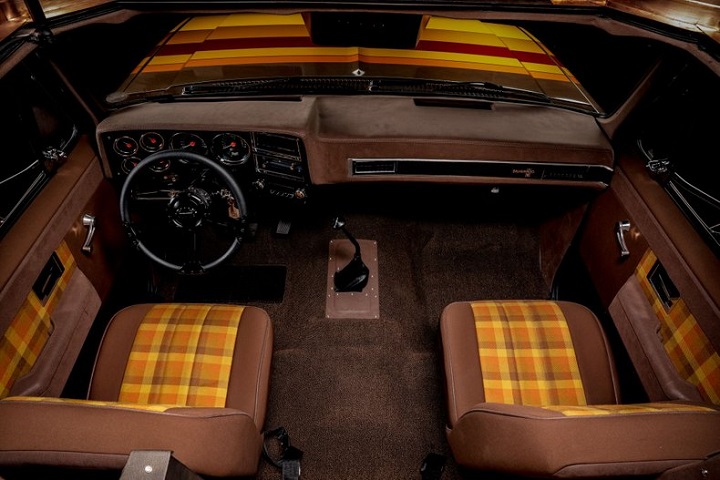 Not surprisingly, Brown Sugar won’t sell for cheap. The RV is currently listed for a staggering $179,990 on Grand Rapids Classics, likely making this the most expensive Chevrolet C10 currently for sale. Grand Rapids Classics is also hosting an eBay auction for the custom camper, which has attracted 27 bids as of this writing, with the high bid being $100,099. Check out the dealership listing at this link, or you can view the eBay listing right here, too.