Many customers are still eagerly awaiting the arrival of their Corvette C8, though, including longtime Corvette fans Larry Smith and Debi Smith. The Smiths recently took to the C8 Corvette Owners (And Friends) Facebook page to share their excitement with fellow Corvette C8 buyers, where they revealed they had ordered a custom VIN on their car to match their rare 1953 Corvette C1.

The Smith’s Corvette C1 carries the VIN 000285 and is one of just 300 Corvettes built in 1953. When they went to order the new Corvette C8, they inquired about potentially getting the VIN ‘XXXX0000285’ to match the C1 Corvette and serve as a nod to the classic sports car they hold so near and dear. They first inquired about receiving the specific VIN before the car was even officially announced, Larry Smith told Motor1, but their persistence eventually paid off.

“It was a long process for us for us to get the 2020 Corvette # XXXX0000285,” Smith said. “At the time we started the process, Chevrolet wouldn’t even say there was going to be a mid-engine Corvette; it was ‘just a rumor’ we were told.” 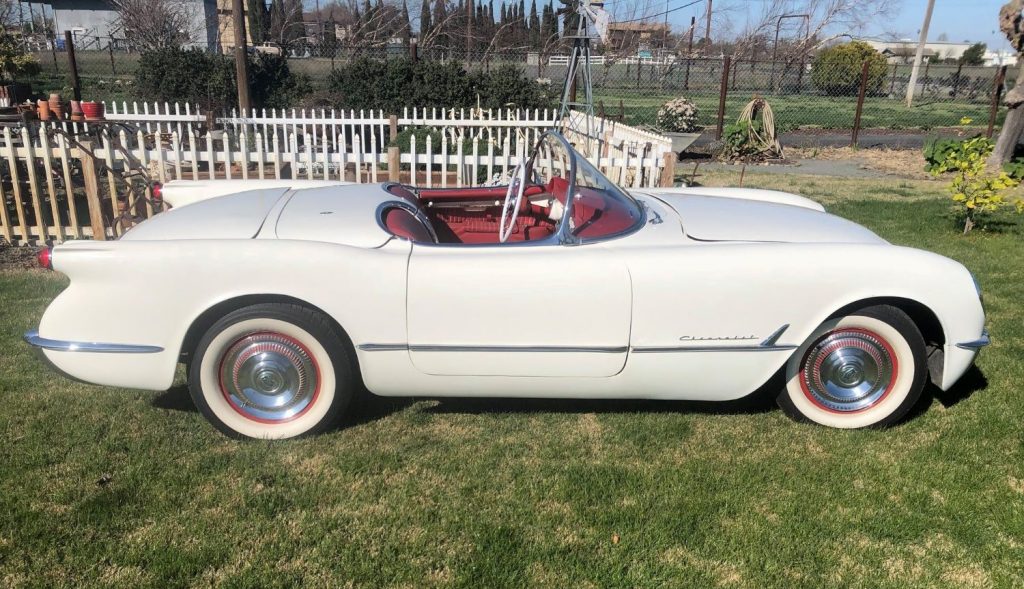 “We need to thank Mr. Harlan Charles of Chevrolet along with Shane Webb and Lori Bieschke of the Corvette Museum for helping make this possible for us,” he added.

Chevrolet charges $5,000 to request a specific VIN for the Corvette C8, so this is a novelty that didn’t come cheap to the Smiths. The cars may make a cool package-deal sale one day, though we get the feeling the Smiths will want to keep this pair around for a long time yet.