It’s important to stay vigilant behind the wheel, especially when the conditions are far from ideal. The driver of this semi truck got a terrifying reminder of that when a Chevrolet Tahoe decided to gun it past his rig in a risky passing maneuver.

This video has all the makings for a truly terrible accident – a tight two-lane country road, a big rig traveling at 55 mph, low light and visibility, and wet, slippery roads. Throw an impatient Chevrolet Tahoe driver into the mix, and things get even more dangerous. 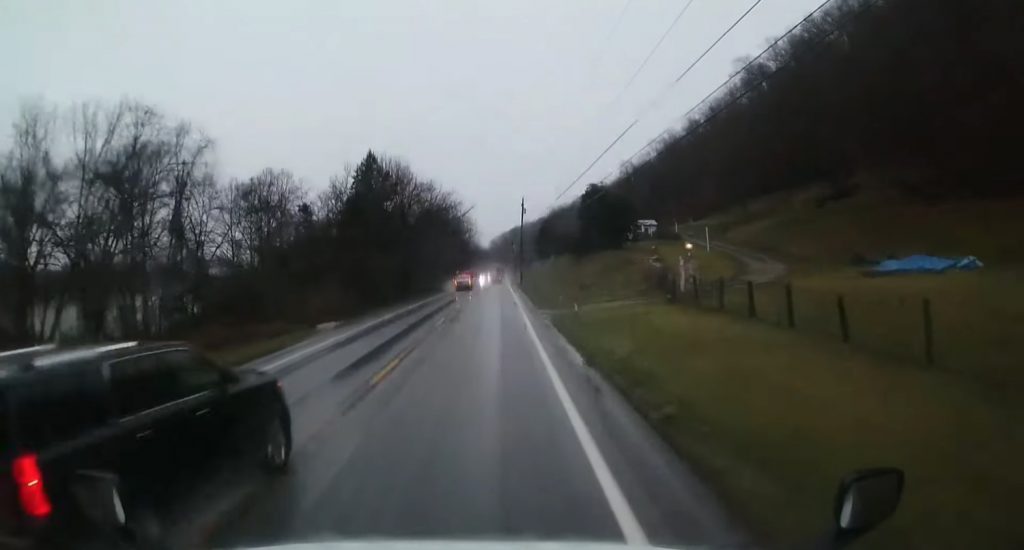 The video is from an in-dash camera system, which captures the whole thing from the perspective of the semi driver. The clip is only a minute and 37 seconds in length, but goes to show just how close the driver of the Chevrolet Tahoe came to complete disaster.

According to the video description, the incident occurred on January 3rd, 2020, in Pliny, West Virginia. “I was traveling in my semi-truck with my son on [sic] West Virginia on RT35 when a Chevy Tahoe passed me in the rain at a high rate of speed,” the description reads. “The driver failed to see the oncoming pickup truck pulling a trailer and nearly hit him head-on.”

Check out the video for yourself below. Note that there is some coarse language in the video, so be warned.

It’s a scary moment for all involved, but luckily, no one was hurt and the Chevrolet Tahoe narrowly misses the oncoming pickup. It looks like the Tahoe simply didn’t see the truck in the other lane, and decided to go for it, missing a collision by just a few feet.

Stay safe out there folks. It might be annoying to get stuck behind a big rig, but saving a few minutes isn’t worth a wreck.