When the conditions call for it, it’s a good idea to slow down a little bit, as it doesn’t take much to turn a rushed commute into a serious accident. And that’s exactly the lesson learned by the driver of this particular Chevrolet Blazer in the following video clip. 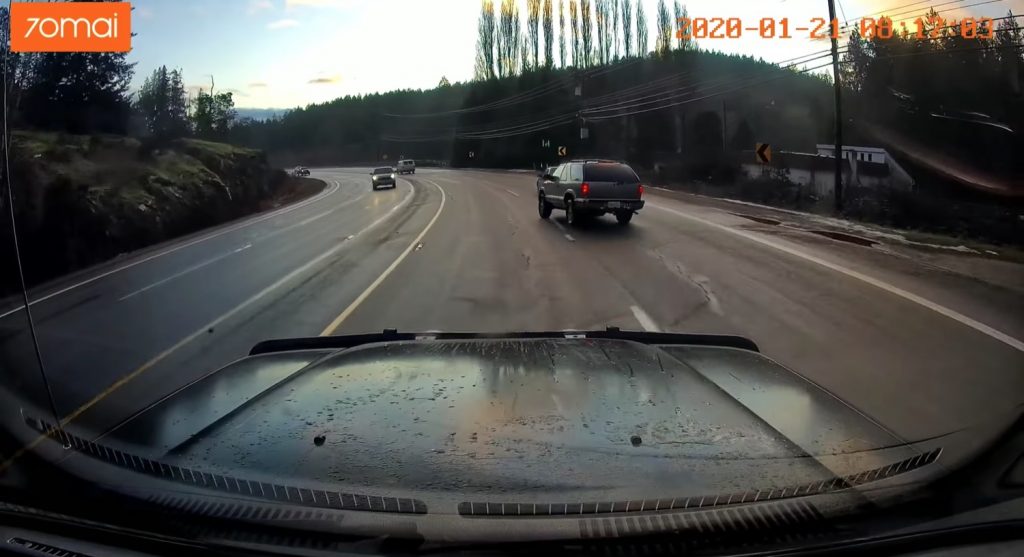 Clocking in at just 17 seconds in length, the video isn’t long, but that’s all the time it takes for this series of near misses to take place. The video is shot from a dash cam mounted on another vehicle, which captures a Chevrolet Blazer pass in the right lane as it moves a bit quicker than traffic. The driver then moves right up to the rear bumper of another car, then quickly jerks the steering wheel to the left and dabs the brakes. 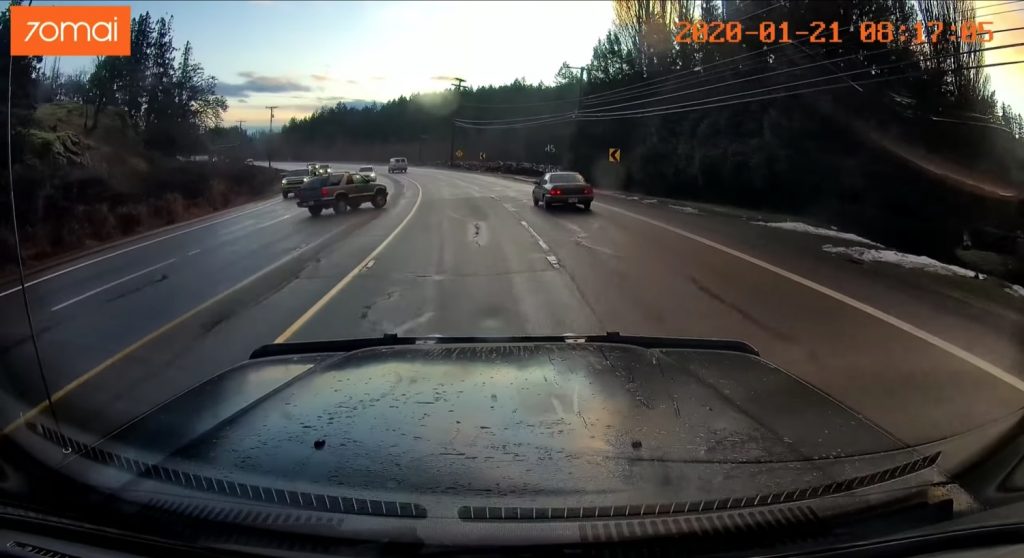 That transfers the SUV’s weight over the front wheels, causing the rear end to lose traction and sending the Chevrolet Blazer into a slide. The SUV careens into the opposite side of the highway, at which time the driver hits the brakes again, moving the vehicle’s weight laterally, resulting in a spin. The SUV backs into the shoulder before knocking over a sign and coming to a rest. 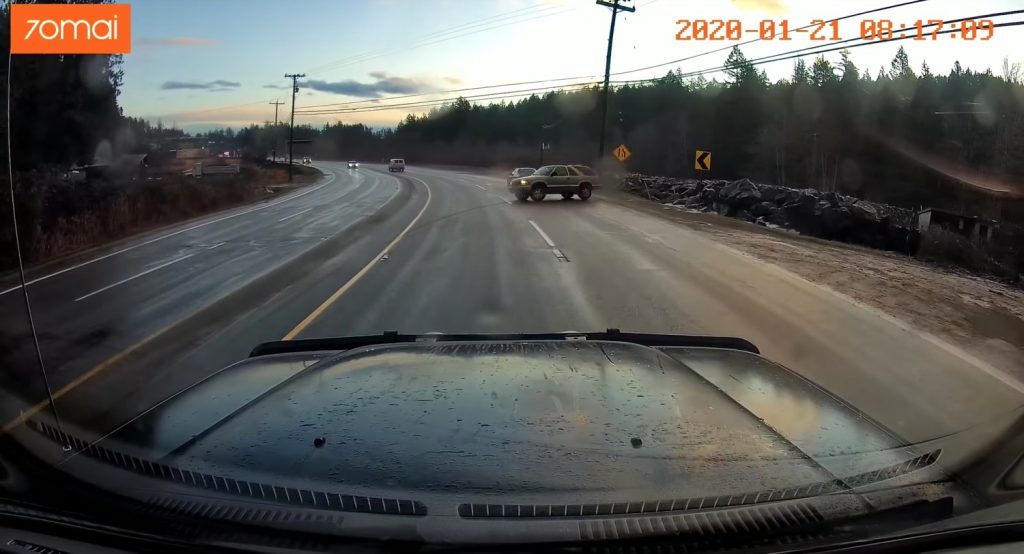 According to the video description, the incident occurred on January 21st, 2020 in British Columbia, Canada.

“On Highway 14, Sooke BC, a vehicle attempts to pass in the right lane and loses control, nearly causing a serious accident, all because they were running late for work,” the video description reads. “Thanks to the quick reaction of the oncoming white SUV, there were no casualties.”

Hopefully the driver of the Chevrolet Blazer learned their lesson – slow down when the roads are wet, even if you’re late for work.