The third-generation Buick LaCrosse debuted for the 2017 model year, dropping in with a significant weight savings of 300 pounds, larger exterior dimensions, and a new underpinnings courtesy of GM’s E2 platform. Unfortunately, sales weren’t quite up to par, and the LaCrosse was discontinued for the 2019 model year following GM’s global restructuring efforts. Nevertheless, this four-door still has a lot to offer, especially the special edition featured here, which comes with new paint and special new tires as well.

GM Authority spotted this interesting 2018 Buick LaCrosse in a parking lot in Florida. According to the owner, the sedan was produced by Jay Buick GMC, which is located in Bedford, Ohio, near Cleveland. The dealer apparently produced only five examples for customers. 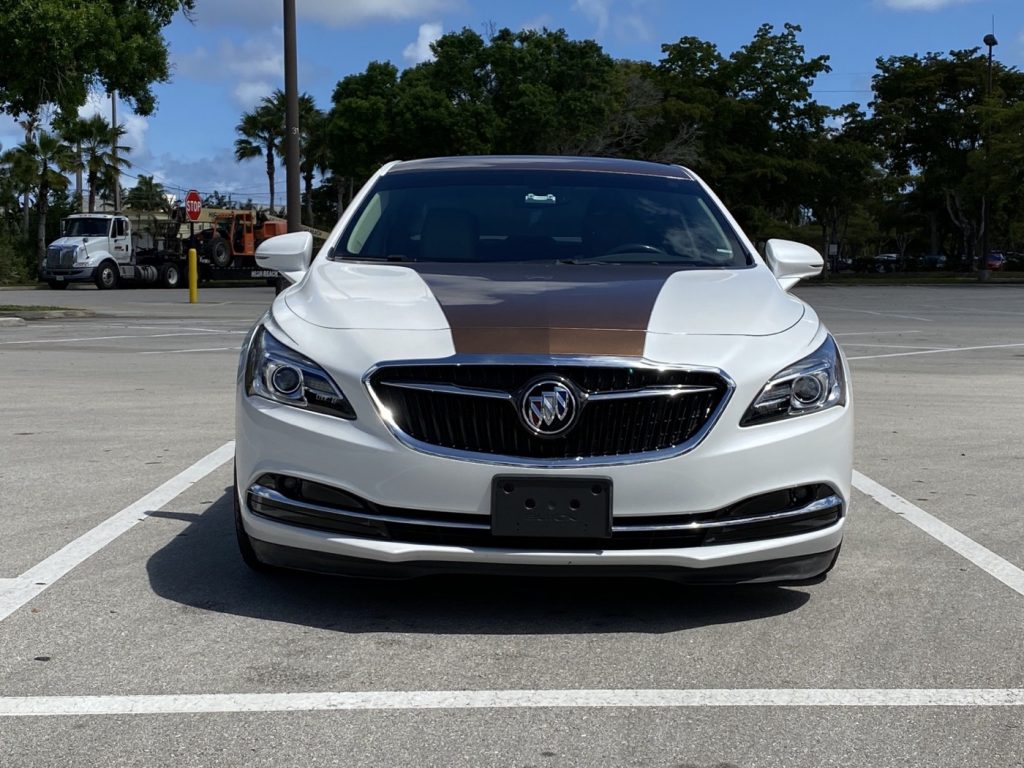 The changes are only cosmetic, but definitely work to transform the 2018 Buick LaCrosse from every angle. The most noticeable difference is with regard to the paint scheme, which includes dark copper contrast coloring running from tip to tail. The contrast color starts on the hood, running in a wide stripe from the grille and up into the windshield. The roof is also painted copper, with the new hue falling back into the trunk section as well. 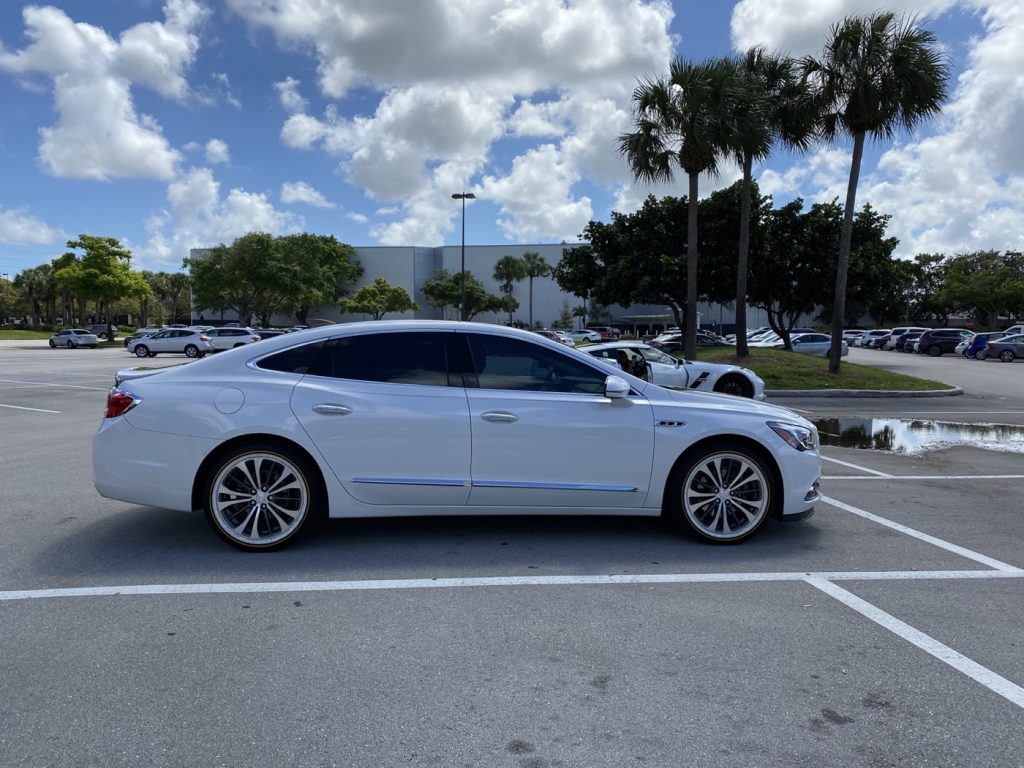 The new paint treatment gives the 2018 Buick LaCrosse a much sportier look, but there are further details to this special vehicle. In the corners, we find the large, multi-spoke wheels wrapped in whitewall Vogue Tyre rubber, which also come with a yellow styling line running the circumference of the tire. The whitewall treatment make the wheels look even bigger, while the yellow styling line also helps to reduce the tire’s profile, at least visually speaking.

It’s a cool look, and definitely helps this 2018 Buick LaCrosse stand out from the pack. According to the car’s owner, the other models that received the same visual treatment from Jay Buick GMC include different paint colors, such as black and red. 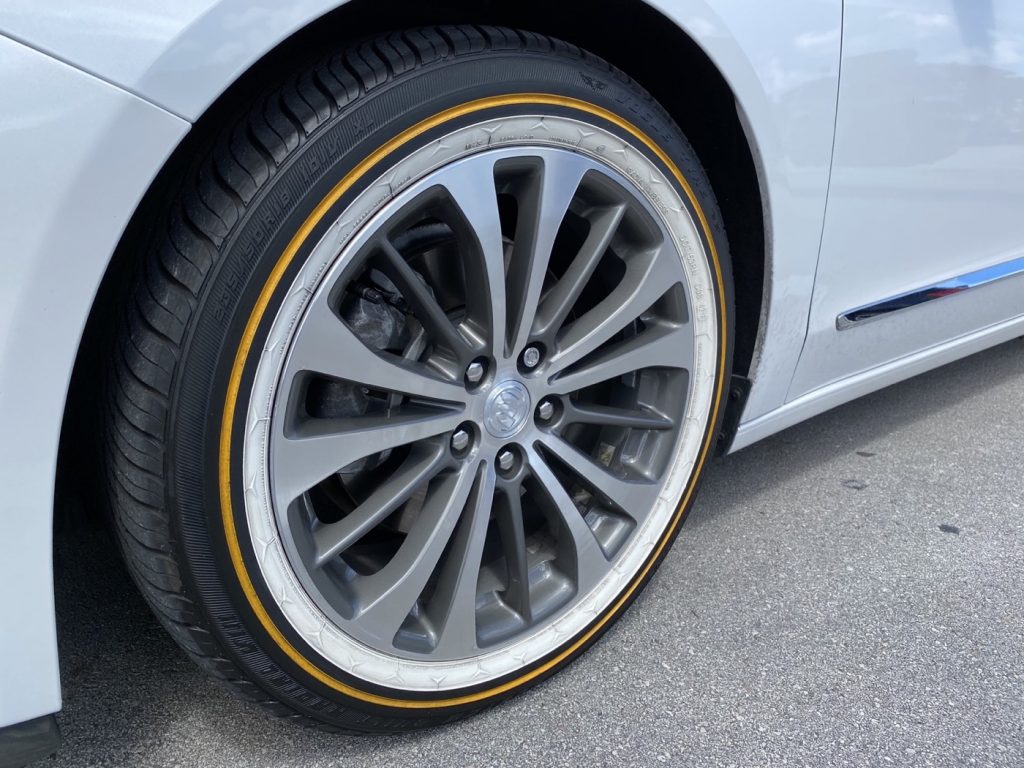 As we chatted with the owner, he was surprised to learn that the LaCrosse was discontinued, and indicated he may look at the Buick Enclave for his next vehicle purchase.

What do you think of this four-door? Let us know your thoughts in the comments, and make sure to subscribe to GM Authority for more Buick LaCrosse news, Buick news, and around-the-clock GM news coverage. 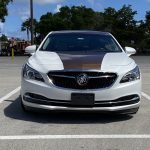 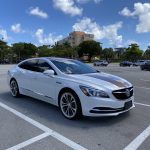 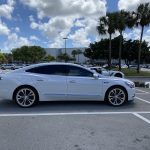 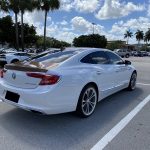 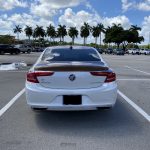 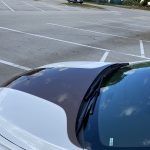 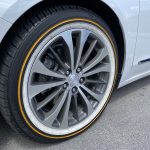 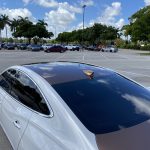 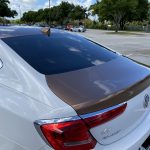 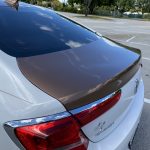 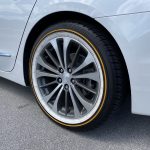