Many General Motors fans were understandably upset when it was announced that the twin-turbocharged 4.2L Blackwing V8 engine would not be used in any products apart from the now-defunct Cadillac CT6 Platinum and Cadillac CT6-V. The innovative reverse flow, dual overhead cam V8 was, after all, exactly the type of engine Cadillac needed to finally put its powertrain portfolio on an even keel with brands like BMW and Mercedes-Benz.

The Blackwing V8 may have no future within GM, but it turns out the engine will indeed live on – albeit in a very unlikely place. Manifattura Automobili Torino, an Italian company that makes low-volume performance cars and specialty vehicles on contract, has entered an agreement with GM to use the 4.2L Blackwing V8 engine design in a yet-to-be-unveiled new vehicle. The engine will continue its development at the GM Powertrain Torino engineering facility in Piedmont, which GM recently sold to Belgian powertrain company Punch Group, before being used in the new MAT-built car. Work on certain GM projects will continue at the Turin-based facility until the end of 2021, GM said previously.

MAT has not released any details on the project that will utilize the Blackwing V8. The company mainly builds performance vehicles, though. It currently has a contract to produce the New Stratos, a retro-styled revival of the classic rally car based on the Ferrari F430, and will also soon start production of the 1,900+ horsepower Aspark Owl – a fully electric hypercar developed by a Japanese vehicle engineering firm.

Considering its performance car expertise and the Blackwing V8’s significant output, it seems likely the MAT mystery vehicle will be a sports car or supercar of some type. As a reminder, the 4.2L Blackwing V8 produced 500 horsepower and 553 pound-feet of torque in the CT6 Platinum and 550 horsepower and 627 pound-feet in the performance-focused CT6-V. It was paired exclusively with a 10-speed automatic transmission in the CT6, though MAT has not said what transmission it plans to use in its vehicle.

In a statement sent to Hagerty last week, a MAT spokesperson said GM engines like the Blackwing are well-suited to the unique vehicle projects it works on.

“MAT and Punch Torino are cooperating on the development of products based on the renowned engines of the American group, which are well suited for special applications, from racing to road usage,” the spokesperson said. “Punch Torino inherits all the know-how and knowledge of the former GM Global Propulsion System and it is specialized in the development and in the ‘business to business’ distribution of propulsion systems.”

“MAT is obviously very proud to present this cooperation, a sign and a confirmation not only of our engineering capabilities but also of the standing and the trust that big companies are giving us. This collaboration is going to open many interesting possibilities and a new exciting chapter for MAT.” 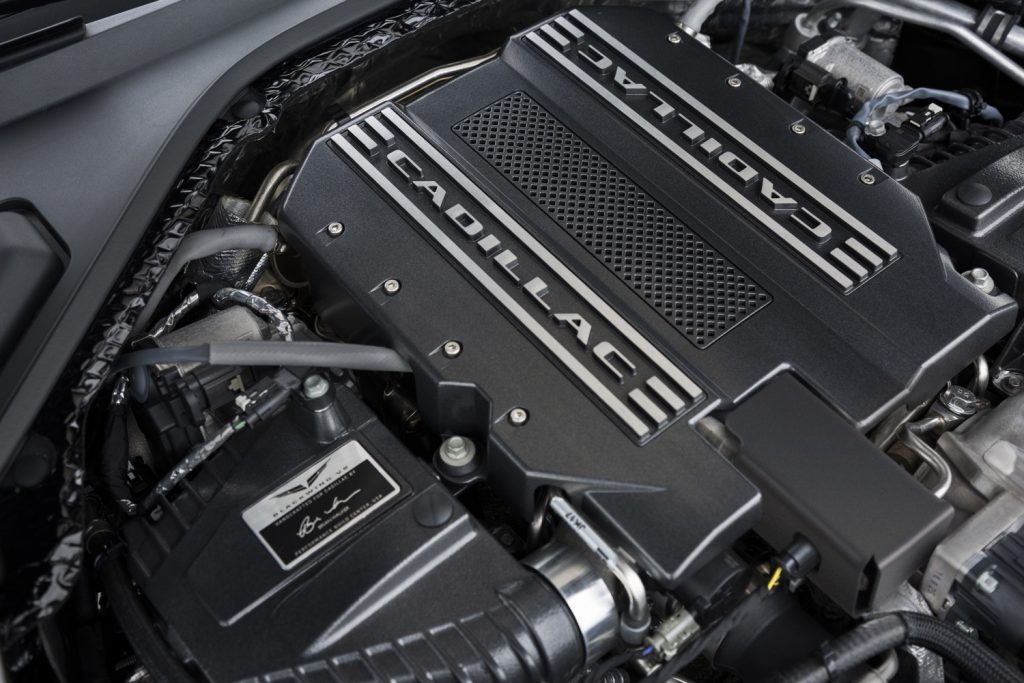 So even though Cadillac is slowly turning its attention away from gas-powered cars to focus on EVs like the upcoming Cadillac Lyriq crossover and Cadillac Celestiq sedan, fans will still be able to get their hands on a hairy-chested Blackwing V8-powered car thanks to MAT. What type of vehicle it will be, how much it will cost and what kind of numbers it will be built in all remains to be seen, but at least the innovative Blackwing design won’t be going to waste.