A crossover or SUV is oftentimes a purchase made with other people in mind. After all, many people want to upgrade to a bigger vehicle like a mid-size or full-size crossover when they get a family. However, Buick’s new ad for its updated 2020 lineup wants the viewer to know the brand is all about putting the “you” in “SUV.”

This brief, easy-to-digest ad was uploaded to Buick’s YouTube channel earlier this month and will likely appear on YouTube videos and other places Buick advertises on the web. It highlights some of the luxury and tech features that are available in Buick’s current lineup of crossovers and SUVs, which aim to make life easier for the user. 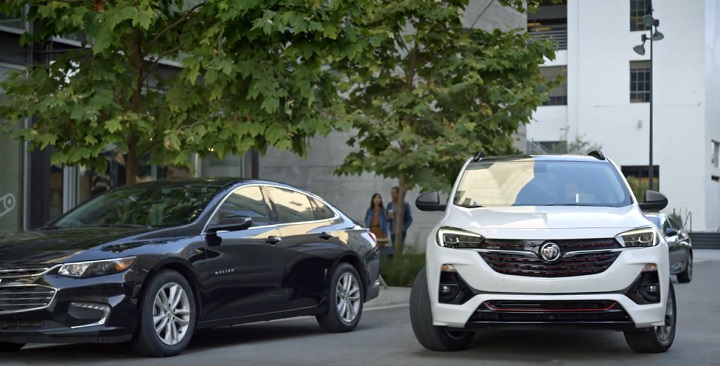 Among the features demonstrated in the ad is the myBuick skill for Amazon Alexa, which allows Buick owners to link their Alexa device with their Buick Connected Services account. This gives them the ability to control the vehicle via Alex voice commands such as “Alexa, start my Buick.” Other commands the user can employ with the myBuick Alexa skill include “Alexa, ask Buick to stop my car,” which stops the car you started most recently and “Alexa, ask Buick to lock/unlock my car.”

It’s not surprising to see Buick release an ad focused entirely on crossovers and SUVs. After all, with the coming departure of the Buick Regal and Regal Tour X, the only vehicles left in the automaker’s lineup will be the Encore, Encore GX, Envision and Enclave crossover. The tech features displayed, especially the Automatic Park Assist and aforementioned Alexa skill, are also a great way to grab the viewer’s attention in such a short 15-second ad spot.

Check out this short ad in the video embedded below.