South Korean automaker Hyundai pulled the wraps off of its new 2021 Elantra this week, which features an available hybrid powertrain capable of returning more than 50 mpg.

The 2021 Hyundai Elantra is all-new, riding on the automaker’s new ‘K3’ FWD platform and featuring a longer wheelbase, wider stance and lower roofline than the sixth-generation Elantra it replaces. Hyundai says the compact sedan has gained 2.2 inches in overall length, while its wheelbase has also grown by 0.8 inches. The overall width has increased one inch, as well, but overall height has dropped 0.8 inches to help deliver a sleeker, sportier appearance. Despite the lower height, Hyundai claims most of the Elantra’s key interior dimensions have increased. 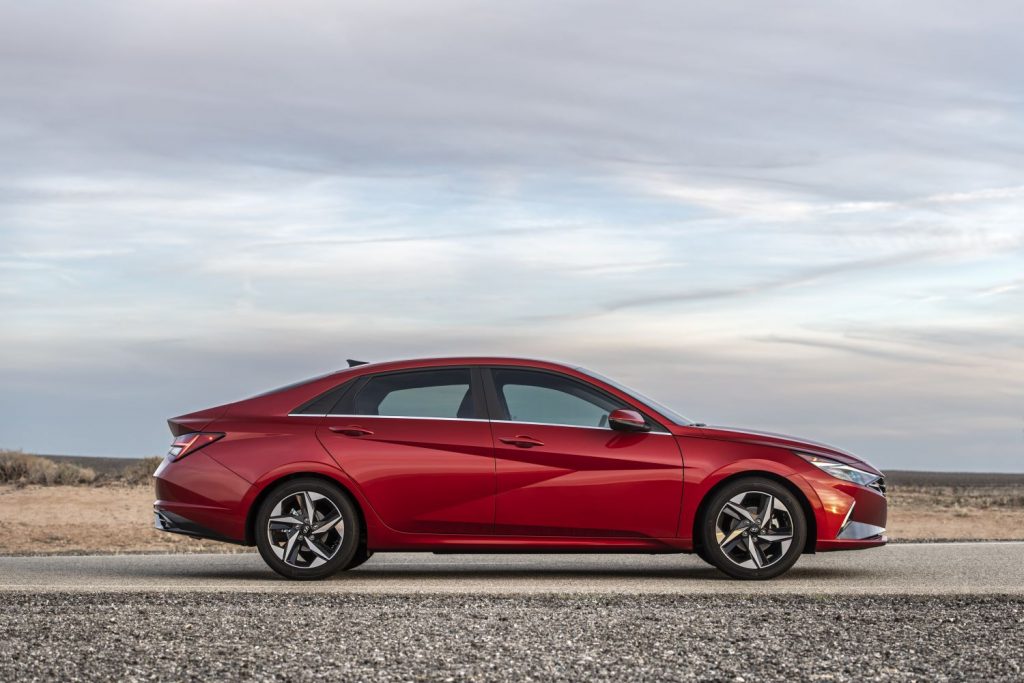 The base Elantra will be powered by the automaker’s 2.0L Atkinson cycle four-cylinder, which generates 147 horsepower and 132 pound-feet of torque. Paired to a continuously variable transmission, Hyundai promises the 2.0L will help deliver a best-in-class EPA combined fuel economy rating.

However, those looking for even more efficiency may want to opt for the available Elantra Hybrid model. With a smaller 1.6L Atkinson-cycle four-cylinder, a 32-kW electric motor and a tiny 1.32-kWh lithium-ion battery, the Elantra Hybrid will deliver an EPA-estimated combined fuel economy rating of over 50 mpg. The total system output for hybrid models is 139 horsepower and 195 lb-ft of torque. 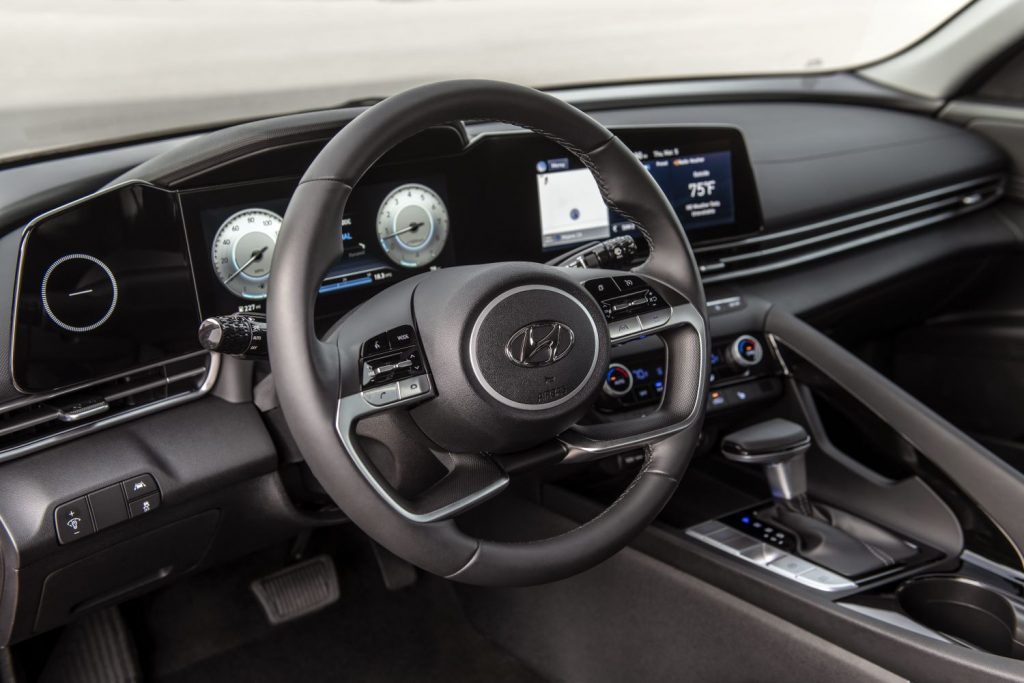 The 2021 Hyundai Elantra is not a car that General Motors will be benchmarking anytime soon. The automaker bailed on the compact sedan segment when it pulled the plug on the Chevrolet Cruze last spring and has no plans to return to it, instead focusing on the more profit-heavy crossover, truck and SUV segments. 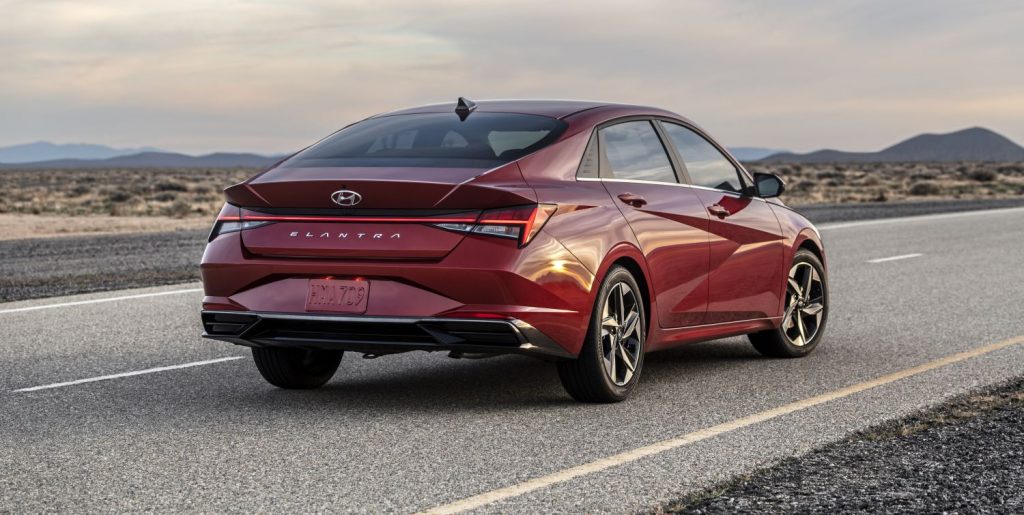 GM has also completely bailed on hybrid powertrains in order to focus more on its upcoming new battery-electric vehicles. The automaker said previously that it views hybrids as an unnecessary stop-gap to EVs and believes it is getting out ahead of the pack by pouring additional resources into EVs early.

As other automakers bail on sedans and hybrids, though, Hyundai sees all the more reason to press on with such vehicles.

“While some manufacturers no longer see the value in the car side of the business, we’re doubling down by offering an all-new model with both gas and hybrid powertrains,” said Hyundai America CEO José Muñoz.

The 2021 Hyundai Elantra will enter production at the automaker’s Alabama plant this fall, with shipments to dealers beginning in the fourth quarter.