Editor’s note: we got our wires crossed, and the 2021 Encore GX will not be getting new fascias. See our updated story on the matter here.

Launched just a few short weeks ago, the Buick Encore GX is all-new for the 2020 model year. But despite being being a completely new product, the CUV will get a few noteworthy updates for the 2021 model year – including a set of tweaked fascias.

According to whispers from around the industry, GM is planning to give the 2021 Buick Encore GX slightly revised front and rear fascias on all models, with the exception of those equipped with the optional Sport Touring package. We’ll have to wait until later this year to find out exactly how the changes will look like.

Outside of new front and rear fascias, the 2021 Buick Encore GX will also get wireless Apple CarPlay and Wireless Android Auto, as well as SiriusXM Satellite Radio as standard on all models. For the 2020 Encore GX, CarPlay and Android Auto require a cable, while SXM is standard only on Select and Essence models.

The Encore GX is a new subcompact crossover SUV that slots between the subcompact Encore (without the GX badge) and compact Envision, giving Buick a modern entry into the rapidly-growing small crossover SUV space. Though we initially believed that the Encore GX would replace the aging Encore outright, Buick will sell the two models side-by-side in the U.S. and Canada. As of this writing, the “regular” Encore – which was introduced for the 2013 model year before receiving a refresh for the 2017 model year – will continue being offered in North America.

The story is quite different in China, where the Encore GX is joined by an all-new, second-generation Encore based on the GM GEM platform for a one-two segment punch. In that regard, the first-generation Encore was discontinued and replaced entirely by the GEM-based Encore in China. 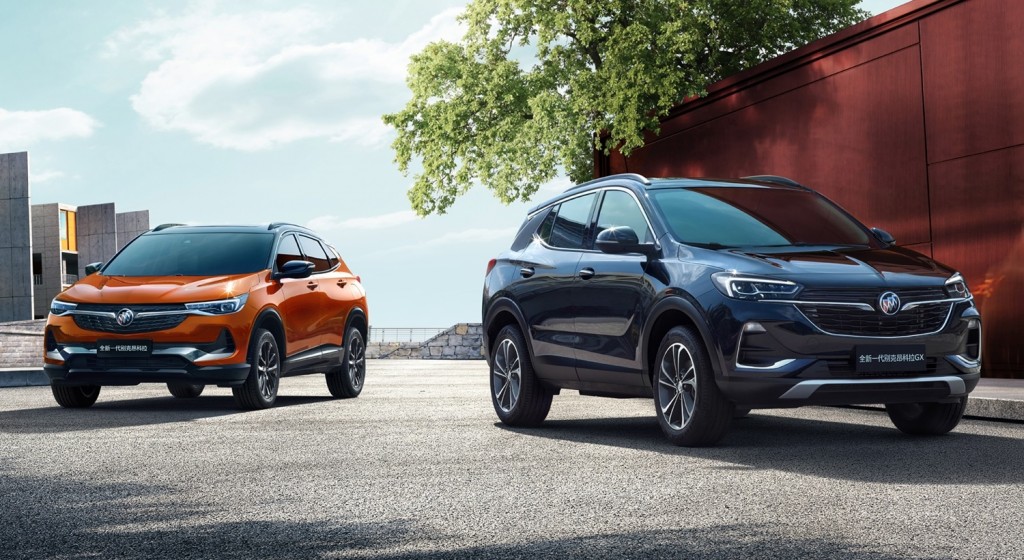 Chinese Buick Encore lineup: all-new GEM-based Encore (left) and VSS-F Encore GX (right). The model on the left is not coming to the U.S. and Canada.

We’ll continue following this one closely, so be sure to subscribe to GM Authority for the latest Buick Encore news, Buick Encore GX news, Buick news, and ongoing GM news coverage. We also invite you to check out the discussions in our Buick forum.