General Motors‘ Small Block engine design is the go-to option for many boutique automakers looking to build a limited-production performance car. The venerable pushrod V8 engine has powered all sorts of limited-production sports and supercars, such as the Felino CB7R, Glickenhaus 004C and Sin R1, just to name a few.

Now GM’s LFV four-cylinder engine family is being used in a similar way by specialty vehicle company Vanderhall. The New Jersey-based manufacturer’s Venice three-wheeler and its different model variants have received a new GM-sourced turbocharged 1.5L engine for the 2020 model year, which replaces the GM turbo 1.4L motor that it used in the 2017-2019 Venice. 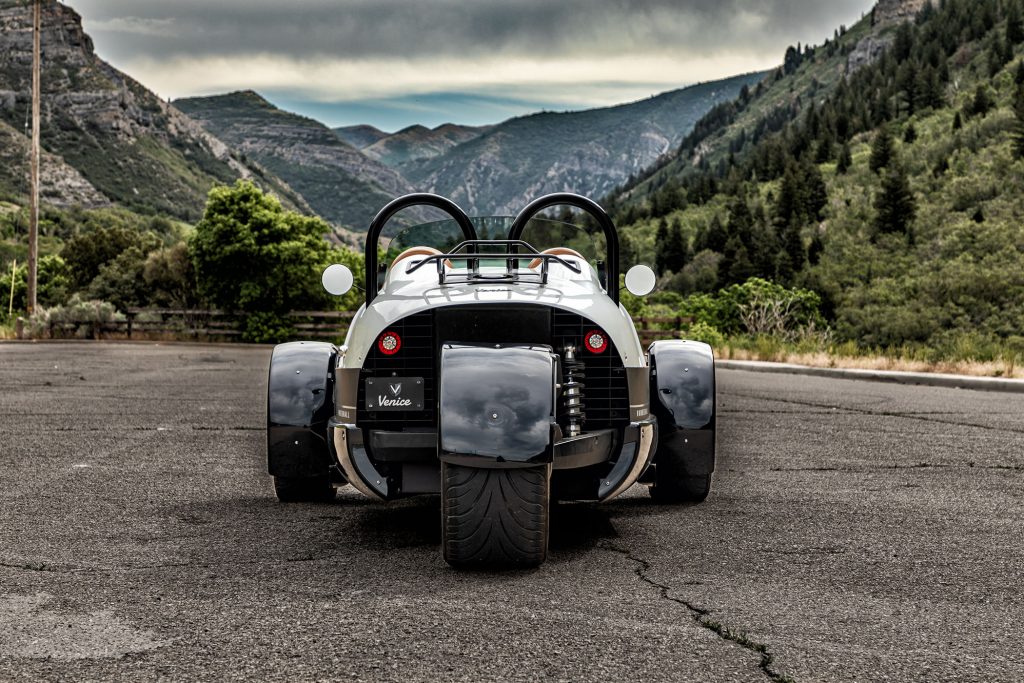 The 1.5L engine isn’t much more powerful than the old 1.4L engine it replaces, but it should offer added refinement and superior fuel economy in the three-wheeler. The turbo-four, which is mounted transversely in the front of the vehicle, is good for 194 horsepower and 203 pound-feet of torque. It sends power to the front wheels through a six-speed automatic transmission, enabling a 0-60 mph time of around 4.5 seconds.

Other new features added to the 2020 model year Vanderhall Venice include electronic cruise control, a boost gauge, new satin black-painted 18-inch wheels and a three-inch exhaust. The Venice wasn’t built with luxury in mind, really, but there are at least some creature comforts in the way of a new heater and heated seats, along with a tan leather interior. 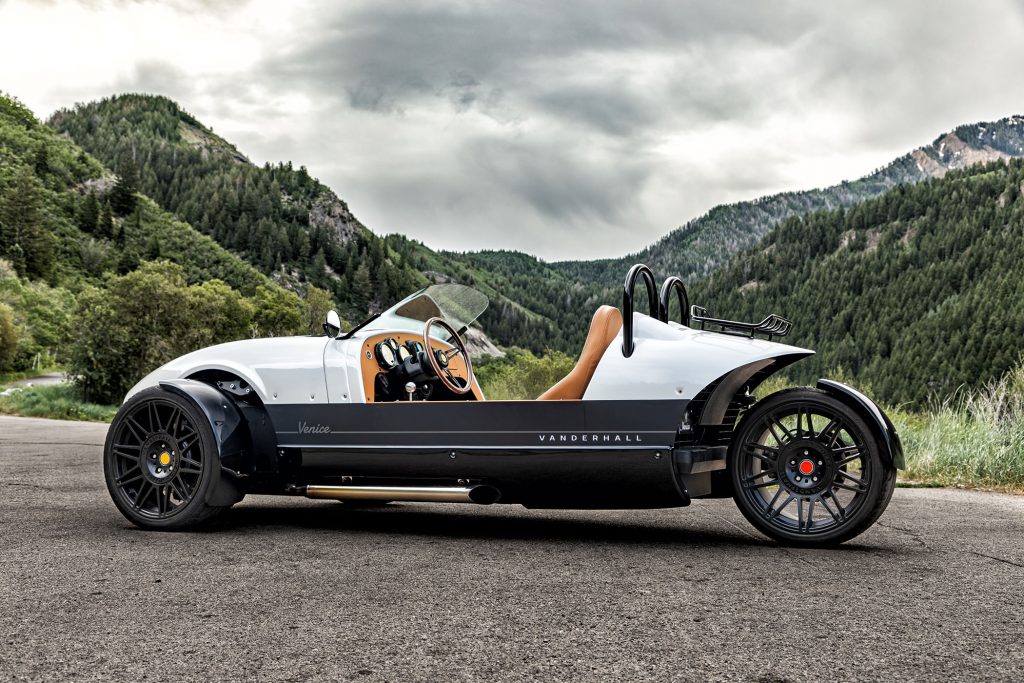 We should point out that the Vanderhall Venice isn’t technically a car. The National Highway Traffic Safety Administration views this oddball creation as a three-wheeled motorcycle, so it’s not beholden to the same safety regulations as a regular vehicle might be. It does have front and rear crumple zones and roll hoops, however, but these features have not been crash-tested. 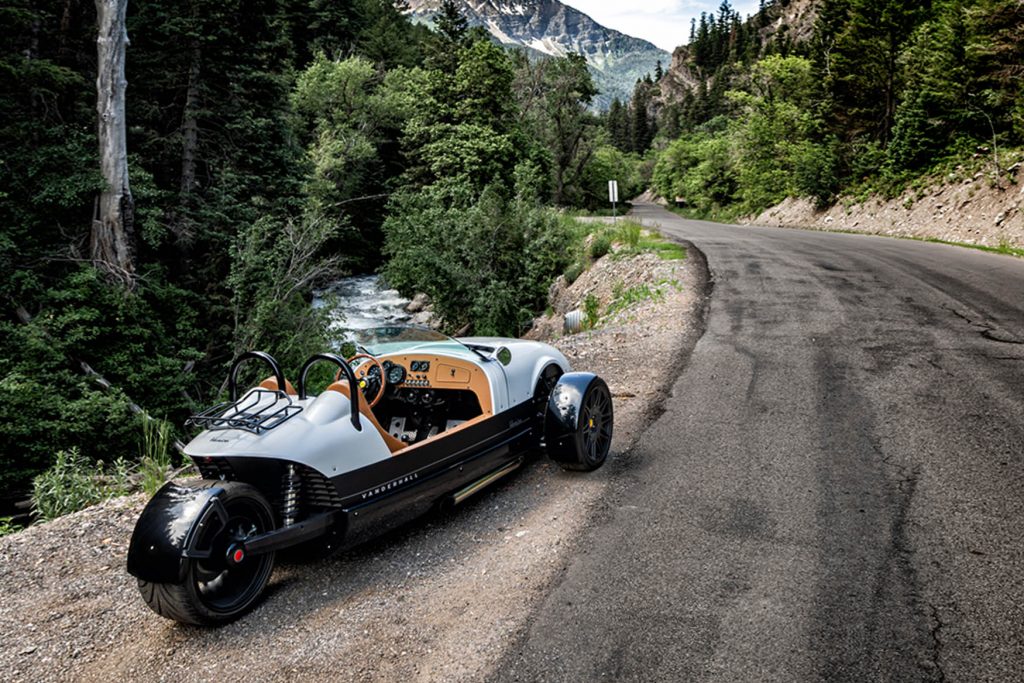