The owner’s manual for the 2020 Corvette appears to provide clear evidence the new mid-engine sports car will spawn at least one plug-in hybrid model variant.

On page 244 of the 2020 Corvette owner’s manual, a diagram is shown for the sports car’s secondary fusebox. The diagram lists fuses for three rather curious items: the power sounder module/pedestrian friendly alert function and a lithium-ion battery module. 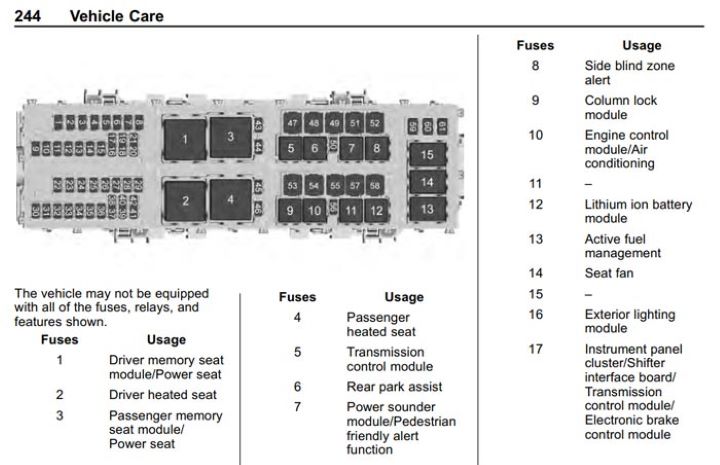 As Corvette Blogger points out, the power sounder module/pedestrian-friendly alert function fuse (#7) is actually labeled the same as fuse #34 in the Chevrolet Bolt EV. The power sounder module is for the intrusion alarm, while the pedestrian alert function is the whirring noise the vehicle makes when driving under pure electric power to alert nearby pedestrians. The purpose of the lithium-ion battery module fuse (#12) shouldn’t need explaining.

Corvette Blogger notes the secondary fusebox is still missing the rechargeable energy storage system fuse as featured on the Chevrolet Bolt EV. This may have to do with the type of hybrid system that will be employed in the Corvette, however. The sports car will only use its hybrid drive system to boost performance, so it seems unlikely it would use the same kinetic energy recovery and storage system as the efficiency-minded Bolt EV.

As we reported late last year, there will actually be two plug-in hybrid Corvette model variants: a less powerful E-Ray model and a ballistic, 900 horsepower Zora model. The E-Ray is rumored to have a small 1.94 kWh lithium-ion battery mounted in the vehicle’s central tunnel, along with an 85 kW electric motor mounted on the front axle. Paired with the Corvette’s 495 horsepower 6.2L LT2 V8 engine, this hybrid setup should give the car about 550-600 horsepower.

The Zora (which has also been referred to as ZR1), will have a similar setup with an electric front axle and a small lithium-ion battery. It will trade the LT2 Small Block for a twin-turbocharged version of GM’s new 5.5L flat-plane crank V8, however, giving it an output of around 900 horsepower. This is expected to be the fastest, most powerful Corvette C8 model variant.

Neither of the plug-in hybrid Corvettes are expected to be able to travel under electric power alone. The lithium-ion battery will be quite small, so the range would be very limited. Additionally, the electric motor will likely only power the front wheels. The upsides to such a small battery pack are that it is light and can recharge quickly – making it perfect for providing short bursts of torque-filled energy under acceleration.

Some Corvette prototypes have been spotted running around with high-voltage orange cables dangling off them – leading some to speculate they are testing this rumored plug-in hybrid powertrain. Our sources tell us these prototypes feature an emergency “twin to turn off” feature that allows the electric front axle to be easily switched off should something go wrong. 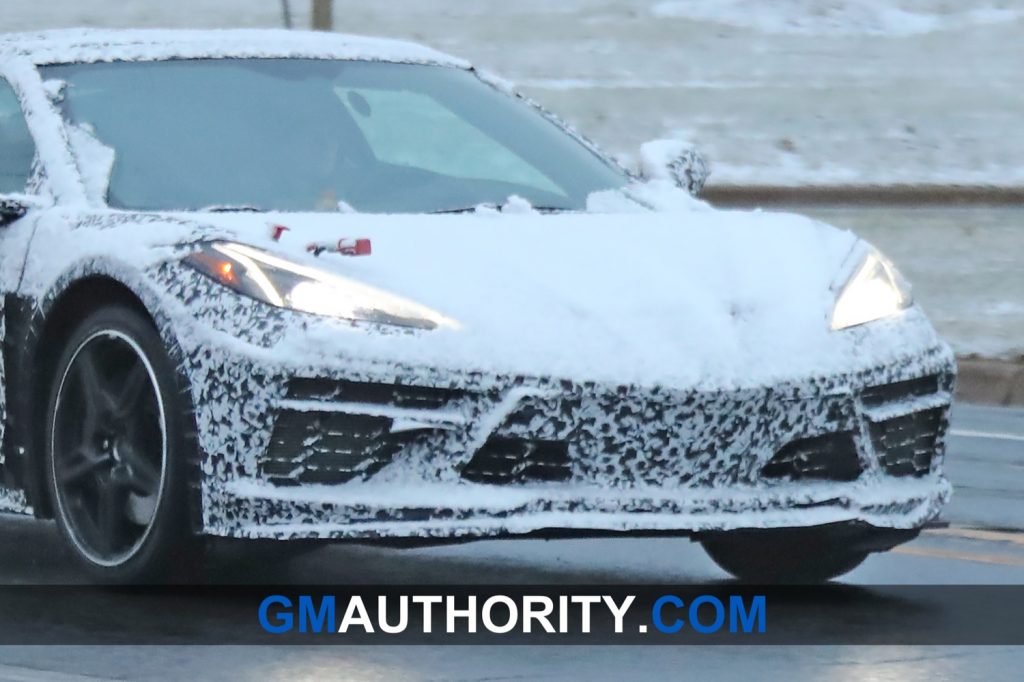 It’s not clear when the rumored hybrid Corvette models may arrive, but they are likely still quite a ways out. Production of the standard 2020 Corvette Stingray and Corvette Convertible only began recently, after all, with the 2019 UAW strike leading to significant delays at Bowling Green Assembly.