Massachusetts State Police recently posted images of a 2020 Chevrolet Trax crossover SUV that was absolutely demolished after it struck several overpasses while loaded onto a car carrier semi truck. 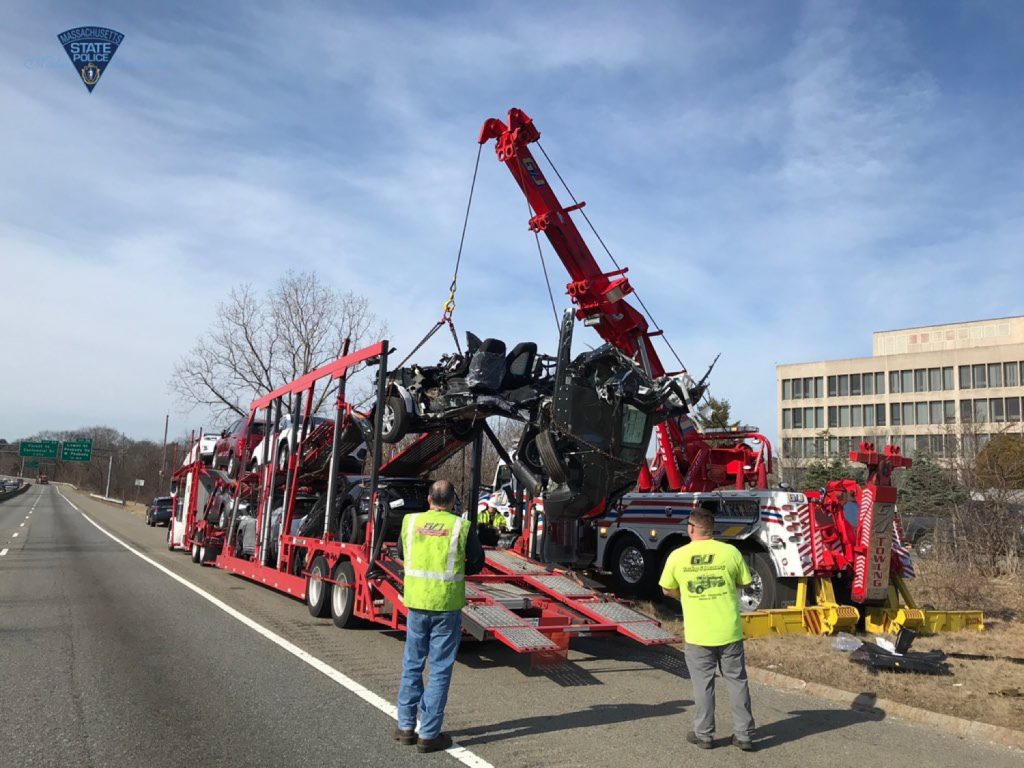 Luckily, no one was injured in the incident. What’s more, the two overpasses were reportedly undamaged by the collision. However, traffic was shut down on Route 128 in order to clean up the wreckage.

The new Trax was apparently fixed to the top of the car carrier, and was too tall to fit under the overpasses. How the driver managed to hit not one, but two overpasses with this poor Chevy remains somewhat of a mystery, but it’s possible the first collision was minor and went unnoticed, while the second collision destroyed the vehicle. 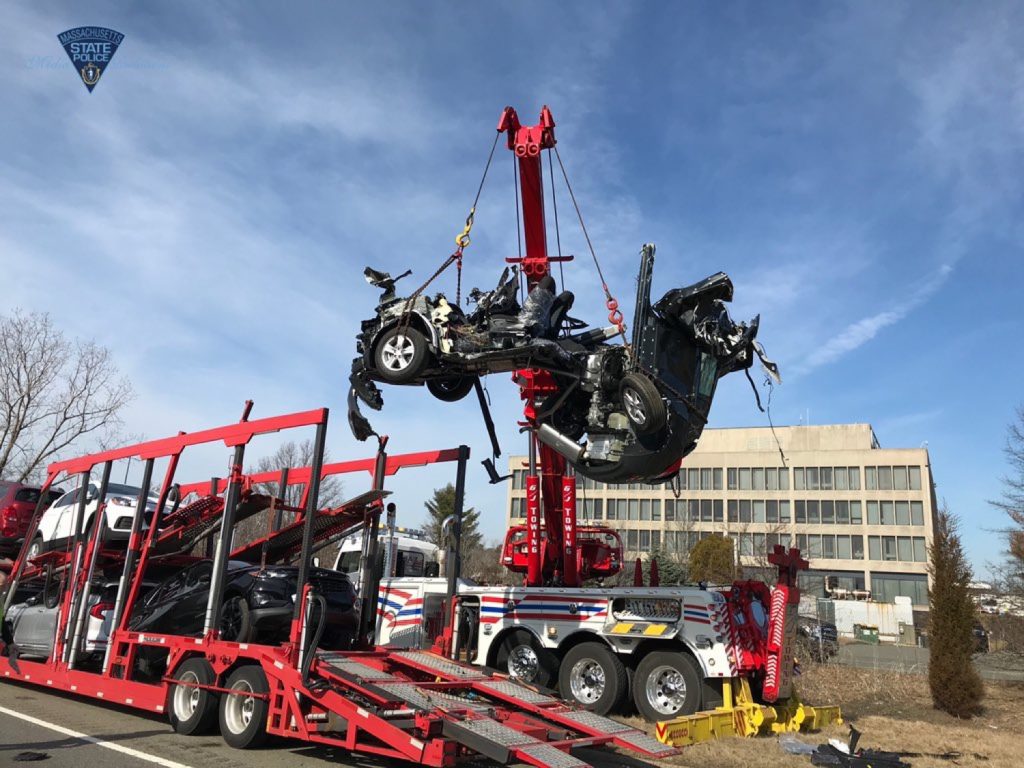 And when we say destroyed, we mean utterly, flat-out demolished. This crossover looks like it didn’t even stand a chance, like it was dropped off a cliff then run over by a tank for good measure. It’s broken in half, with most of the body panels either completely gone or falling off in tatters, while the interior is a tangled mess of wires and ruined upholstery. The wheels might be salvageable, but the rest of it is toast. 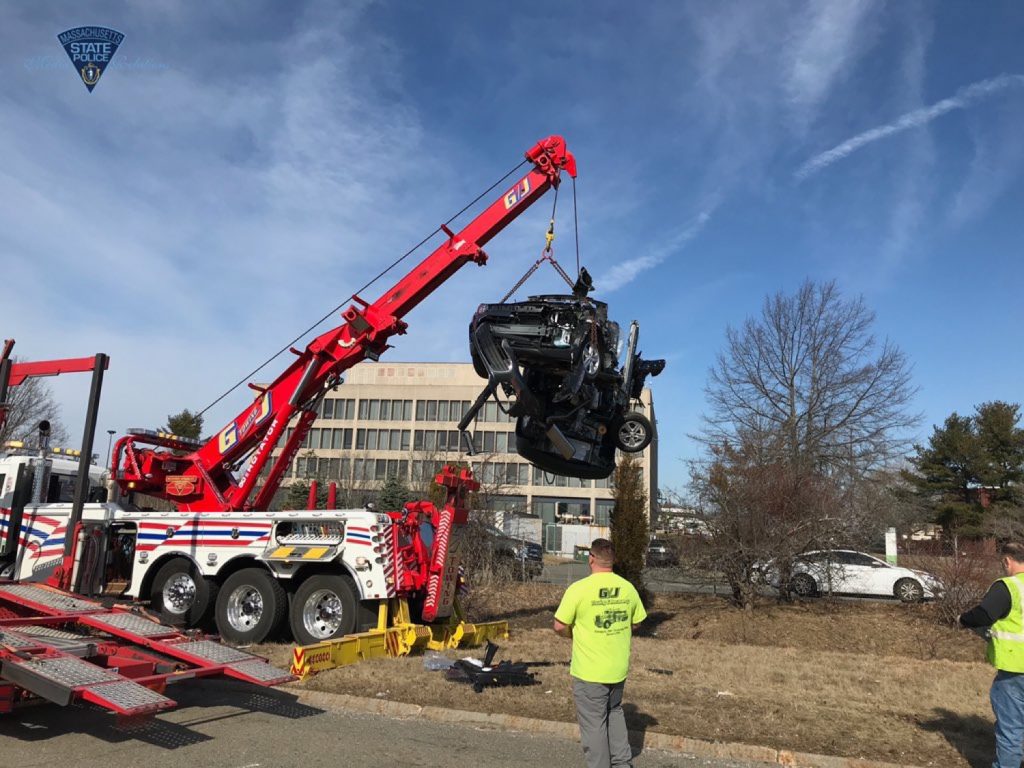 Investigations into the incident are currently ongoing. 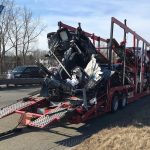 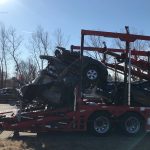 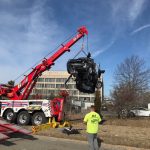 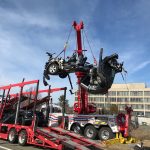 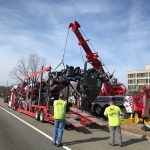 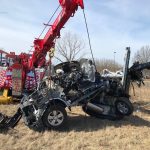