The all-new mid-engine 2020 Chevrolet Corvette is here! Full serial production is under way, and deliveries are now heading out to dealers. Unsurprisingly, one owner was so eager to unleash the Corvette C8 they decided to bring their new coupe straight from the lot to the dyno to see what she’ll do.

Recently posted to social media by Carlyle Racing, the model in question is a Coupe covered in optional Sebring Orange Tintcoat paint and capped with Bright Red-painted brake calipers. Critically, this particular 2020 Chevrolet Corvette doesn’t have the optional Z51 Performance Package, as evidenced by lack of the Z51-specific front splitter and rear spoiler. It also sounds like the optional factory performance exhaust system was not equipped.

In the video description for the second run, the post reads: “440/408 with 20 miles on the car,” indicating that this 2020 Chevrolet Corvette made 440 horsepower and 408 pound-feet of torque.  Chevy advertises output at 490 horsepower at 6,450 rpm and 465 pound-feet of torque at 5,150 rpm without the performance exhaust system. To note, all 2020 Chevrolet Corvette models are equipped with the naturally aspirated 6.2L LT2 V8 engine. 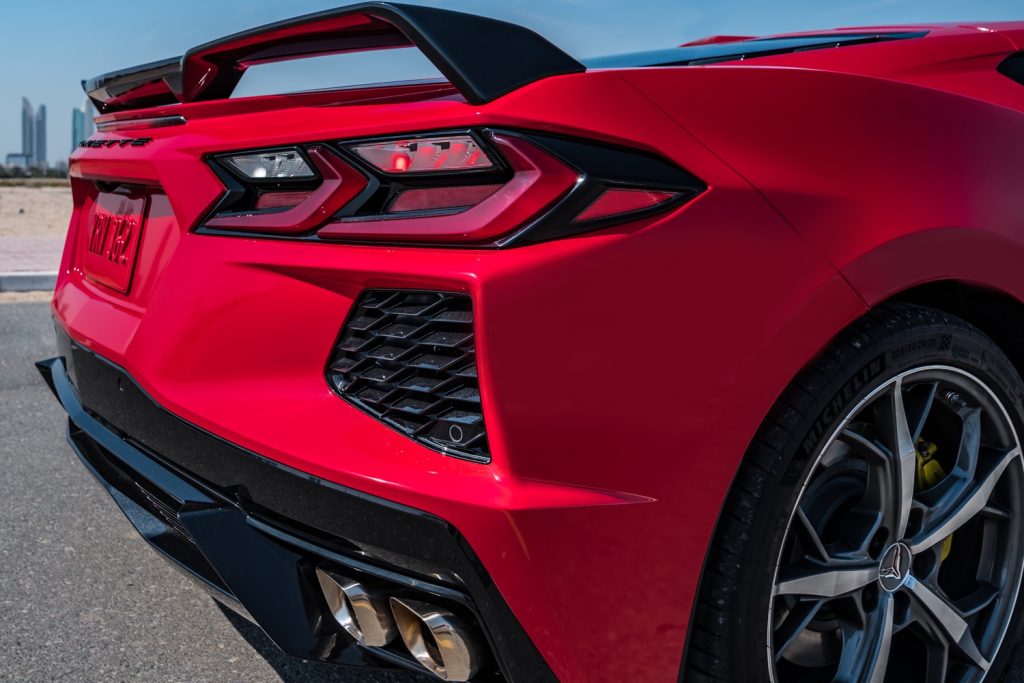 It’s also worth noting that with just 20 miles on the clock, this C8 Corvette is well behind the recommended break-in period. As we’ve covered before, Corvette Chief Engineer Tadge Juechter has previously outlined the C8’s 500-mile break-in period, highlighting that max torque is reduced roughly 25 to 30 percent in first and second gears, while engine speed and redline are not limited.

“So the torque reduction limits the worse of potential break-in wear, but it is not a panacea,” Juechter said. “We will still be asking customers to stay well off max torque and speed for the first 500 miles. We know it’s hard to stay patient when such performance is available, but it will pay off in the long run.”