While we all know the 2020 Chevrolet Colorado ZR2 has the specs and equipment needed to crush it in the rough stuff, we’re getting a look at what the midsize off-roader looks like in zesty Crush orange paint.

As covered previously, the bright Crush paint option was added to the Chevrolet Colorado line for the 2019 model year, dropping in alongside two other paint options, namely Pacific Blue Metallic and Shadow Gray Metallic. We recently spotted the Crush color applied to the Chevrolet Colorado ZR2 on the floor of the 2020 Chicago Auto Show, as featured in the following GM Authority Live Photo Gallery. 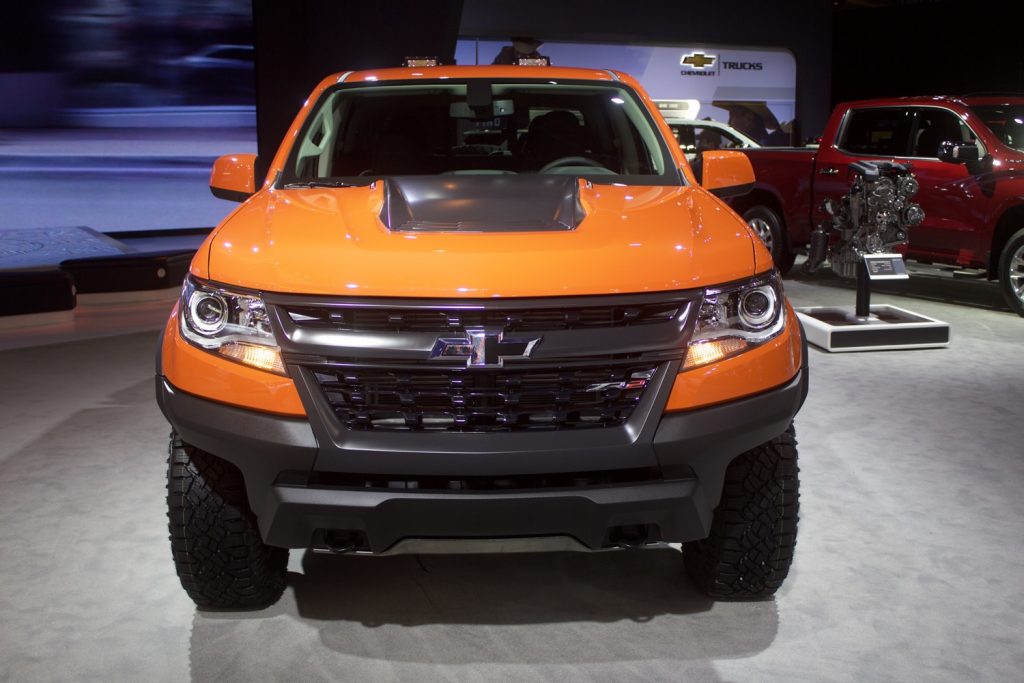 Viewed in profile, the black offset continues with the Chevrolet Colorado ZR2’s flared wheel arches and 17-inch wheels. The pickup also stands tall thanks to a two-inch suspension lift, while suspension components like Multimatic DSSV (Dynamic Suspension Spool Valve) dampers keep it glued to the trail. 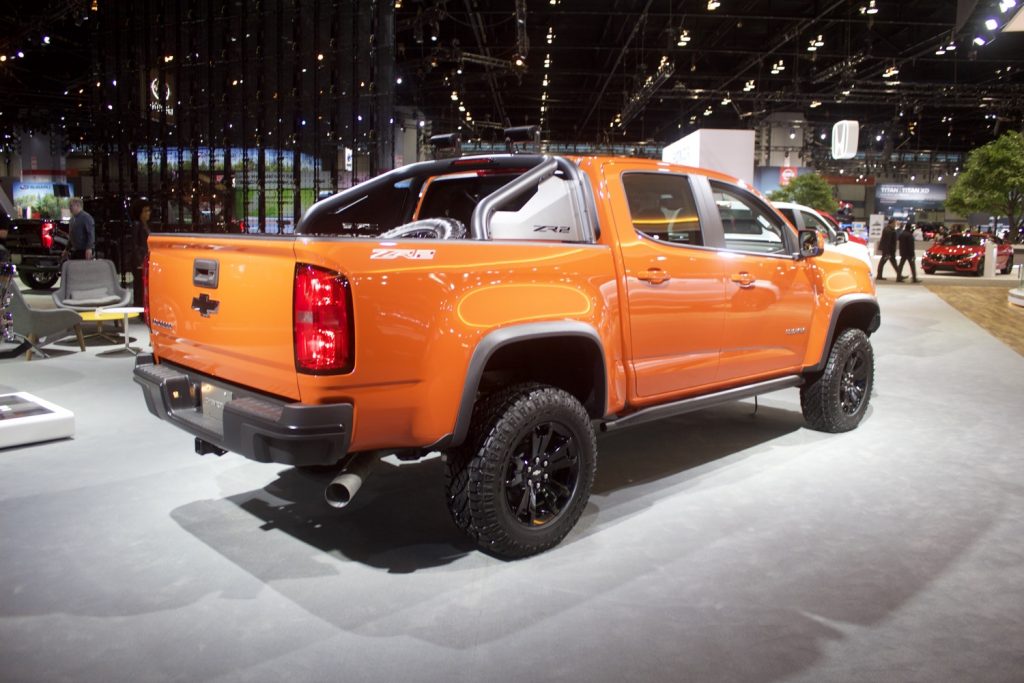 In back, a black bumper treatment bookends the pickup, as do the black badges. Don’t forget the requisite ZR2 graphics on the rear fenders. 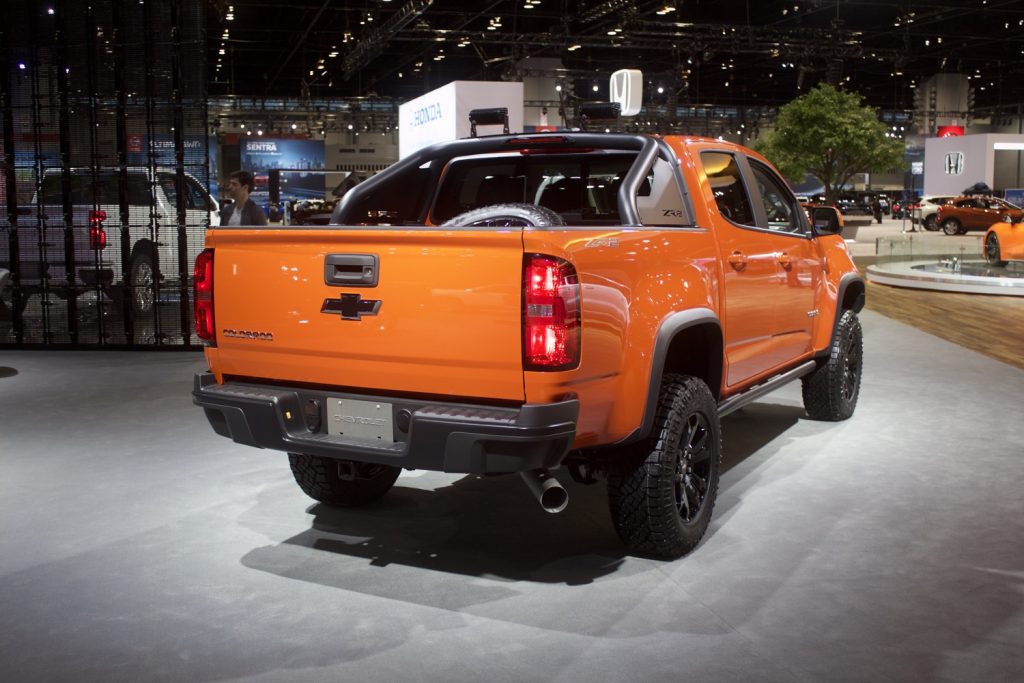 To note, the 2020 Chevrolet Colorado ZR2 is the pre-facelift model, with the 2021 model year bringing a new, aggressive fascia. Back in January, we spotted the face-lifted Chevrolet Colorado ZR2 out on public roads. We also saw it at the 2019 SEMA Show in Las Vegas, as covered in a previous Live Photo Gallery. The new fascia comes with a three-dimensional treatment and mesh grille with flow-through logo bar. 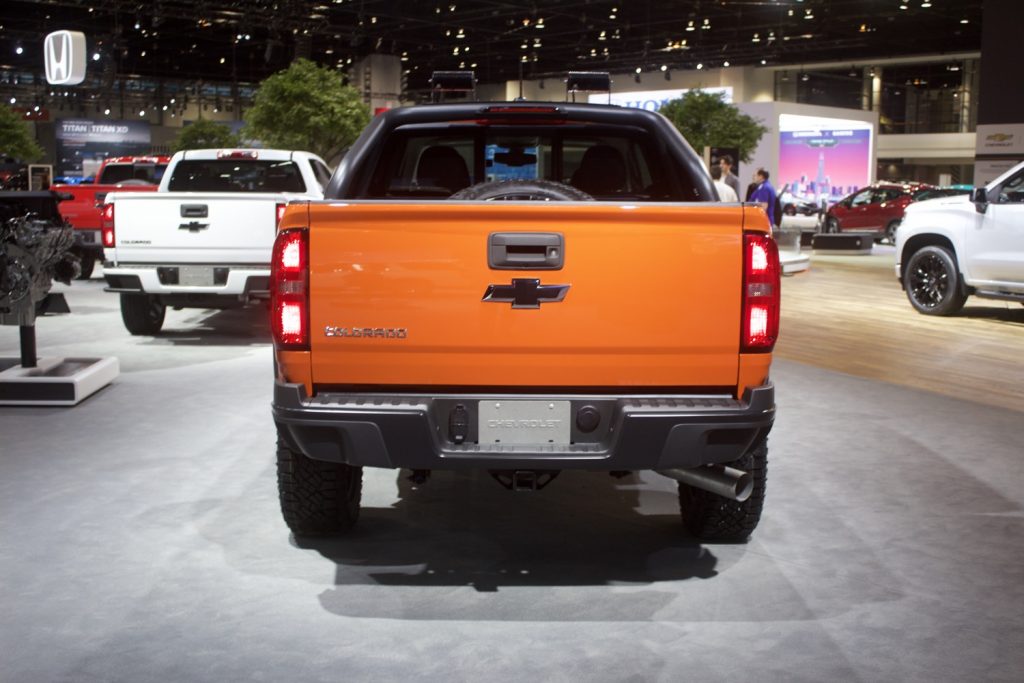 Regardless, we think the Crush paint looks quite nice on the 2020 Colorado ZR2, especially with those contrasting black accents and black wheels.

What do you think about this bright paint treatment on the Colorado ZR2? Let us know your thoughts in the comments, and make sure to subscribe to GM Authority for more Chevrolet Colorado news, Chevrolet news, and around-the-clock GM news coverage.