Oldsmobile departed the scene in 2004, but with more than 100 years of history behind it, there are volumes of standout successes to point to. One of those successes is the Oldsmobile 442, which hit the muscle car world with impressive style and power, all wrapped up in a sleek wrapper. First offered as an option package for the Cutlass, the 442 name became a standalone model line in 1968, and now, this prime example from 1970 is headed to auction. 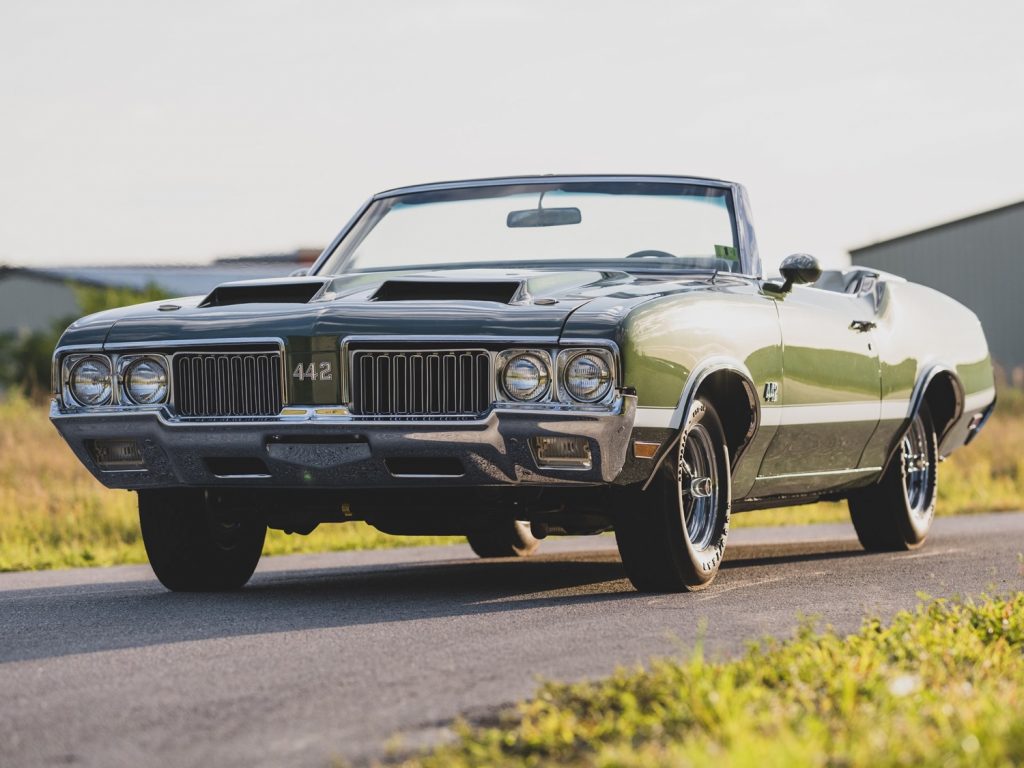 Originally sold through Wisecarver Oldsmobile in Berryville, Virginia, this 1970 Oldsmobile 442 Convertible looks pristine thanks to a frame-off restoration. The characteristic dual-snout ram air hood sits above well-polished chrome in the fascia, while dual sport mirrors sit at the shoulder line in the profile. The whole shebang is covered in Sherwood Green paint, which looks fantastic on the 442’s hard lines and creases. The green paint is offset by white accent striping and a white power top. 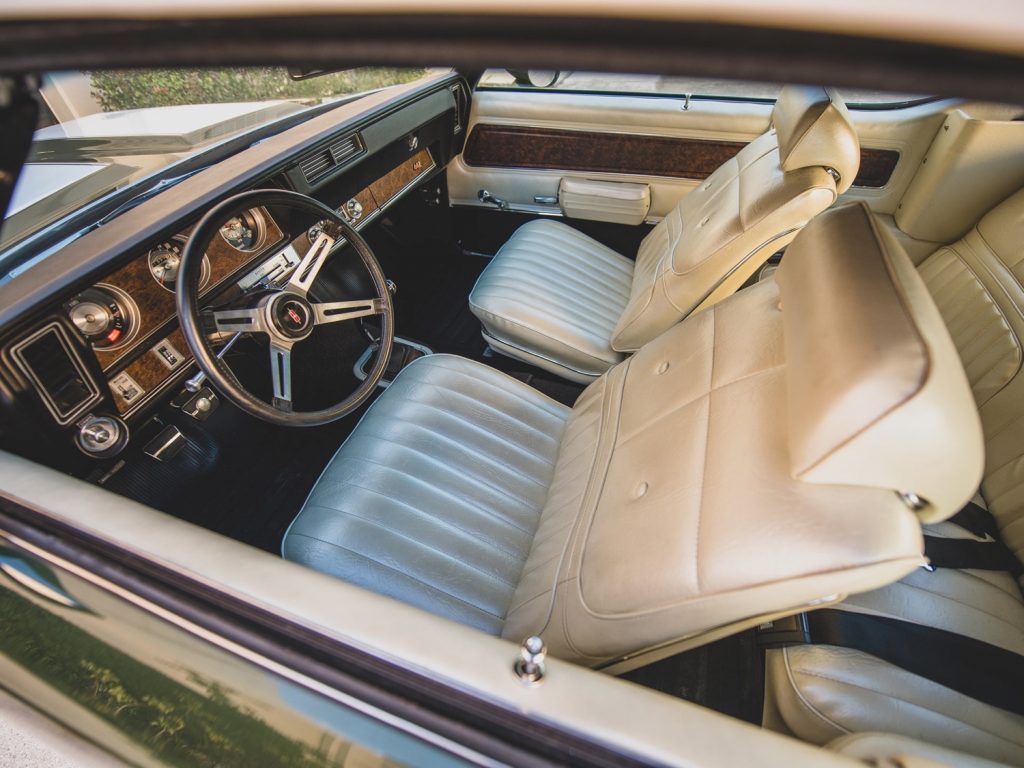 More white coloring can be found in the cabin space courtesy of the Parchment upholstery treatment for the front bucket seats and rear bench, which is offset by black carpeting and wood trim. An AM/FM radio and clock are included as well. 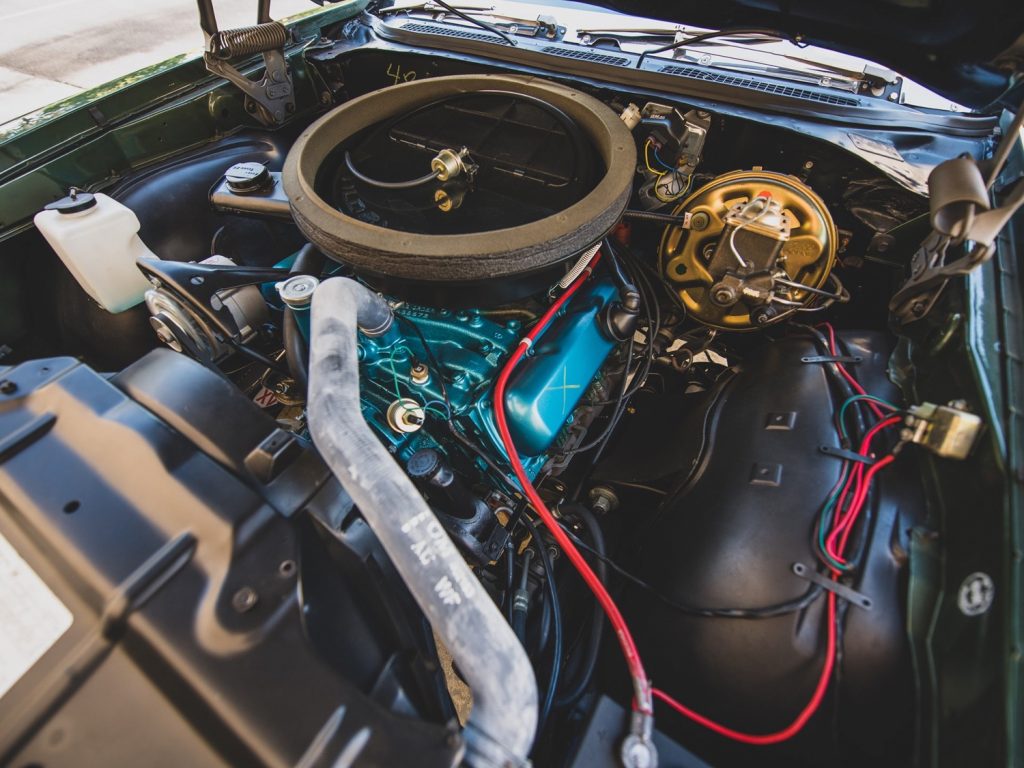 Under the hood, we find the 1970 Oldsmobile 442’s party piece – a 455 cubic-inch V8 engine, which sends power rearwards via a four-speed manual transmission. Power steering and power brakes help to harness the ‘eight’s prodigious output and torque. 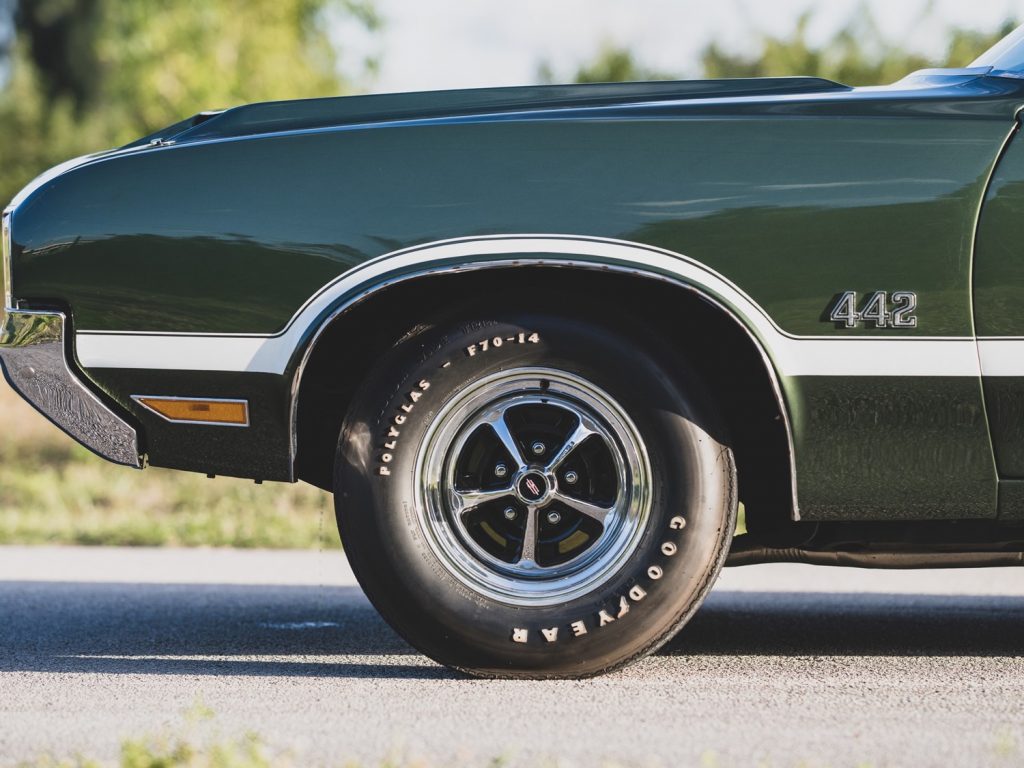 This particular 1970 Oldsmobile 442 also includes the original build sheet, spare tire, and jack, and is offered as one of just 2,933 examples produced for 1970. This particular example shows 31,400 miles on the odometer. 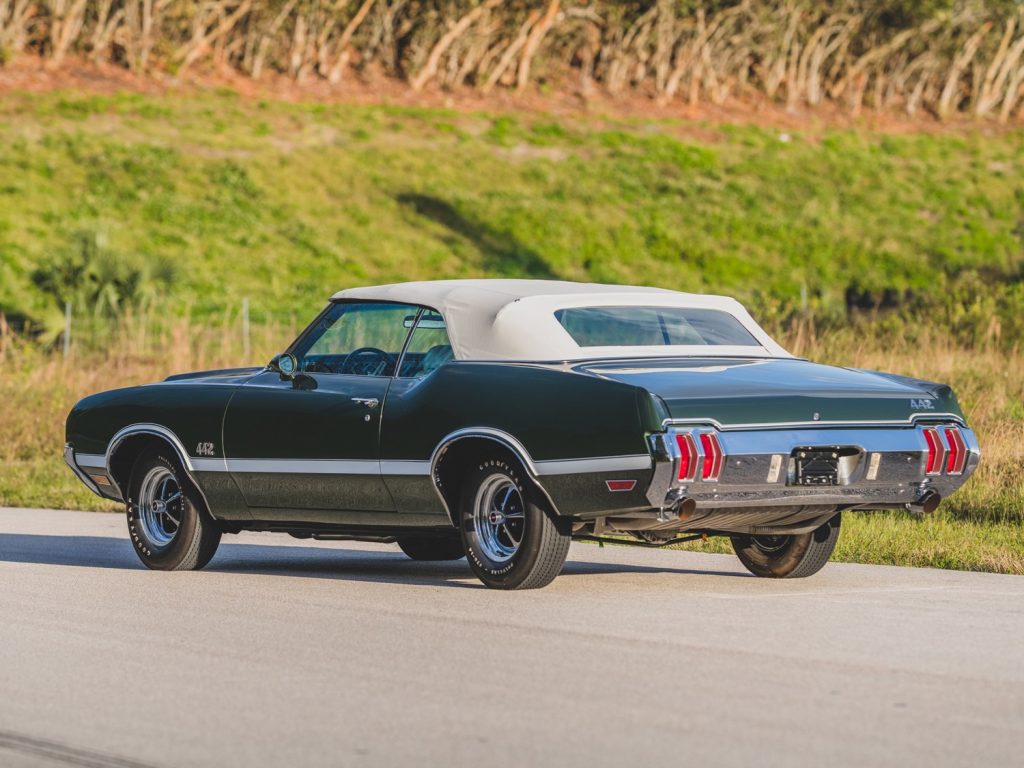