By the time the Buick Roadmaster hit the 1954 model year, it was enormous. Built on the GM C-body platform, underpinnings also shared with both Cadillac and Oldsmobile, the 1954 Roadmaster grew substantially compared to the preceding 1953 model year, adding about five and a half inches to the wheelbase, and over nine inches in overall length. All that space made for a comfortable interior, as did a plethora of high-end power features. Throw in the Nailhead V8 engine under the hood, and the Roadmaster definitely lived up to its name. Now, this well-polished convertible model heads to auction in Indiana. 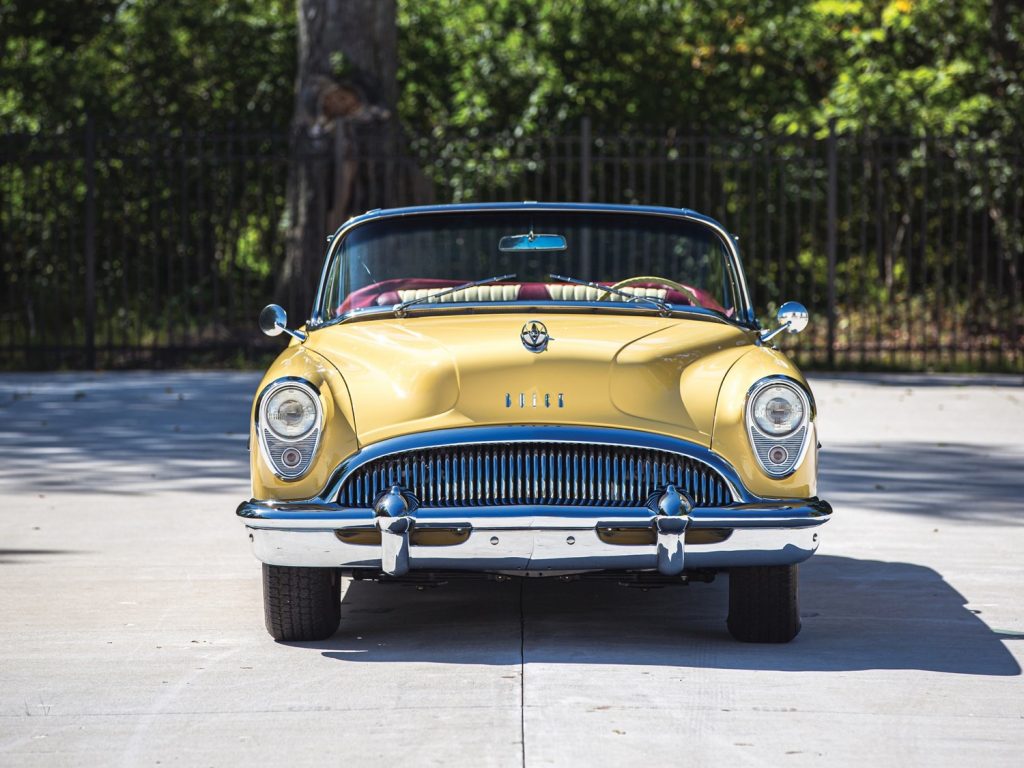 This 1954 Buick Roadmaster Convertible presents in stunning condition as a result of a well-documented body-off restoration. The sculpted body lines are draped in Condor Yellow exterior paint, while 15-inch Coker chrome wire wheels wrapped in whitewall tires take up the corners. A red top drops back to reveal the cabin space, while additional chrome trim leads the eye rearwards to an extended rear tail section. 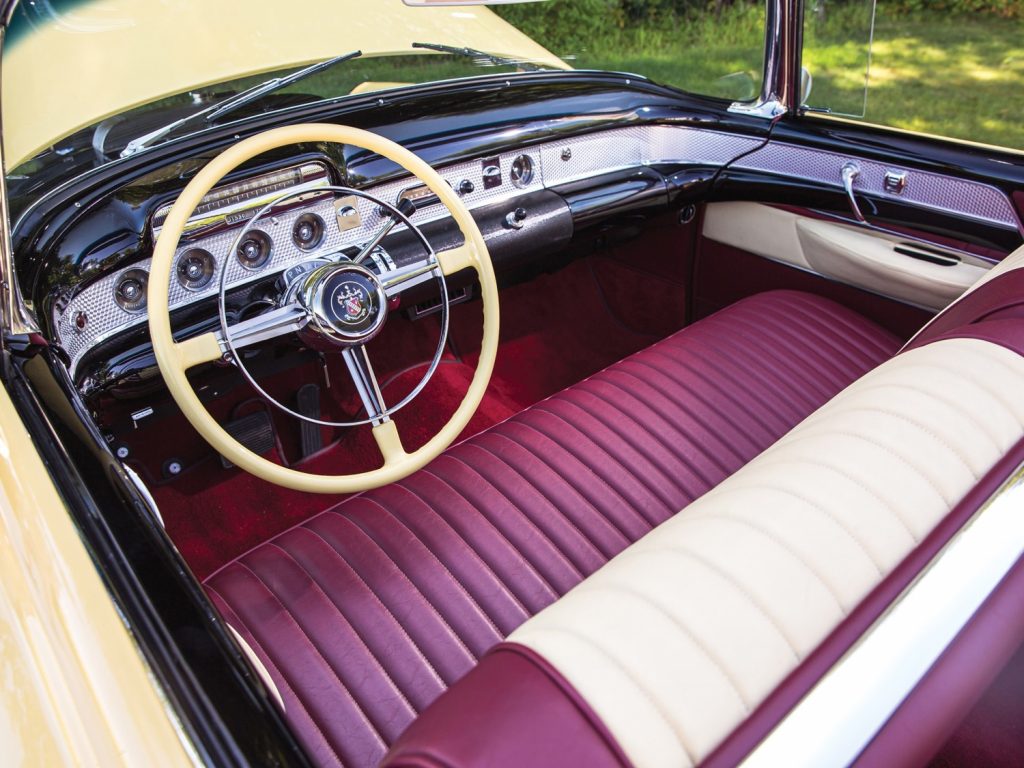 Moving inside, we find the same head-turning red-and-yellow color scheme applied to the upholstery. The previous owners also saw fit to upgrade the machine with a number of modern touches, including air conditioning and seat belts, making this 1954 Buick Roadmaster Convertible a fantastic candidate for enjoying on the road and at events. 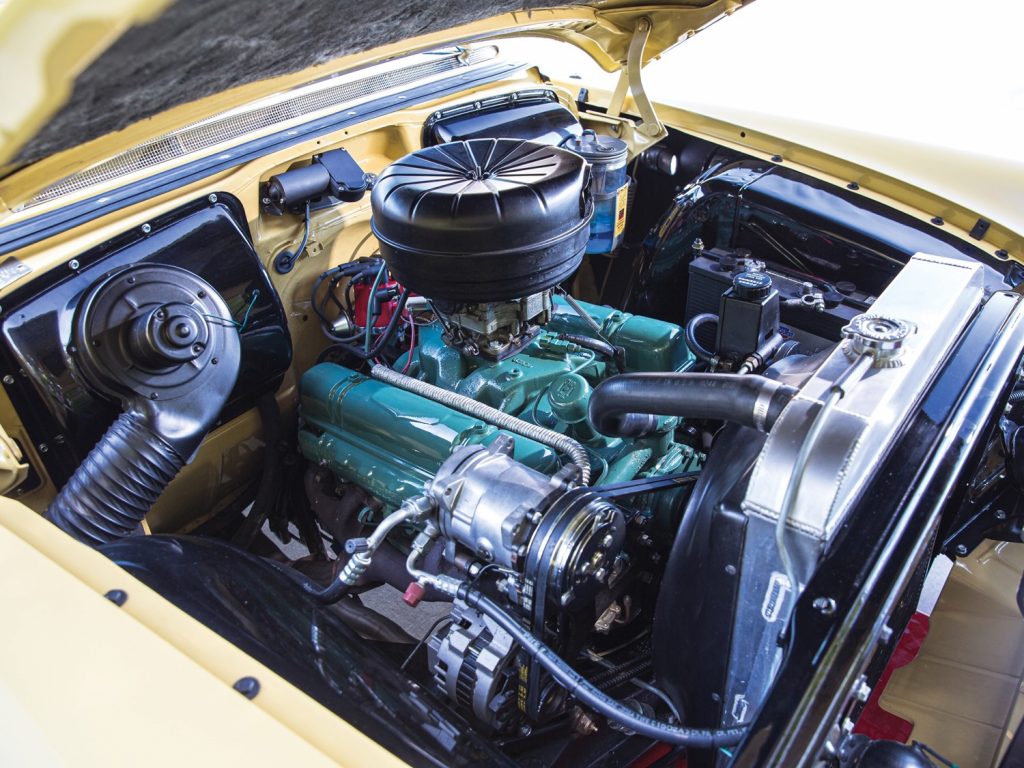 Motivation is sourced from a 322 cubic-inch (5.3L) Nailhead V8 engine, which mates to a Dynaflow transmission. To keep the engine running nice and cool, this particular example was also upgraded with an aluminum radiator. 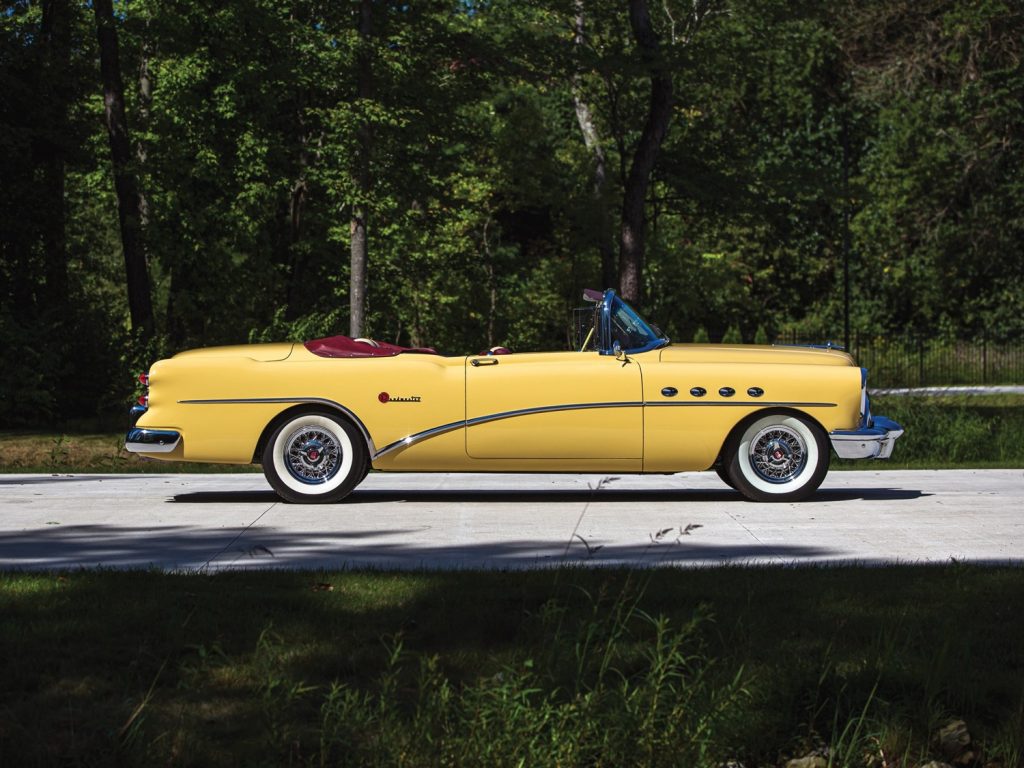 From the stunning color combination, to the audacious physical size, this 1954 Buick Roadmaster is a fantastic cruiser. Now, it’s headed to The Elkhart Collection event hosted by RM Sotheby’s, which is scheduled to take place May 1st and 2nd in Elkhart, Indiana. The vehicle will be offered at no reserve. 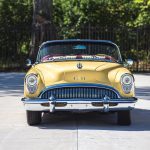 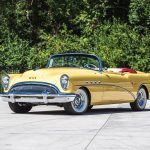 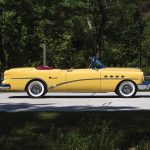 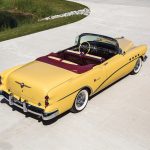 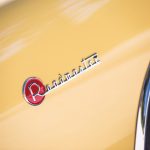 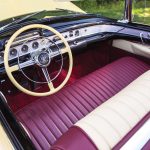 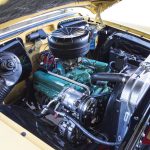