The 1977 Cadillac DeVille isn’t your typical terra firma shredding drag racer monster machine, but that’s exactly why we love this video. With a big block V8 under the hood breathing more nitrous than a junkie dentist, this classic Caddy can sprint down the eighth-mile drag strip in the low-five-second range, all with the grace of a blue whale with a rocket engine strapped to its back. Did someone say sleeper? 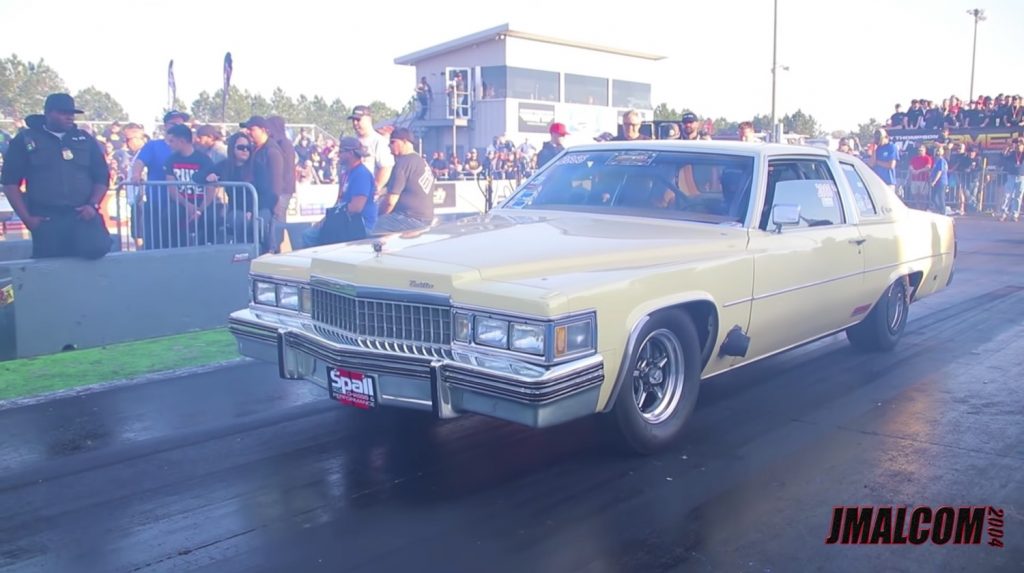 Posted online by YouTube user Jmalcom2004, the video is just three minutes, 11 seconds long, but shows the high-powered Cadillac DeVille make a few passes and scorch the rear rubber in the burnout box, giving us a good taste of what this thing is packing.

The best run of the video is a 5.264 at 131.36 mph. That’s a quick time, no doubt about it, but seeing it from a massive old-school Cadillac DeVille is eye-popping, to say the least. 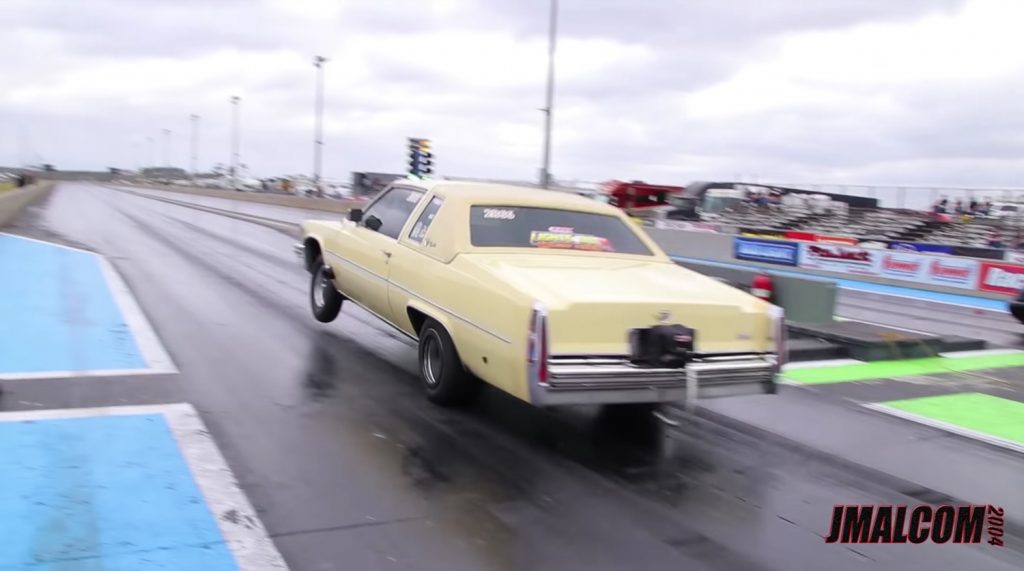 It’s not just the size of the machine that makes this dragster interesting. It’s also the way it moves. As soon as the tree drops the green, this Cadillac DeVille is off the line with both front tires in the air. There’s no fuss from the rears – it just grips and goes, flying down the drag strip in a flurry of V8 noise and bright chrome bumpers. Maybe it has something to do with the machine’s massive weight shoving those wide rear slicks into the pavement that gives it all that traction. 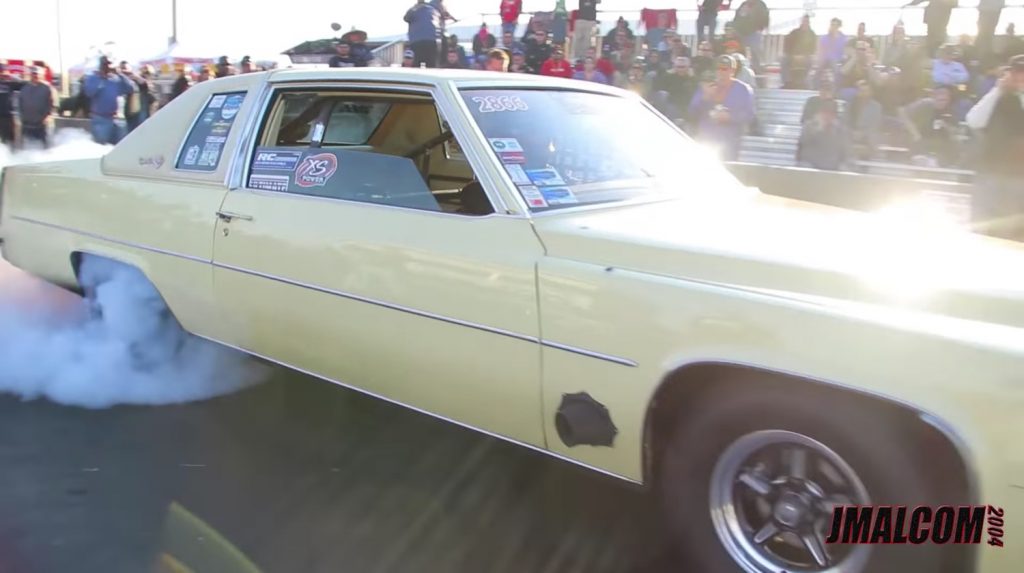 Kudos to the owner for building something that’s different – and fast, for that matter. While we’ve seen loads of quick Camaros, S-10 pickups, Corvettes, and the like, this Cadillac DeVille stands out. Impressive stuff. Now we just wanna see what it’ll do in the quarter mile – and exactly what it’s got going under the hood.