With a new mid-engine layout, eight-speed dual-clutch transmission and sophisticated electronic rear differential, the Corvette C8 is among the fastest accelerating vehicles in the world. General Motors claims the sports car can hustle from 0-60 mph in just 2.9 seconds, but third-party tests have even managed to beat that.

It’s not just the Corvette’s hardware that helps it accelerate fast, though. Chevrolet also developed new launch control software for the car, which reduces wheelspin and ensures the Vette can perform consistent 0-60 mph launches. 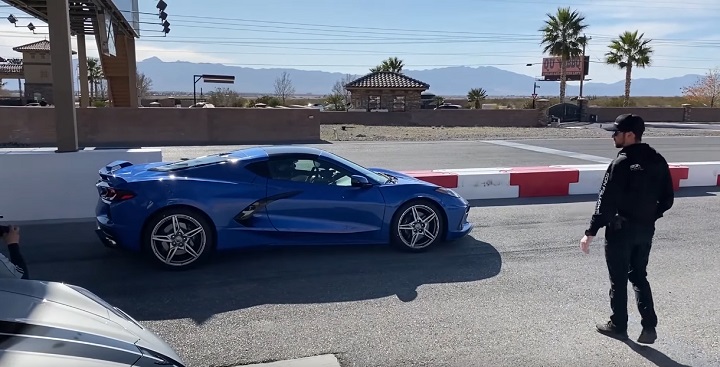 Corvette Blogger recently attended the media launch of the new Corvette C8, which included a track session at the Spring Mountain Motor Resort & Country Club. This gave the Corvette-obsessed publication some time to stand in the pits and record the numerous media vehicles as they performed launch control-enabled accelerations out of the pits. The site also climbed aboard a Corvette C8 for a ride and recorded the launch control demonstration from the inside of the vehicle as well. If you’ve ever wanted to see the Corvette C8’s launch control system in action, this is the video you’ve been looking for.

To enable launch control in the 2020 Chevrolet Corvette, the driver must put the vehicle into Track mode and double-tap the traction control button. This will bring up the Performance Traction Management menu on the driver’s display, which has four different traction settings: Wet, Dry, Sport I, Sport II and Race. They can then select the ideal traction mode, engage the brake, floor the gas and let go of the brake once the revs have hit 3,500 RPM.

In addition to the launch control software and other enhancements, the Corvette C8’s breakneck acceleration can be partially attributed to its very sticky Michelin Pilot Sport 4S summer tires. These performance tires are an option on the car, though, as base models include standard three-season Michelin Pilot Sport All-Season 4 rubber.

Be sure to check out the Corvette Blogger embedded below to see the 2020 Chevrolet Corvette’s launch control mode in action.