Critters and vehicles do not mix. Squirrels, chipmunks and other rodents have been known to make their way into the engine bay or other parts of cars that have been parked for a long time, where they will create and nest and sometimes even chew through the car’s wires and hoses.

But one family recently had to deal with a much larger type of creature that had made its way into their GMC Yukon: a brown bear. In the Facebook video embedded below, the bear is seen approaching the family’s GMC Yukon SUV before standing up on its legs and opening the door to the car. The bear then enters the vehicle, with the door closing behind it and trapping it inside. 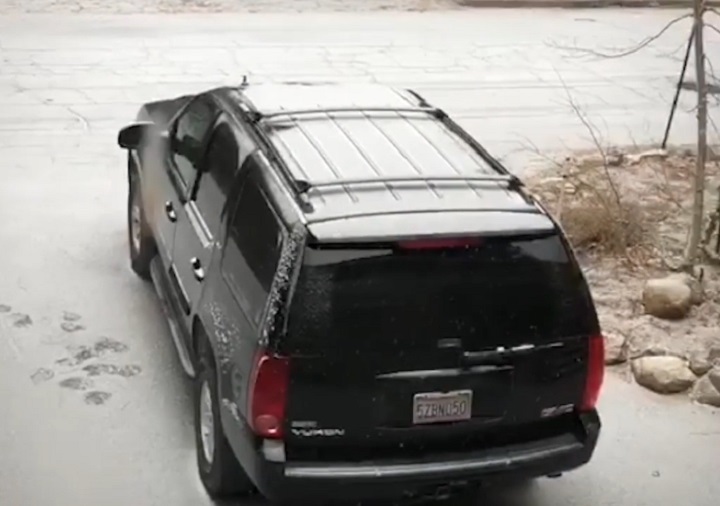 Realizing the grizzly will probably tear up the inside of his SUV in its endless search for food, the owner of the vehicle springs into action. He is seen running out of the house before quickly opening the SUV’s front passenger door, allowing the confused grizzly to exit the vehicle and continue on its way.

While a stressful situation for the GMC Yukon owner, this isn’t so uncommon in areas of the country with large bear populations. The animals are highly curious, have a strong sense of smell and are thus known to break into cars to investigate any object that may smell or look like food. This Yukon owner was actually quite lucky the bear used the door handle and entered the vehicle the proper way, as they will sometimes cause damage trying to force their way into a locked vehicle if they suspect it may contain food. 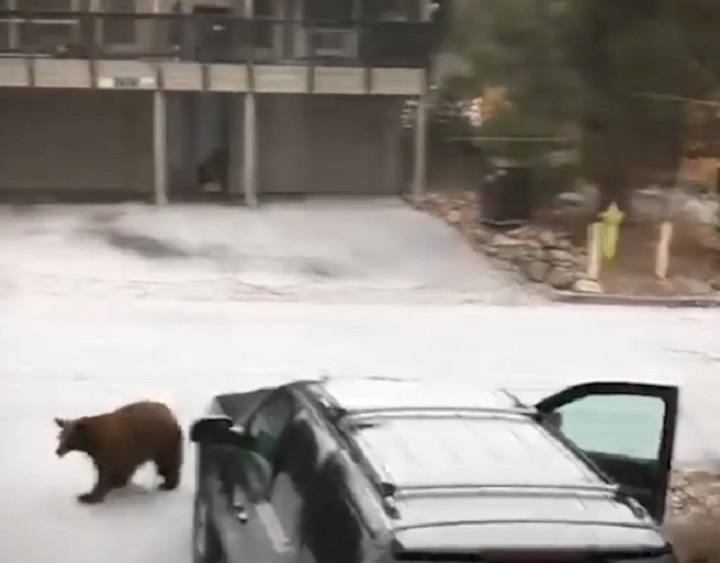 This video also features two other clips of bears breaking into cars, including one where the bear takes a big ol’ chomp out of the vehicle’s headrest and another where the animal clambers into a new Jeep Gladiator pickup. Check it out embedded below.