We’ve seen all sorts of weird and interesting vehicles driving on Michigan roads, mostly from the Detroit Big Three, but this custom-built Chevrolet Lumina APV snowplow truly stands out among the rest.

A listener of Detroit morning radio show Dave and Chuck The Freak sent in a photo they took of the Lumina APV snowplow driving on a street in Michigan. The radio station then posted the photo of the van to its Facebook page, leading other listeners to chime in and post their own photos they had taken of the odd-looking minivan snowplow out and about on the state’s snowy roads. 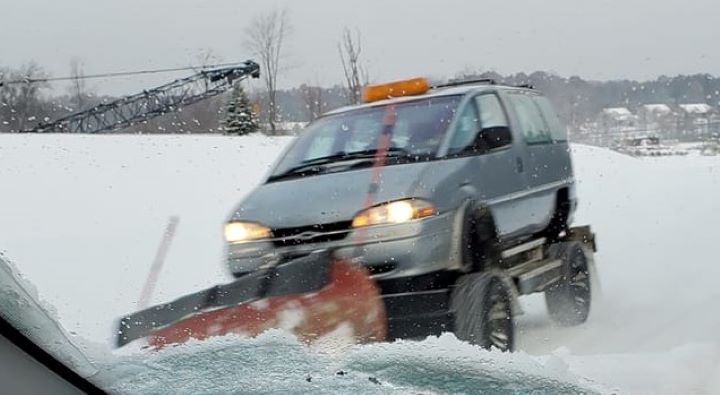 We don’t have any information on this head-scratching custom creation, but it appears to use a large body-on-frame truck platform of some sort, along with the body from a post-facelift Lumina APV, likely a 1994-1996 example. It’s hard to tell if the suspension has been lifted, or if the van is simply sitting high on the truck chassis, but the vehicle itself appears to be riding very high and is nearly as tall as the gas pump in the lead photo.

These photos show two different wheel/tire combinations on the van, so we initially thought there may have been two different Lumina APV snowplows running around on Michigan roads (that would really be something) but after some analysis, we think the owner of the vehicle switched the wheel and tire combination between the photos. In the photos directly above and below, the van is shown with larger aftermarket wheels, whereas the photo taken of it at the gas station shows it with older steel wheels. The vans in both photos share similarities, though, such as the weird second door handle on the sliding door (which appears to be from the home improvement section) and the big rear mudflaps. 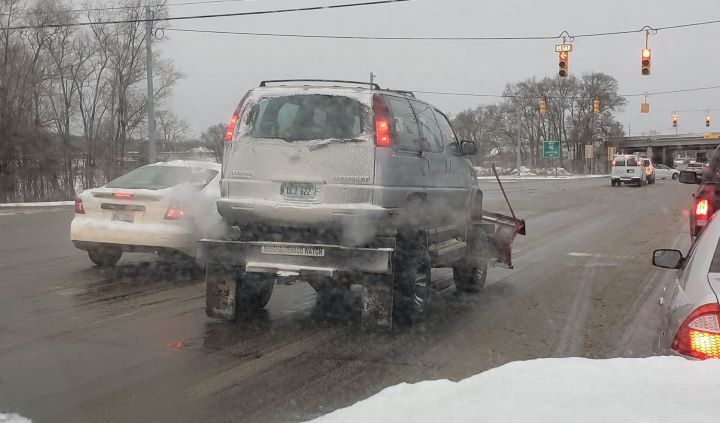 It’s unclear what the motivation behind building a minivan snowplow would be, unless you wanted to take the whole family out for an exciting night of plowing a local parking lot, but we have to give the builder some credit. As strange as it may be, this Lumina snowplow actually appears to be fairly well-executed. At the same time, though, we’re not sure what we’d think if we hired a snow removal company and they showed up in this.

Source: Dave And Chuck The Freak Fans on Facebook