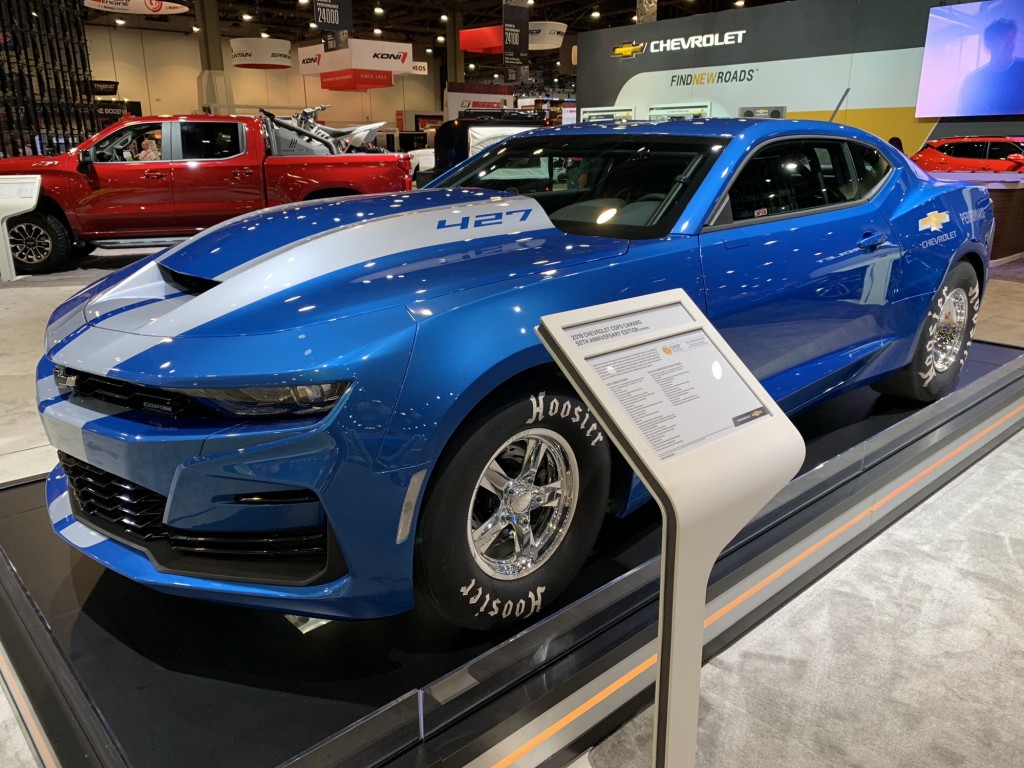 The 2019 Camaro COPO 50th Anniversary was purchased new by Hughes from Turnkey Automotive in Michigan, according to Racepages Digital. The car replaces the 2016 Camaro COPO that Hughes previously raced in the NMCA Factory Super Cars class, which featured a 2019-spec version of the supercharged 350 cubic inch V8 offered in the Camaro COPO from the factory. Hughes’ Camaro COPO 50th Anniversary features the same supercharged 350 cubic inch V8 as the 2016 car he’s replaced, so it won’t take too much getting used to for the experienced racer. The only transmission offered with the Camaro COPO is an SFI-approved ATI TH400 three-speed automatic.

Hughes said he replaced his 2016 model year COPO as he never properly fit into it. His previous Camaro COPO was never modified to fit his 6-foot, 7-inch frame, so he decided to start with a clean slate and get a car that could accommodate his large stature. After taking delivery of the car from Turn Key Automotive, he brought it to David Janes Race Cars (DJRC) in Missouri to have the roll cage adjusted and make some other changes to his liking. His initial impressions after testing the car at Bradenton Motorsports Park in Florida were good and he believes his team is well-poised for the season opener, which will be held at the Tampa-area raceway.

The NMCA Factory Super Car class is for turnkey, factory-built drag machines like the Camaro COPO, Dodge Challenger Drag Pak and Ford Mustang Cobra Jet. The class will join other NMCA classes at the organization’s 2020 season opener at Bradenton. The event, officially titled Muscle Car Mayhem presented by Holbrook Racing Engines, will be held from March 5-8.