The all-electric pickup segment just got a little bit bigger with the announcement of the new Nikola Badger.

Offered by the Arizona-based EV startup Nikola Motor Company, the Nikola Badger is framed as a do-it-all, high-powered battery-electric pickup truck. Not only is the Badger slated to offer all-electric power as a BEV (battery electric vehicle), but it will also come in a FCEV (fuel cell electric vehicle) configuration for those who may be interested in hydrogen power. 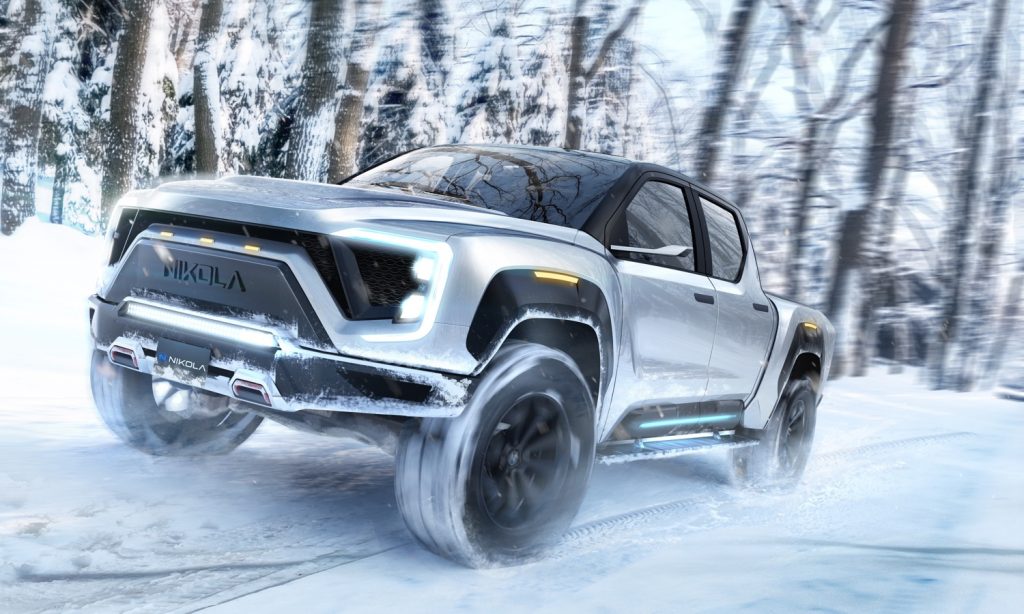 The Nikola Badger will be able to operate in a blend of power modes when equipped with fuel cell tech, offering up an estimated range of 600 miles with H2 fuel, or 300 miles while in BEV mode. Output is rated at a healthy 906 horsepower and 980 pound-feet of torque, with the 60-mph sprint completed in about 2.9 seconds.

“The electric pickup is designed to handle what a construction company could throw at it and is engineered to outperform all electric pickup trucks on the market in both continuous towing, horsepower and range,” the automaker states in a press release. Nikola also says the new BEV/FCEV will come equipped with an electrical outlet for tools, lights, compressors, and other such equipment. 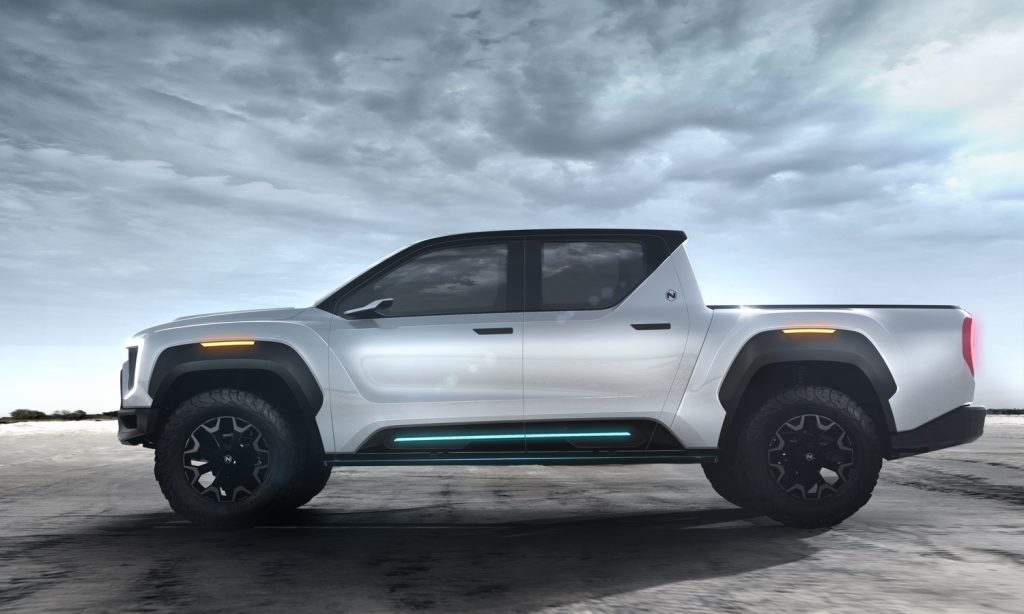 The startup automaker also claims that the Nikola Badger will launch from a standstill on a 30 percent grade with a fully loaded trailer and combined vehicle weight of 18,000 pounds without stalling.

Inside, there’s seating for up to five passengers, and a futuristic dash design highlighted by a large central infotainment screen. 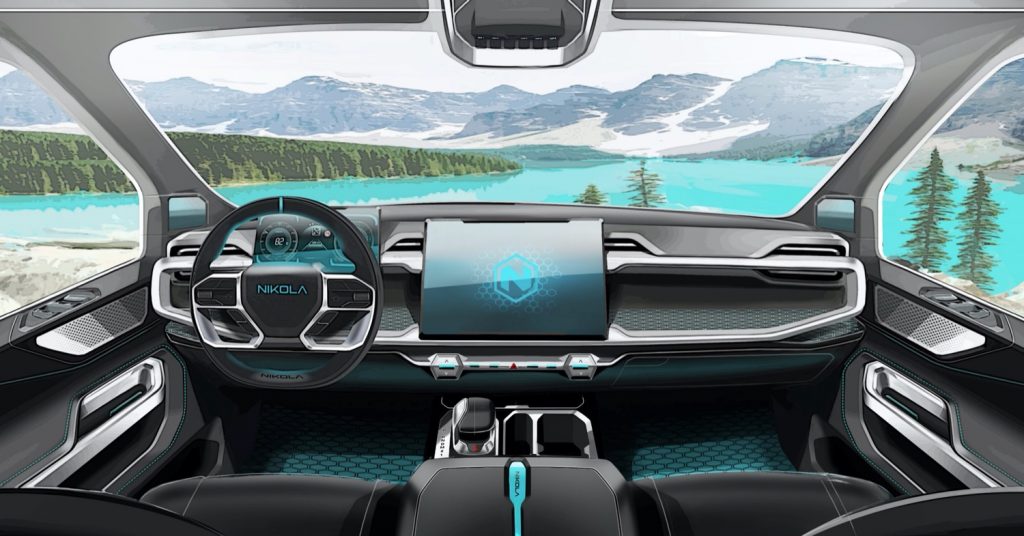 The new Nikola Badger will debut in September. Pricing information is currently unavailable, but the automaker says it plans on taking limited reservations later this year. When it debuts, the Nikola Badger is primed to rival the all-electric Ford F-150 and Tesla Cybertruck, not to mention the recently announced GMC Hummer EV. 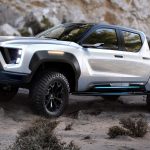 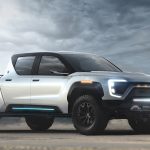 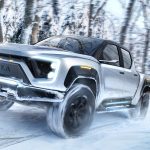 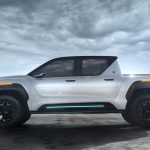 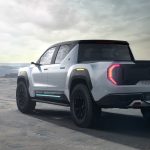 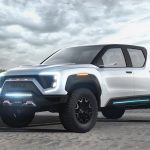 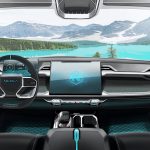 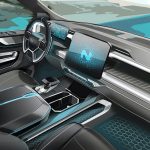