The new Glickenhaus 004C GT3 car completed its first shakedown test at the Cremona Circuit in Italy this week ahead of an appearance at this year’s Nürburgring 24 hour.

The new GT3-spec racer serves as the successor to the Glickenhaus 003, which was also developed for the GT3 ruleset and took overall pole position at the Nürburgring 24 hour in 2017.

Powering the 004C race car is General Motors-sourced 6.2-liter V8 built around an LT4 block. The engine was put together by Italian firm Autotechnica Motori, which builds engines for a multitude of open-wheel series and also built the Honda-sourced turbo V6 that powered the 003C. 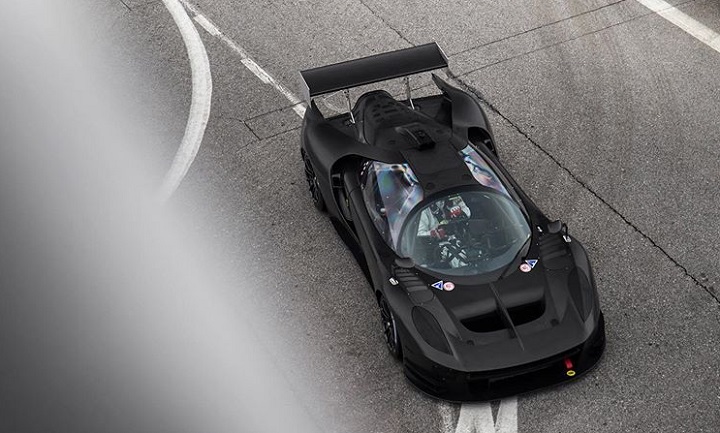 Jim Glickenhaus, the founder of the boutique manufacturer, laid praise upon the Small Block V8 after the shakedown test for its compact size.

“The interesting thing about using the small-block Chevy is that it’s a pushrod engine,” Glickenhaus told Sportscar365. “It can’t rev very high, but GT3 engines can’t rev very high anyway with the restrictors. You get a very low center of gravity and it’s a very compact engine, so there’s a tremendous amount of space around it to blow air around and keep it cool.”

“This morning when we were running, we even had to start taping the radiator to get the temperatures up because the oil temps were getting low.”

Glickenhaus says the GM Small Block’s torque and power delivery will help the 004C claw its way out of the corners at the demanding Nürburgring, giving it an advantage over their old Honda powerplant.

“The other thing about the car for the Nordschleife is that with the low-end torque, we’re going to be able to be faster coming out of the turns than we were with the 003C,” he said.

The 004C GT3 car was built by Italian engineering firm Podium Advanced Technologies, which also built the 003C, and is being developed in partnership with SCG. The race car serves as a precursor to the coming 004C road car, which will join the SCG Boot off-roader in the American automaker’s burgeoning vehicle lineup. The Boot, for its part, beat the new Ford Bronco R in its class in the 2019 Baja 1000, putting the LS engine in victory lane at the legendary off-road race. 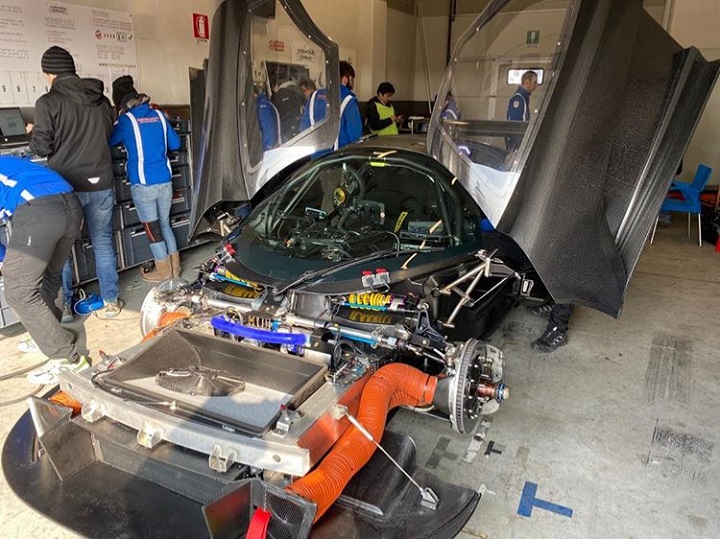 Glickenhaus will continue its testing program for the 004C with a 30-hour endurance test at the Aragon Circuit in Spain next week, Sportscar365 reports. The 2020 Nürburgring 24 hour will be held in late May.