Viens has received backing from Race Fans for Trump 2020 for the Daytona event, which is supported by The Patriots PAC of America, a pro-Trump super PAC. As such, he’ll run a Trump 2020 livery on his No. 03 Chevrolet Silverado for the season opener, which features a white body, stars and stripes graphics, a ‘Trump 2020’ banner on the sides and a ‘Trump-Pence 2020’ logo on the hood. The truck will be fielded by Mike Affarano Motorsports.

“I’m super excited to race at Daytona in front of my friends and family, as I only live five minutes away from the speedway and it’s my home track,” Viens said in a prepared statement. 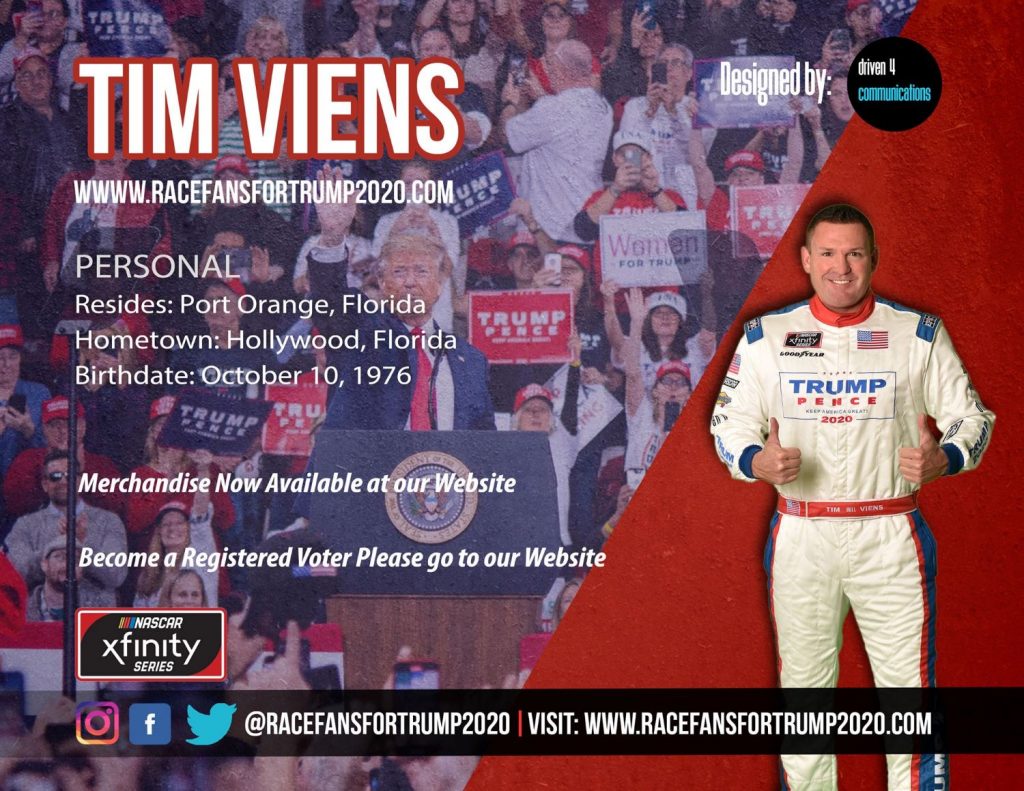 Viens tried to qualify for the season-opening NASCAR Truck Series rounds at Daytona in 2018 and 2019, but failed to make the field on both occasions. He also participated in the final Xfinity Series round at Homestead in 2018, but also DNQ’ed at that event. He will get more seat time this season, though, preparing to run the entire season with Mike Affarano Motorsports.

“We are pleased to have Tim Viens in the No. 03 at Daytona and the rest of the year,” said team owner Mike Affarano. “We have prepared a great ride for him and we are very confident in Tim’s abilities to finish well at Daytona.”

The Patriots PAC of America has also backed Joe Nemechek for the Xfinity Series Daytona round, with the longtime NASCAR driver set to run a Trump 2020 livery on his No. 47 Chevrolet Camaro SS, as well.

This won’t be the first time we’ve seen Trump 2020 livery on a NASCAR ride. In 2016, Reed Sorenson ran a Trump-Pence livery on his No. 55 Toyota Camry in the top-tier NASCAR Cup Series. That livery design was a joint effort from a number of Premium Motorsports sponsors and was not backed by a super PAC or the Trump campaign itself.