The newly formed McLaren Arrow SP team unveiled its car livery for the upcoming IndyCar Series season during a special event last week, with drivers Patricio O’Ward and Oliver Askew on hand to help pull the covers off their new Chevrolet-powered entries. 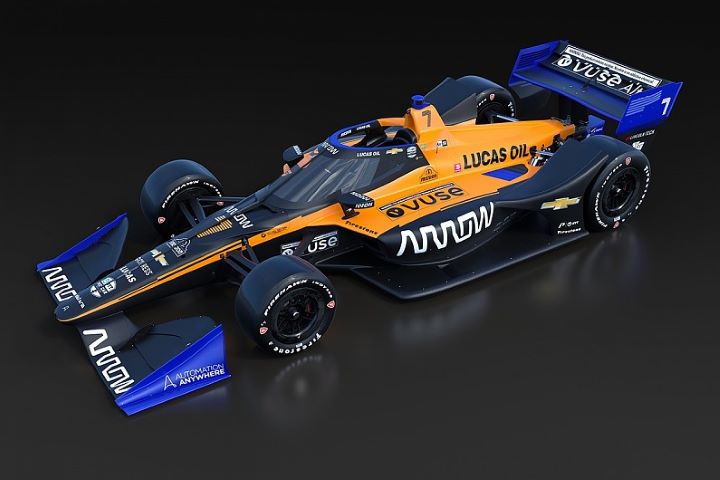 McLaren Arrow SP’s cars will wear a black, orange and blue livery for 2020, carrying sponsorship from Vuse, Mission Foods, Lucas Oil, Robotics Anywhere, Cypress and Arrow. The black portion of the livery is reminiscent of Schmidt-Peterson Racing’s cars before they partnered with McLaren, which often had a black base, while orange and blue are McLaren’s official racing colors.

McLaren’s IndyCar operation will be in part led by the team’s sporting director, Gil de Ferran, who raced in American open-wheel from 1995 to 2003 and won the 2003 Indy 500. In a statement, the French former driver acknowledged the challenge that lies ahead for the team as they look to compete with the likes of Team Penske and Andretti Autosport, but also expressed excitement over the signing of O’Ward and Askew – the latter of which won the Indy Lights title last year.

“Today is a moment to reflect on the journey we have just begun,” said de Ferran.”In the few months since we announced Arrow McLaren SP we have signed two of the most exciting young drivers in recent memory and maintained and secured the support of great partners.” 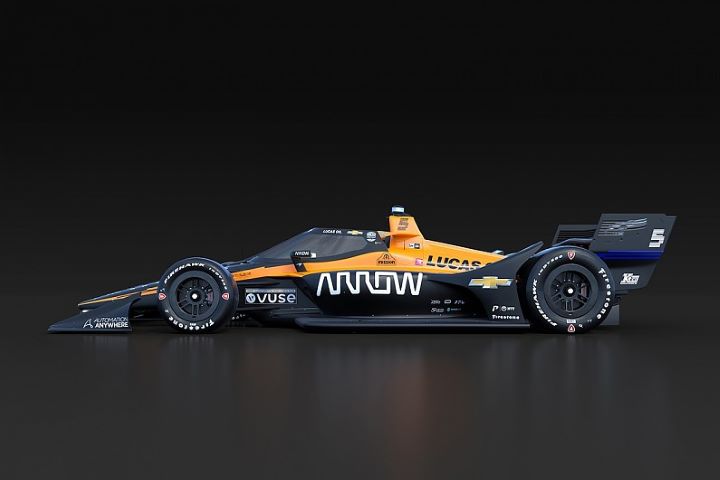 McLaren may be approaching the 2020 IndyCar Series season with a certain degree of humility after the team failed to qualify for the Indianapolis 500 last year. A subsequent article from the Associated Press entitled ‘McLaren’s failed Indy 500 effort was a comedy of errors‘ highlighted the numerous mistakes the team made in the lead up to the qualifying session. This included forgetting to allocate a steering wheel for a prior test at Texas Motor Speedway and failing to convert Imperial measurements to Metric when putting a new setup on the car.

“This occasion is also an opportunity to acknowledge the challenges ahead and make a pact with ourselves that nothing other than our full effort and commitment will suffice,” de Ferran added. 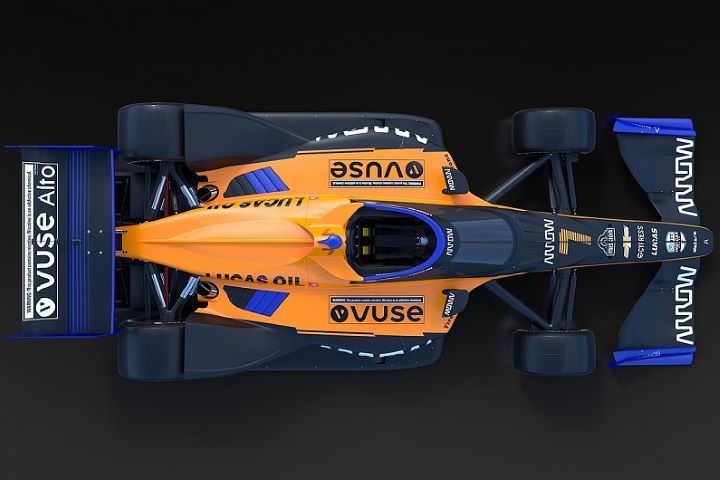 O’Ward and Askew will get some seat time in their newly minted McLaren cars this week, with the series hosting an official pre-season test at Circuit of the Americas on Tuesday and Wednesday. The 2020 NTT Data IndyCar Series season will kick off on March 15th with the Firestone Grand Prix of St. Petersburg.