Late last year, Hertz announced it had renewed its partnership with Hendrick Motorsports William Byron, who pilots the team’s No. 24 Chevrolet Camaro ZL1.

As part of the partnership, the car rental agency launched the Hertz Ultimate Ride Sweepstakes, which offered NASCAR fans a chance to win a limited-edition Hertz-Hendrick Motorsports 2020 Chevrolet Camaro SS. 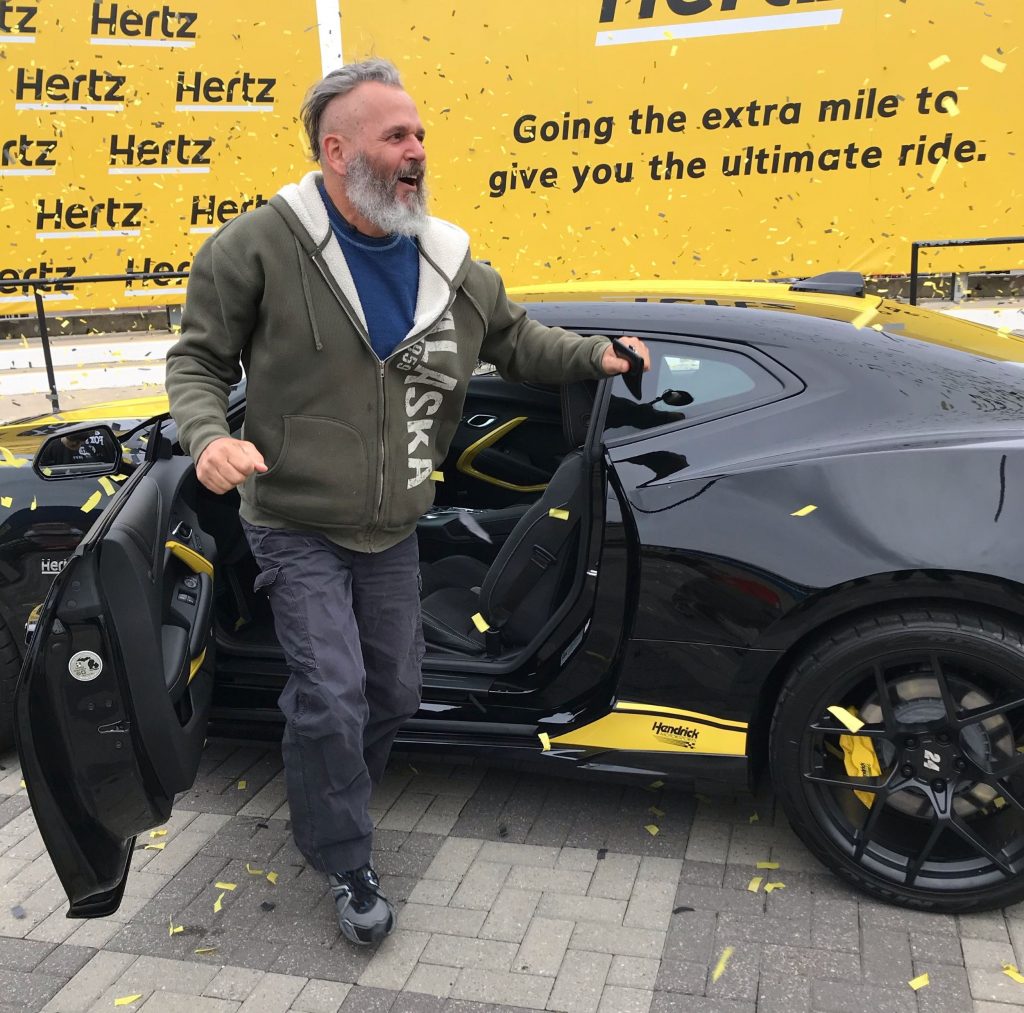 Now the winner of the sweepstakes competition has been announced, with Phillip Abma of Miami, Florida taking the custom NASCAR inspired Camaro home.

Abma was initially selected as a finalist in the competition along with four others. They each won a package to fly out to Charlotte Motor Speedway and take hot laps with Byron. They also had lunch with Byron and the No. 24 team, were given a private, behind-the-scenes tour of the Hendrick Motorsports facility and received passes to the NASCAR Hall of Fame.

The winner of the Camaro was then decided as part of a key draw. Each finalist selected a key and the one with the fob that started the car was declared the winner. Abma’s daughter helped him decide which key to pick, he said, and was quite surprised when his fob worked on the car.

“I was honestly not expecting it to turn on at all,” Abma said. “But you go in with this hope that this will be the one. To actually hit that button and have it start; it’s impossible to really put into words. It’s amazing.” 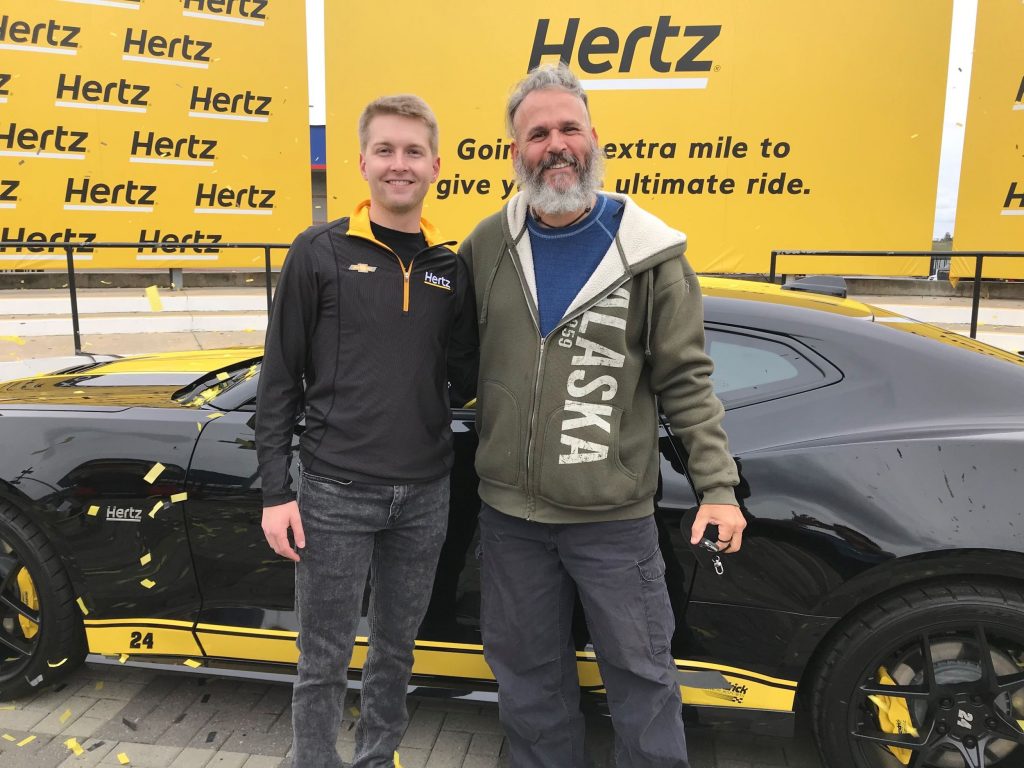 The Hertz-Hendrick Camaro SS has a number of upgrades over a standard model. For starters, the 6.2L V8 small-block LT1 engine now makes 480 horsepower, receiving a small 25-horsepower increase over the standard model thanks to a new intake and cat-back exhaust system. Other upgrades include 20-inch satin black wheels with ’24’ center caps, yellow-painted brake calipers with Hendrick Motorsports logos, Hertz badges and decals, embroidered headrests and a numbered plaque.

Abma is eager to get his limited-edition Camaro home to Miami and take it out for a drive.

“I’m going to take a couple days off and start cruising around the strip in South Beach,” he said. 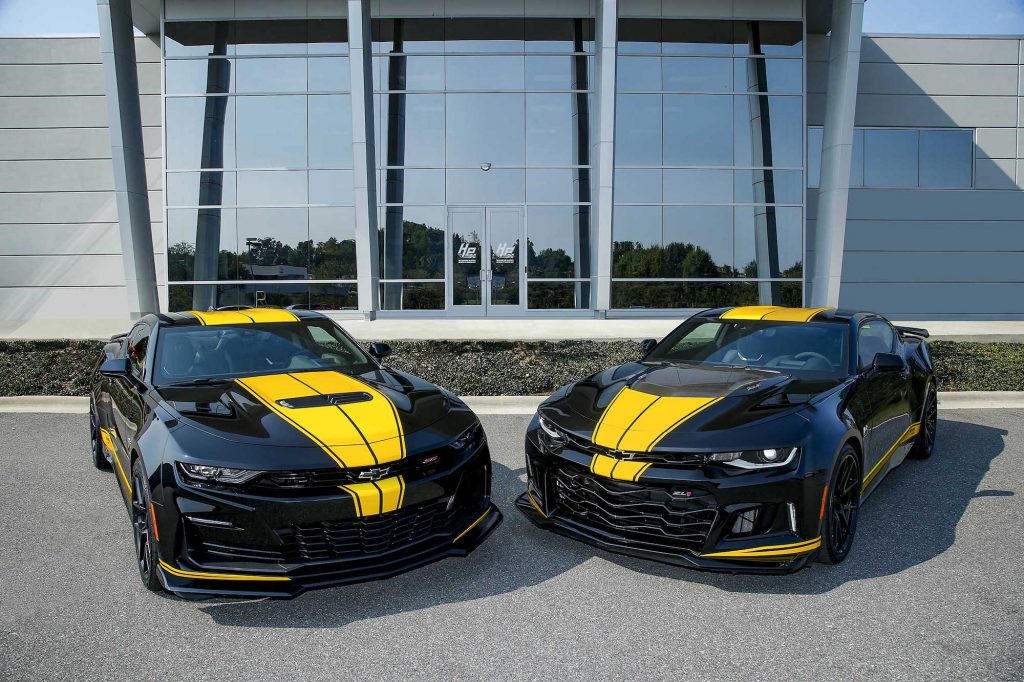 The Hertz-Hendrick Camaro is available to rent from certain Hertz offices around the country. In addition to the SS model, it is also available in a ZL1-based variant, which receives a 100-horsepower bump over the standard model’s 650 horsepower thanks to an upgraded Callaway supercharger.