Chevrolet first used the Caprice name on the 1965 Chevrolet Impala four-door, where it appeared as part of the ‘Caprice Custom Sedan’ option package. The automaker then took the name and applied it to a new series of full-size cars for the 1966 model year, with the vehicle subsequently becoming one of the hottest-selling Chevys of the lates 1960s and early 1970s.

The first-generation Caprice was offered as a sedan and a wagon, but not surprisingly, the two-door coupe variant is the most desirable body style in the modern-day. One of these early two-door Caprices is currently sitting in Texas classic car dealership AE Classic Cars’ showroom, looking for a new owner ahead of the upcoming spring/summer season. 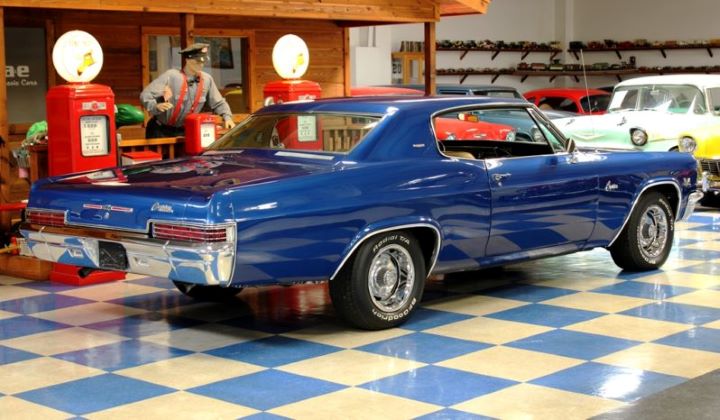 This Caprice is a 1966 model, so it is from the very first model year the car became its own series. According to the listing, it features a 396 cubic inch Big Block V8 engine with a Quadrajet four-barrel carb, along with a Flowmaster dual exhaust, Hooker headers and billet valve covers. The engine is paired with a GM automatic transmission and a 12-bolt rear end. It also features front disc brakes, power steering and an aftermarket air conditioning system. 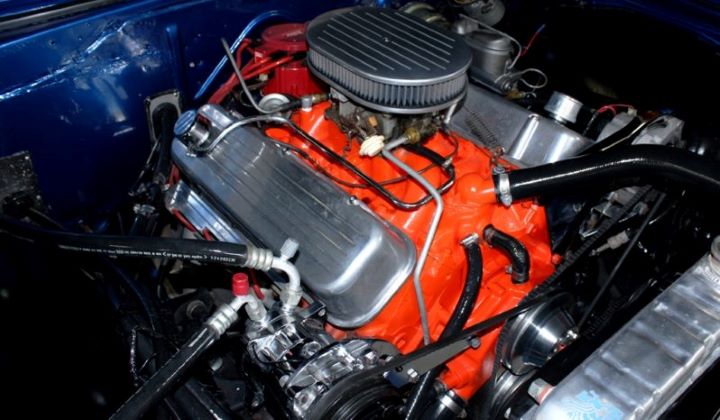 The exterior is this restored coupe is painted a deep blue, while the interior is upholstered in a tan velour/vinyl mix and features Woodgrain accents. The car also comes with a Panasonic head unit and Clarion rear tray speakers. 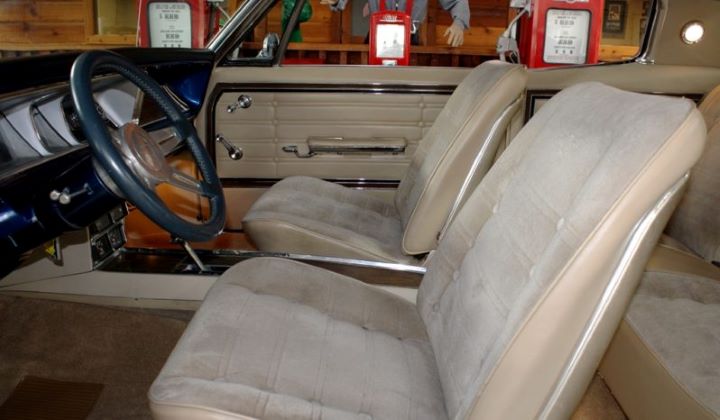 AE Classic Cars is asking $28,900 for this very blue 1966 Chevrolet Caprice. That is a bit above its market value, according to Hagerty’s valuation tool, which places the value of a ‘concourse’ quality example at just over $27,000 and the value of a ‘good’ example at around $19,000.

Check out the listing for the car at this link for some additional information and photos.