One common Automotive marketing tactic in the 1950s and 1960s was to make relatively simple, straightforward technology seem more spectacular than it was. From the ‘Quadrajet’ carburetor to the ‘Powerglide’ transmission, General Motors was among the best at branding its new automotive technologies to grab the public’s attention.

This short promotional film, which was put together by GM to advertise the 1955 Chevrolet, is a fairly good example of this marketing strategy. Entitled ‘Boxes & Balls’, the film goes into detail describing the ’55 Chevy’s robust ladder frame and the various safety and structural advantages it provides, along with its then-new ball joint suspension system. 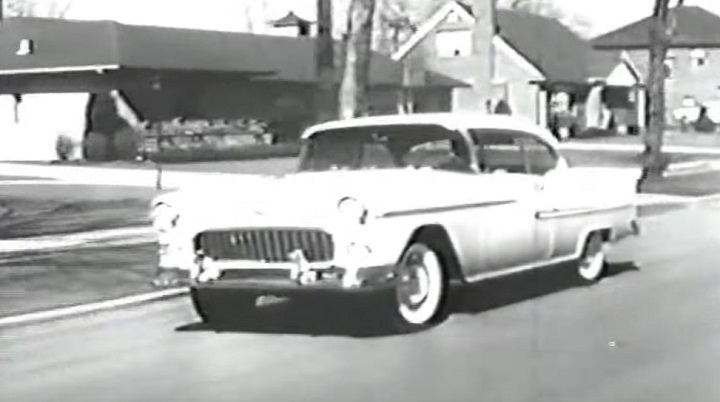 While a ladder frame chassis and ball joint suspension are certainly nothing impressive in this day-and-age, they were worth highlighting in 1955, as they both contributed to the ’55 Chevy’s improved ride and handling. It wasn’ t just advancements in chassis and suspension design that contributed to the ’55 Chevy’s improved performance, either – the film also describes how engineers focused on weight distribution, steering and other aspects to give customers a better, safer driving experience. 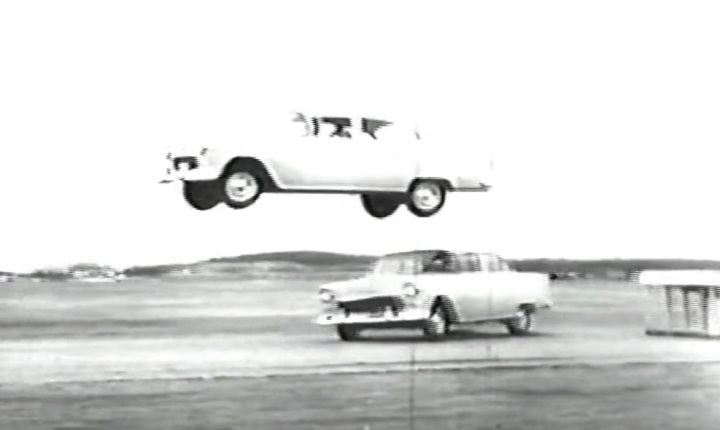 It’s interesting to see how GM described such automotive advancements in 1955, but the true highlight of this film is when the automaker demonstrates the car’s strength by launching it directly into another vehicle at about windshield-height. A scientifically sound way to crash test a vehicle? Probably not. Entertaining? Very much so. The automaker also jumps the car over the top of another ’55 Chevy to demonstrate its chassis strength and suspension design at a later point in the video.

So if you’ve ever wanted to see a ’55 Chevrolet fly, be sure to check out the ‘Boxes & Balls’ promotional advertisement embedded below.