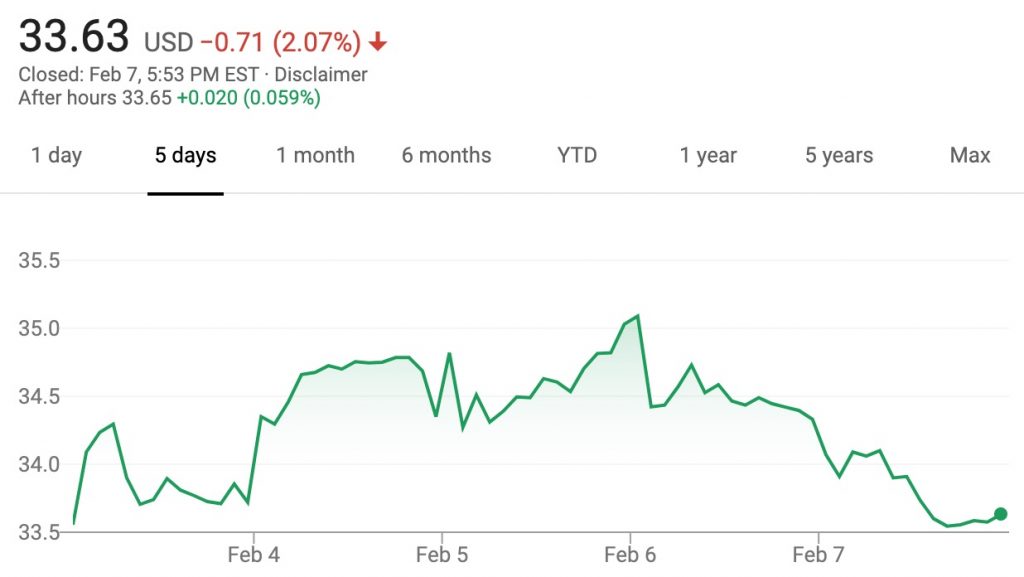 This week’s increase in GM stock value marks the first after two consecutive weeks of negative growth. Prior to the preceding rebound during the January 13th, 2020 – January 17th, 2020 timeframe, GM shares experienced a three-week decline. The ebb and flow is a net loss for GM shareholders, which is rather disappointing after the upward movement GM share values experienced prior to the last week of 2019. We do not believe the publicity following the recent arrest of GM employees for street racing C8 Corvettes influenced the decrease in value.

GM shareholders may also be annoyed by the fact that Tesla shares have been performing very well. There’s also the possibility that Tesla’s revealing of its Cybertruck pickup truck negatively impacted GM share values, as it could make Tesla a potential threat to GM’s leading position in pickup trucks, though GM has since gone on the record to outline the obstacles that must be overcome before electric vehicles become mainstream.

However, General Motors has since confirmed that it will revive the Hummer nameplate on an all-new fully electric pickup truck. The announcement does not appear to have given GM stock value any significant boost, which might be adding insult to injury when it comes to comparing GM to Tesla, which managed to generate a lot of publicity and attention regarding the Cybertruck’s reveal. Tesla stock has been on a steady rise throughout the first month of 2020.

By comparison, shares of GM’s cross-town rival, the Ford Motor Company, decreased $0.71 per share, or 8 percent, this week.

We remain interested in seeing how GM stock performs through the early stages of 2020, especially as the Detroit-based automaker launches its GEM-based vehicles for developing markets and begins to launch its all-new full-size SUVs and various new Cadillac models this year. In addition, the roll-out of its full-size pickup trucks is now complete, which means the company will benefit from an entire calendar year with a full lineup. All of these products are expected to contribute significantly to GM’s bottom line.