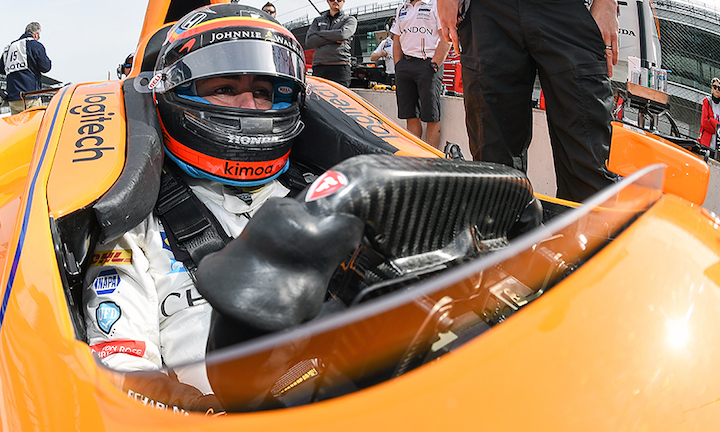 Alonso at Indianapolis Motor Speedway in 2017

The Spaniard has signed with the newly formed team to contest this year’s Indianapolis 500, with Indianapolis-based mortgage broker Ruoff to serve as the title sponsor of the No. 66 Chevrolet. Astute IndyCar fans may recognize the Ruoff name, as it has already been to victory lane at Indianapolis once before, with the company serving as the title sponsor of Takuma Sato’s No. 26 Honda entry when he won the Indy 500 back in 2017 – the same year Alonso made his first start in the race.

Alonso and McLaren failed to qualify for the 2019 Indianapolis 500 after a practice crash forced the former F1 star into a Carlin-built backup car. The lost time on track, along with a number of other operational errors, resulted in Alonso being bumped from the field by Juncos Racing’s Kyle Kaiser. The British outfit will have a better shot at making the field this year, though, after partnering with IndyCar Series stalwarts Schmidt-Peterson Racing to contest the entire IndyCar series season. Patricio O’Ward and Oliver Askew will serve as the team’s full-season drivers, while Alonso will join for the Indy 500 in a third entry.

“I am a racer and the Indy 500 is the greatest race in the world,” Alonso said in a prepared statement. “I love the incredible fans who make it so special for all of us drivers and make me want to come back. I have maximum respect for this race and everyone who competes in it and all I want to do is race against them and give my best, as always.”

“It was important for me to explore my options for this race but Arrow McLaren SP has always been at the top,” he added. “I have a special relationship with McLaren; we’ve been through a lot together and that creates a bond, a loyalty that is strong.”

“But more than that, I am impressed with how the new organization and operation is developing into a strong package with the Chevrolet partnership. The team has experienced, well-qualified people and great resources, and I’m confident we can be competitive. 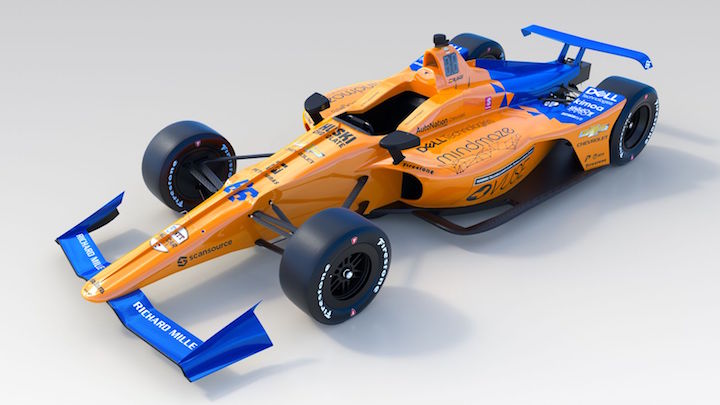 Fans will be able to see Alonso on track for the first time in the No. 66 Ruoff Chevrolet when the Open Test at Indianapolis Motor Speedway kicks off on April 30th. The 104th running of the Indianapolis 500 presented by Gainbridge will be held on May 24th.