Poole was racing in the Fat Tuesday Mardi Gras Blowout at Gulfport Dragway when the front end of his 1964 Corvette began to lift at speed, sending the car flying in the air before it came crashing down into the pavement nose-first, erupting in a ball of flames. 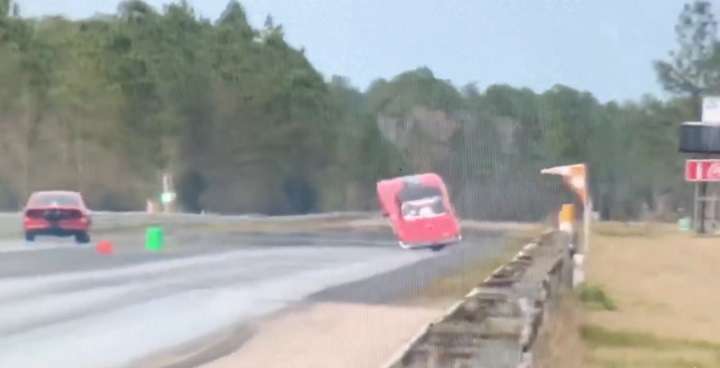 According to Dragzine, Poole was awake and alert when help arrived on scene and showed no obvious signs of injury, although he was still transported to the local hospital for a routine evaluation.

Poole’s C2 Corvette was built by him and his father over the course of nine months while they featured on Discovery’s Street Outlaws: New Orleans reality series. The car features a massive, nitrous-fed 632 cubic-inch V8 (equivalent to a ridiculous 10.3 liters) and a Suncoast racing transmission. Unfortunately, the C2 Corvette, nicknamed ‘Red Bull by Poole, doesn’t look as though it will be ready for another TV appearance anytime soon, with photos of the aftermath showing it completely destroyed. That said, we do hope to see Poole’s Corvette back on the track in the future, if that’s even possible. 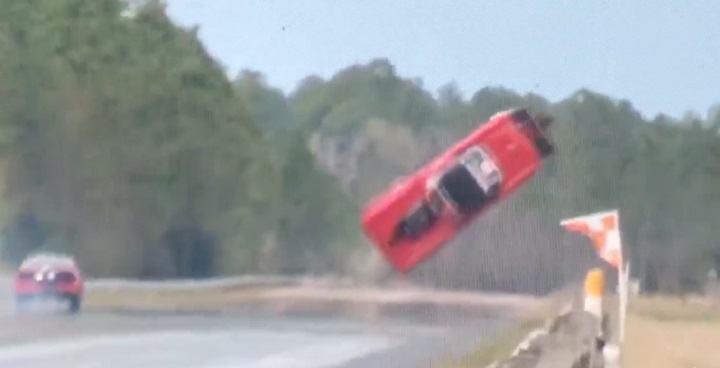 Street Outlaws: New Orleans follows a number of racers as they compete in various no-prep drag racing events and fight to become the Street Outlaws no-prep racing champion. In addition to his racing endeavors on the show, Poole is a firefighter by day and volunteers his time with charities for sick children and their families.

Check out Poole’s unfortunate crash at Gulfport Dragway in the video embedded below.