U.S. President Donald Trump attended the 2020 Daytona 500 this past Sunday, serving as the grand marshal for the ‘Great American Race’.

“Gentlemen, start your engines!” the president said over the loudspeaker at Daytona on Sunday, adding “it’s truly an honor to be with all of you at the great American race,” as he addressed the crowd and field of NASCAR drivers. 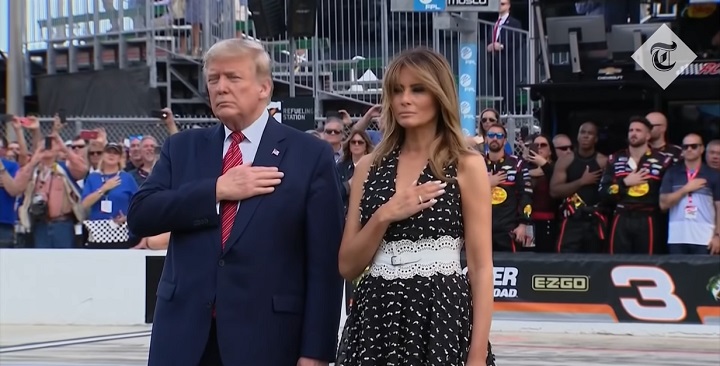 The Cadillac limo, nicknamed ‘The Beast’ due to its gargantuan size and rather significant weight, was developed by GM at the special request of the U.S. government. Details on the limousine remain scarce for obvious security reasons, but we do know it is powered by a diesel engine and features styling inspired by the Cadillac CT6.

Trump, an evident race fan that awarded Roger Penske the Presidental Medal of Freedom during a special ceremony late last year, joked that he wanted to take one of the NASCAR Cup Series cars for a spin around Daytona when speaking to media at the race.

“I’m going to hop into one of these cars and I’m going to get into this race if possible. I love the idea,” he said.

Trump went on to declare the Daytona 500 as “a legendary display,” and said that  “no matter who wins, what matters most is God, family and country.”

After taking a lap of the speedway and making his opening remarks, Trump boarded Air Force One and returned to Washington D.C. Unfortunately, the Daytona 500 was delayed due to rain and is scheduled to finish Monday night. You can see Trump’s lap of Daytona in the video embedded below.