Restomods are currently one of the hottest classic car trends, with many vintage car enthusiasts attracted to the blend of old-school style and modern-day performance.

This restomod is a bit different than the rather common Chevrolet Camaro and Corvette restomods we see so often, though. Built around a 1966 Chevrolet Malibu wagon, this car doesn’t just offer a blend of vintage looks and current-day performance – it also has enough room for you to take the kids and some cargo along for the ride. 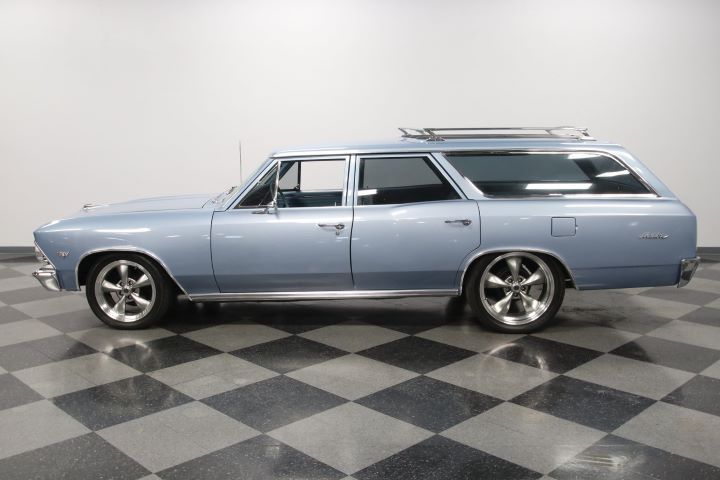 Power comes from a naturally aspirated 6.2L LS3 V8 engine, which was pulled from a C6 Corvette and is good for 430 horsepower. The engine is paired with a 4L65E four-speed automatic transmission, along with a 3.73 Positraction rear end. The car has also been upgraded with power front disc brakes and new coilover suspension. 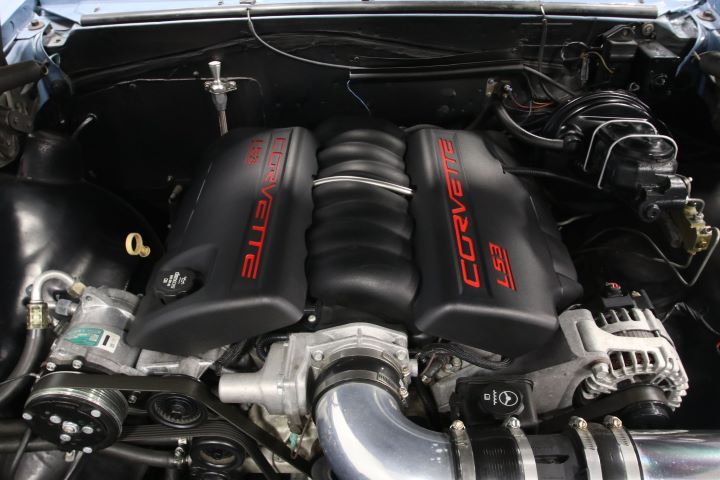 The interior has also gotten a slight modernization thanks to reupholstered seats, new carpeting, an AM/FM/CD stereo with an auxiliary input jack and modern air conditioning. The classic Malibu steering wheel, gauges and dashboard remain intact and ensure the driver never forgets they are in a 1960s-era car – despite the 2010s performance. 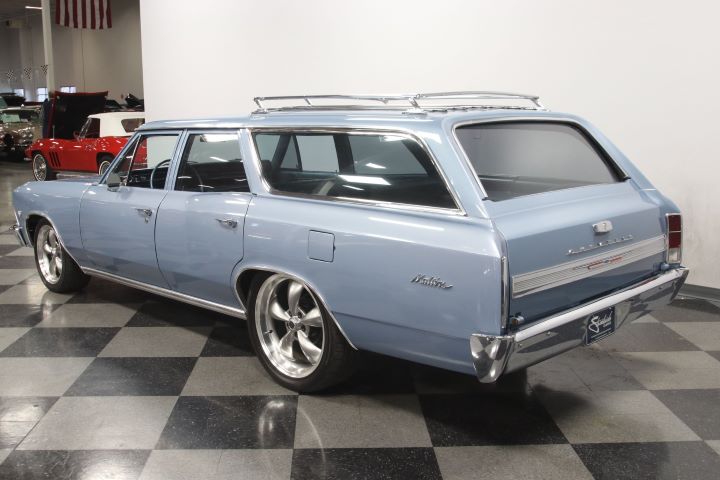 The listing even includes a potential excuse for anyone interested in this classic Malibu to give their significant other: just tell everyone you bought a “versatile family vehicle with plenty of cargo space.” They probably won’t even notice the Corvette motor, modern disc brakes and coilover suspension – though the Torqthrust alloy wheels may give this car’s sporting intentions away.

According to dealership selling the car, Streetside Classics in Charlotte, this car was built in 2013. The LS3 engine and 4L65E transmission have about 20,000 miles on them, though the odometer on the car reads just over 13,000 miles.

Check out the listing for this LS3-powered Chevrolet Malibu wagon at this link and be sure to let us know what you think of this build in the comments.