We recently covered a video from the Arabic language auto outlet Alam Al Sayarat which featured a Chevrolet Silverado Trail Boss attacking a winding mountain road out in the backcountry of the United Arab Emirates. Now, Alam Al Sayarat is once again testing the capabilities of the Silverado Trail Boss, only this time it’s on some soft, sandy dunes against a dirt bike.

Like the previous video, the setting here is impressive, with miles and miles of rolling dunes to play in. That means there’s plenty of challenges in store for the Chevrolet Silverado Trail Boss, and by the look of it, the dirt bike challenger isn’t gonna take it easy.

Nevertheless, the Chevy seems right at home in the dry desert conditions, kicking up sand and getting sideways as it tears up and down the dunes. At one point, the pickup even catches a little air, much to the amusement of the comfy pilot in the driver’s seat.

By contrast, the dirt biker is very much “in the elements,” and gets a sand shower on more than one occasion. That said, stick around for the end of the video, and you’ll see the Chevrolet Silverado Trail Boss driver get some of the same medicine.

All told, the Chevrolet Silverado Trail Boss appears to handle the harsh conditions without flinching, which makes sense considering the equipment it has on board. Highlights include a high-capacity air filter, extensive underbody protection, an Eaton rear locking differential, an electronic two-speed transfer case, and 18-inch wheels with Goodyear Wrangler DuraTrac tires. There’s also a substantial two-inch suspension lift and upgraded monotube shocks.

Where would you take this off-road beast? Let us know in the comments, and make sure to subscribe to GM Authority for more Chevrolet Silverado news, Chevrolet news, and around-the-clock GM news coverage. 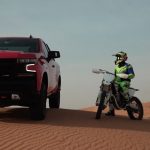 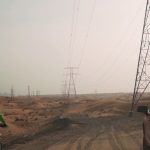 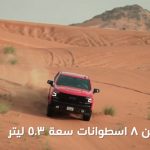 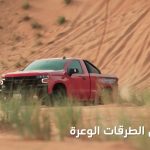 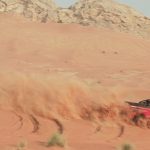 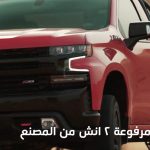 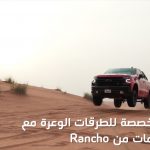 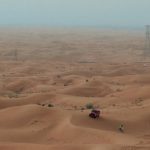