If there’s one thing the Chevrolet Silverado Trail Boss is perfect for, it’s attacking the rough stuff and looking good in the process – and that’s exactly what’s going on in the following one-minute video.

Recently posted to YouTube by the Arabic language auto outlet Alam Al Sayarat, this video offers nothing but well-polished shots of the off-roader Chevrolet Silverado as it rolls through some harsh desert terrain. Set on the dirt trails around Jebel Jais mountain in Ras Al Khaimah, United Arab Emirates, the background has a stark, dramatic quality to it, with rocky terrain and gravel that looks like a fantastic venue to test the capabilities of the Chevrolet Silverado Trail Boss.

The video host puts his foot down as he charges up the rocky trail, flinging rock chips and dirt in his wake. There’s no spoken narration at all – just the truck, the terrain, and the soundtrack.

At the end of the video, we get an incredible view of the valley below, all courtesy of the highly capable Chevrolet Silverado Trail Boss.

Indeed, the Chevrolet Silverado Trail Boss has proven quite popular since its introduction. As we covered previously, General Motors decided to increase Trail Boss production last year following greater-than-expected demand for the dedicated off-road machine. It’s great to see video evidence of that popularity coming in from all over the world, including here in this off-roading clip out of the U.A.E. 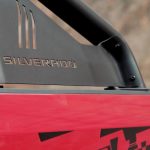 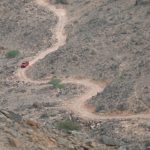 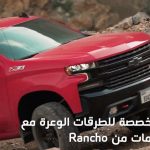 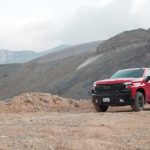 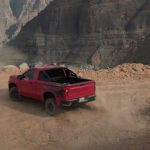 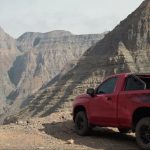 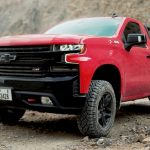