Chevrolet Low Cab Forward sales increased in the United States during the fourth quarter of 2019. 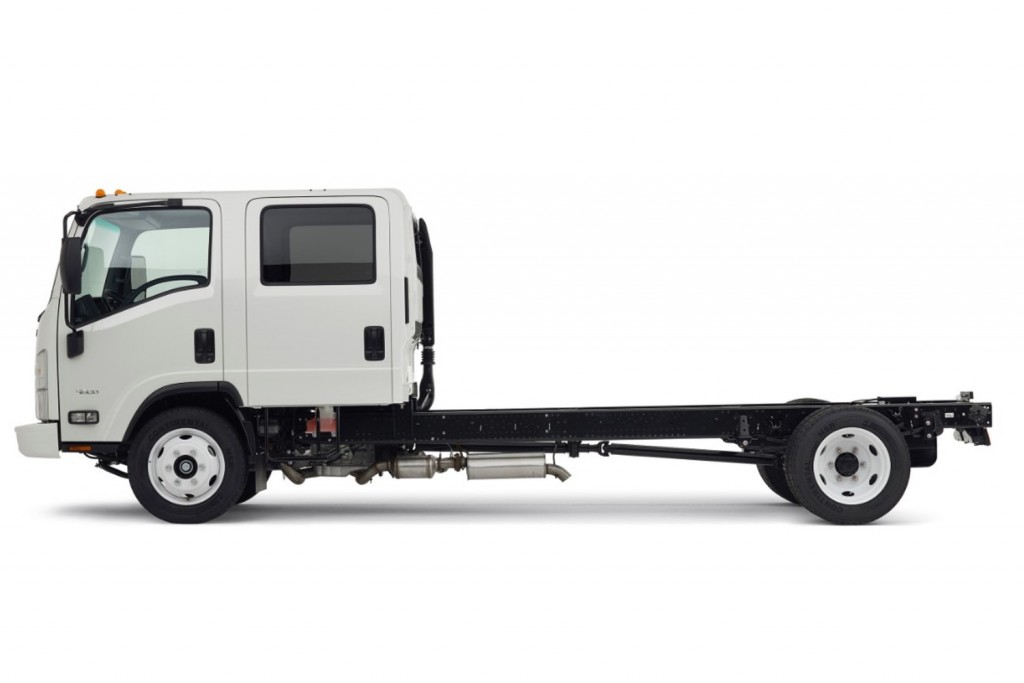 Chevrolet Low Cab Forward sales during the fourth quarter were twice as high as those in the first quarter of 2019, 53 units higher than the 1,305 units delivered during the second quarter, and 85 units fewer than the 1,358 units in the third quarter of 2019. We consider Q4 2019 results a solid performance that allowed GM to add 1,273 deliveries to its bottom line for the quarter and 4,495 units for the 2019 calendar year.

The Chevrolet Low Cab Forward (LCF) medium-duty trucks are the result of a partnership between GM and Isuzu Motors announced in June 2015. The trucks were developed and are built by Isuzu, with GM providing some components, notably the gasoline engine.

The trucks are part of Chevy’s strategy to deliver a “whole solution” for commercial fleet customers, ranging from light-duty midsize pickups (Colorado) and full-size light-duty pickups (Silverado 1500) to full-size heavy-duty pickups (Silverado HD) and medium-duty chassis cabs (Silverado MD). The “whole solution” approach is vital as it keeps fleet customers within the Chevrolet network, rather than wandering over to a competitor. In addition, the Low Cab Forward models provide incremental sales volume and revenue for GM, without significant investment or effort.