Callaway Cars has been churning out souped-up performance vehicles since 1977, including standouts like the B2K Callaway Twin Turbo Corvette in the late ‘80s and early ‘90s, among several other high-performance GM products. Now, the company has revealed its latest package for the GMC Canyon – the Callaway Canyon SC410.

Offered on all trim levels for the GMC Canyon, including the Denali, the package focuses primarily on extracting more output from the 3.6L LGZ V6 engine, blessing the pickup with greater towing and hauling capabilities, as well as quicker acceleration. 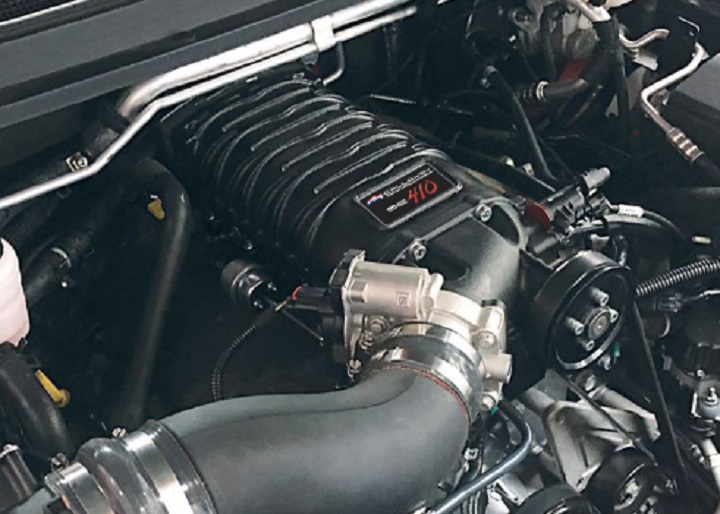 The heart of the package is Callaway’s TVS1740-based supercharger, which is complemented by a number of other Callaway-tuned components, such as a High Flow Intake, Sport Exhaust, Dual Pass Intercooler, and unique engine tuning.

In addition to the under-hood upgrades, the package also comes with Callaway all-weather floor mats, new key fobs, and unique badging inside and out. There’s also an under-hood build plaque that’s laser engraved with the VIN, as well as authenticity documentation.

The Callaway GMC Canyon is upgraded at the company’s facilities in Connecticut and California, and comes with a three-year/36,000-mile warranty. The Callaway warranty actually overlaps with the GM factory warranty, and covers all Callaway components, as well as the various GM components affected by the new Callaway components. It’s nice peace of mind, especially with an aftermarket blower in play.