The first-generation Buick Riviera is one of the most beloved General Motors vehicles of the 1960s – which is certainly saying something, given all the impressive muscle cars and luxury cruisers the automaker produced between 1960 and 1969.

One look at the Buick Riviera and it’s easy to see why so many GM fans hold the personal luxury coupe in such high regard. The Riviera had a body that was shared by no other GM models at the time, differentiating it from the Oldsmobile Starfire, Pontiac Grand Prix and even Buick’s own Invicta Wildcat. 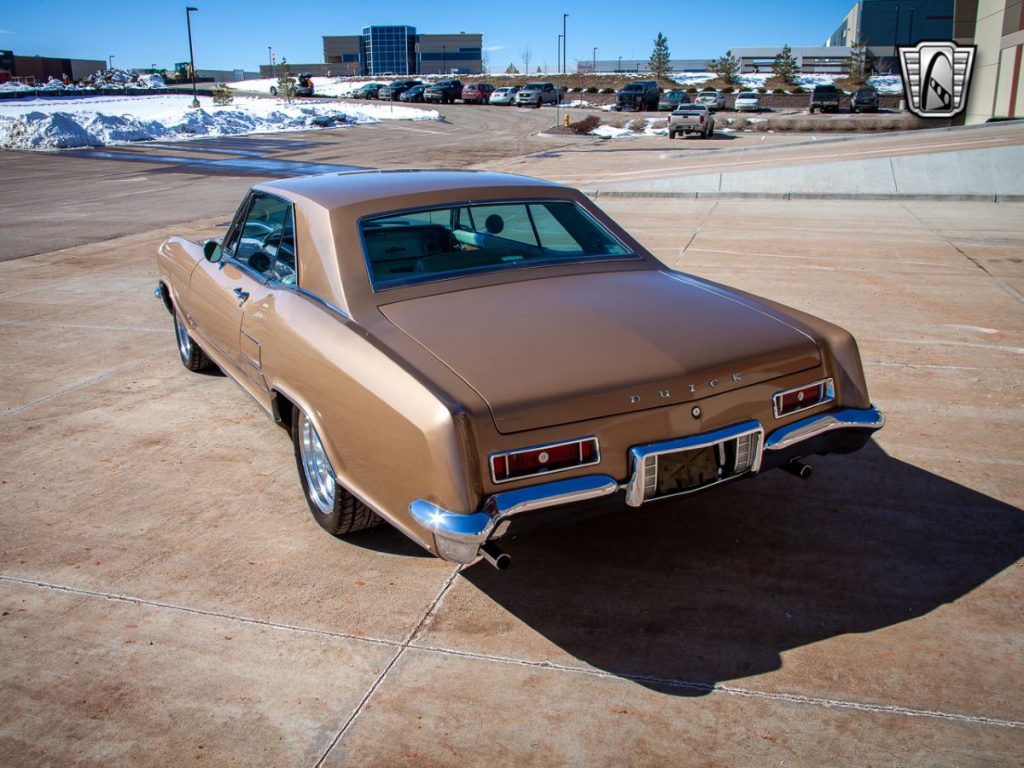 This 1963 Buick Riviera, which is currently for sale at Gateway Classic Cars in O’Fallon, Illinois, is a wonderful example of the celebrated luxury coupe. It features a numbers-matching 401 cubic-inch V8 engine, which was the only engine offered in the Riviera in 1963. The only transmission available that year was a ‘Turbinedrive’ two-speed automatic, though this transmission was quickly replaced for 1964 with the superior ST400 three-speed automatic.

Details on this car are slim, as the dealer listing only contains basic info about the Riviera lineup and not this specific vehicle, but it appears to be an unrestored survivor car, evidenced by imperfections in the chrome and its weathered interior. The odometer shows just over 100,000 actual miles, so while this car has not been given a frame-off makeover, it has at least been driven sparingly in its 57-year lifespan and appears to have been very well taken care of.

Gateway Classic Cars has this 1963 Buick Riviera listed for sale at $32,000, which is about on-par for a Buick Riviera such as this. It’s also unlikely a celebrated piece of GM history like a 1963 Riviera will lose value going forward, which is also worth considering when weighing up a purchase such as this.

Check out the listing at this link for some additional information and photos of this 1963 Buck Riviera.