Currently, anyone looking to get into a gas-powered Chevrolet Low Cab Forward 3500 or 4500 is limited to GM’s 6.0L L96 V8 engine. Although also offered in the LC8 compressed natural gas (CNG) configuration, the L96 is the only option with regard to gasoline power. Now, it’s looking like the medium truck line is poised to receive a new gas engine option in the form of GM’s 6.6L L8T V8.

For the time being, the Chevrolet Low Cab Forward line’s L96 V8 produces 297 horsepower and 372 pound-feet of torque. It’s an old workhorse of an engine, but it’s not the most power-dense, nor is it the most efficient. By contrast, the 6.6L L8T V8 is an all-new, modern truck engine. The L8T is not offered in a CNG configuration. 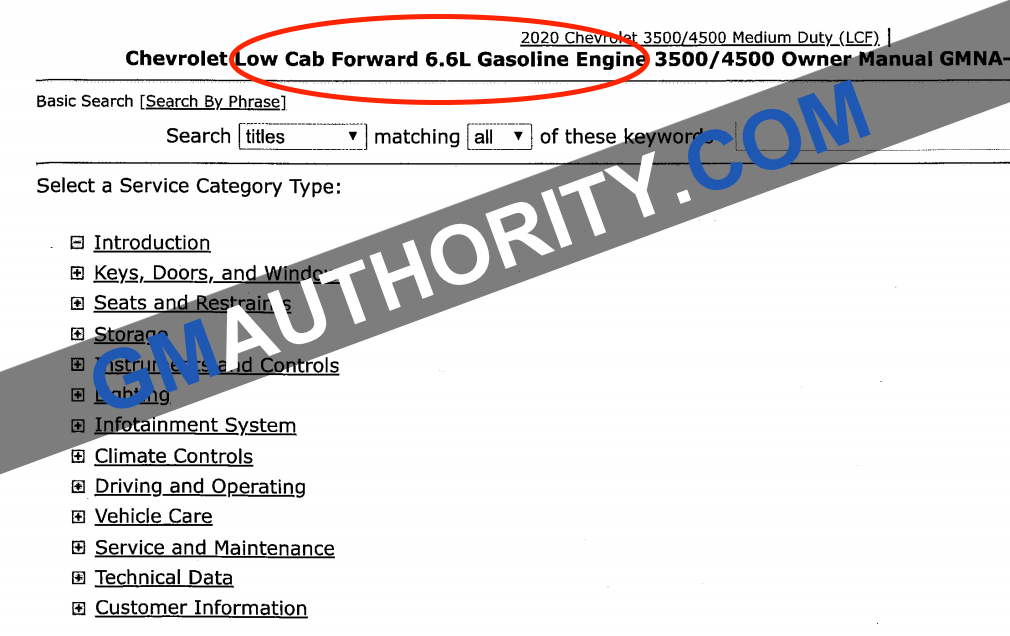 Indication that the Chevrolet Low Cab Forward truck was due to receive the new 6.6L L8T V8 can be found in new service manuals for the 2020 model year, which show the 6.6L L8T mated to the 6L90 transmission for the Chevrolet 3500/4500 (Isuzu NPR) series vehicles. Critically, this is the same powertrain combo offered in the 2020 Chevrolet Silverado HD and 2020 GMC Sierra HD pickup trucks.

So far, Chevy has yet to make an official announcement with regard to the inclusion of the L8T engine in the Chevrolet Low Cab Forward truck line. Interestingly, the 6.0L L96 V8 engine is still included in the service guides for the 2020 model year trucks, which would suggest that both engines will be offered in parallel.

The Chevrolet Low Cab Forward truck line is a series of medium duty trucks offered through a partnership between General Motors and Isuzu Motors. The line currently spans two generations, with 3500/4500 models slotting in as base model offerings. In addition to gas engines and CNG engines, the line is also available with Isuzu diesel engines.