Following a reveal in China at Auto Shanghai 2019 last April, the 2021 Chevrolet Trailblazer made its big North American debut at the 2019 Los Angeles Auto Show in November, strutting its stuff in the Golden State with two trim levels, including the outdoor-oriented Activ, and the sportier RS. Now, we’ve spotted a 2021 Chevrolet Trailblazer RS out on public roads, as captured in the following photos. 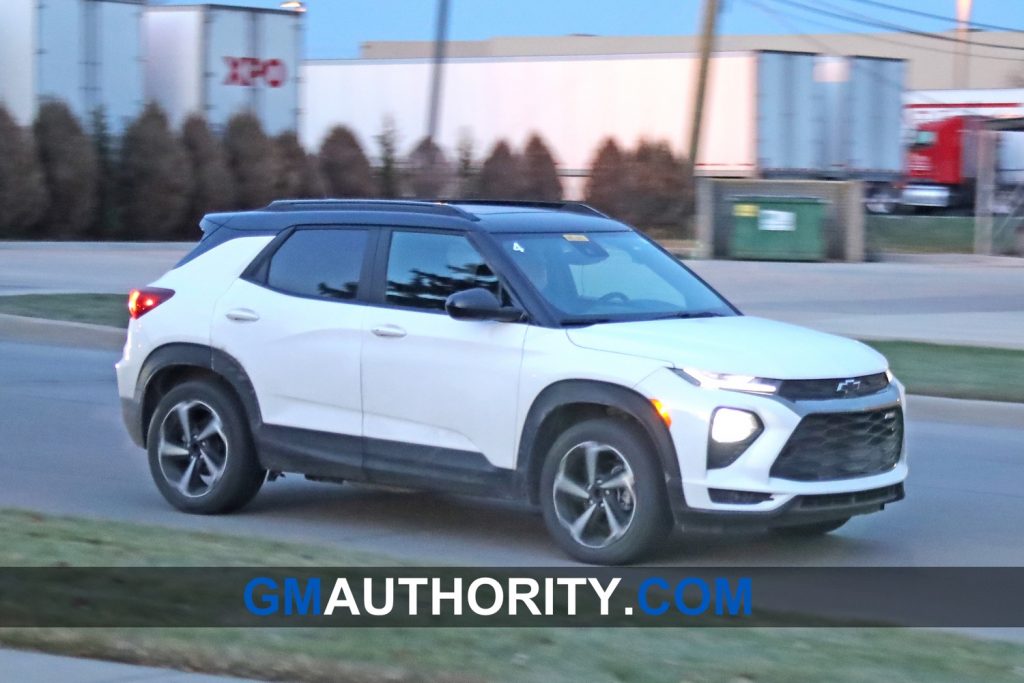 As we covered previously, the 2021 Chevrolet Trailblazer RS stands apart from the rest of the lineup with unique, performance-flavored upgrades. This includes a unique fascia aesthetic similar to that of the Chevrolet Blazer and Chevrolet Camaro, with a mesh grille insert, and sharp angular styling lines. Lower in the fascia, we see a unique splitter element, while black Chevrolet Bow Tie badging is added front the back. 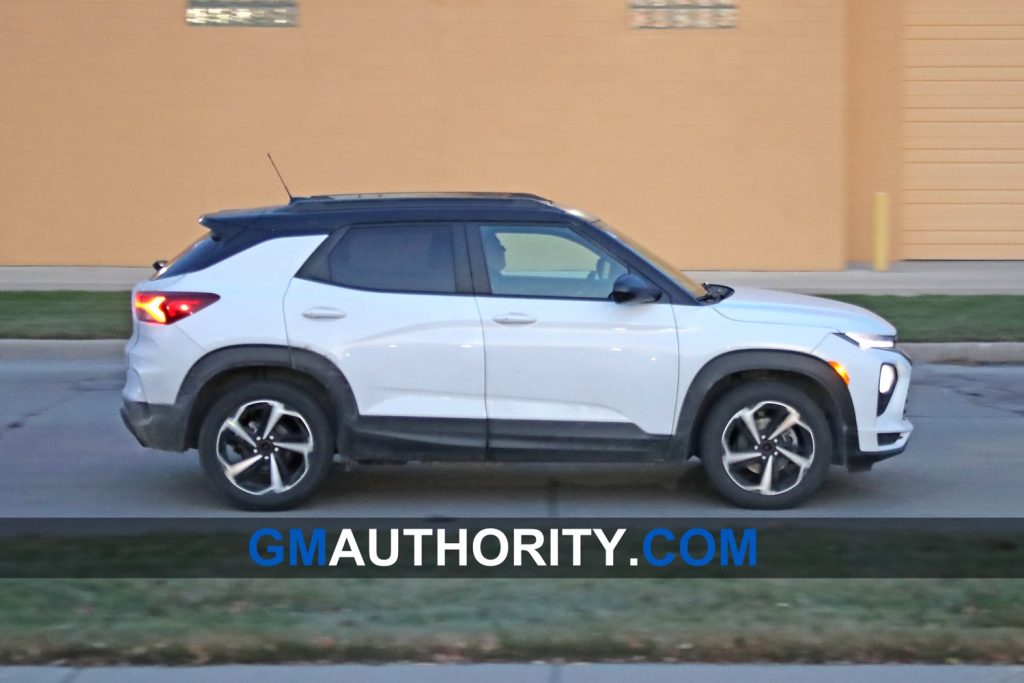 Further RS-specific features are found inside the cabin, with a number of red accents added to the upholstery stitching, air vent trim, gauge pod, and center console.

Further notable features for the 2021 Chevrolet Trailblazer include a two-tone roof treatment, which looks good against the white-and-black color theme seen on this particular RS model. Viewed in profile, the black roof seems to fade over the white body panels below it, with each of the pillars blacked out, emphasizing the lower styling lines even further. 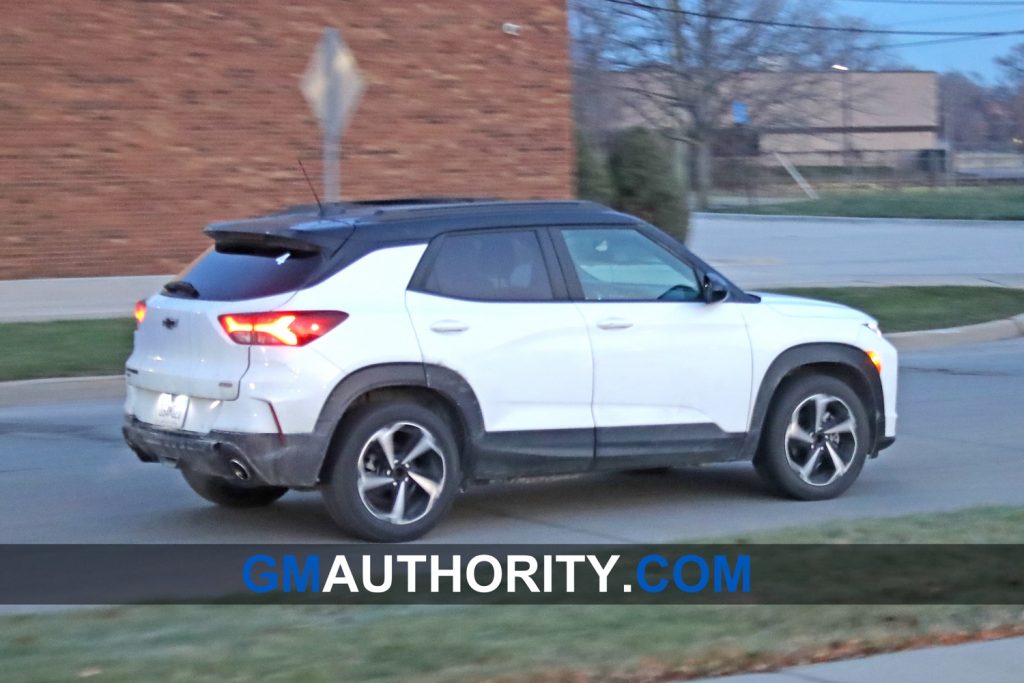 Unlike the sport terrain tires offered on the Chevrolet Trailblazer Activ, the Trailblazer RS comes with all-season rubber. Under the skin is the GM VSS-F platform set. Motivation is sourced from GM’s new turbocharged 1.2L LIH three-cylinder engine, which is rated at 137 horsepower and 166 pound-feet of torque. More output is offered with the optional turbocharged 1.3L L3T three-cylinder, which doles out upwards of 155 horsepower and 174 pound-feet of torque. Both AWD and FWD are on offer, with a CVT on deck for FWD, and the GM nine-speed automatic transmission for AWD models with the upgraded 1.3L three-cylinder engine option. 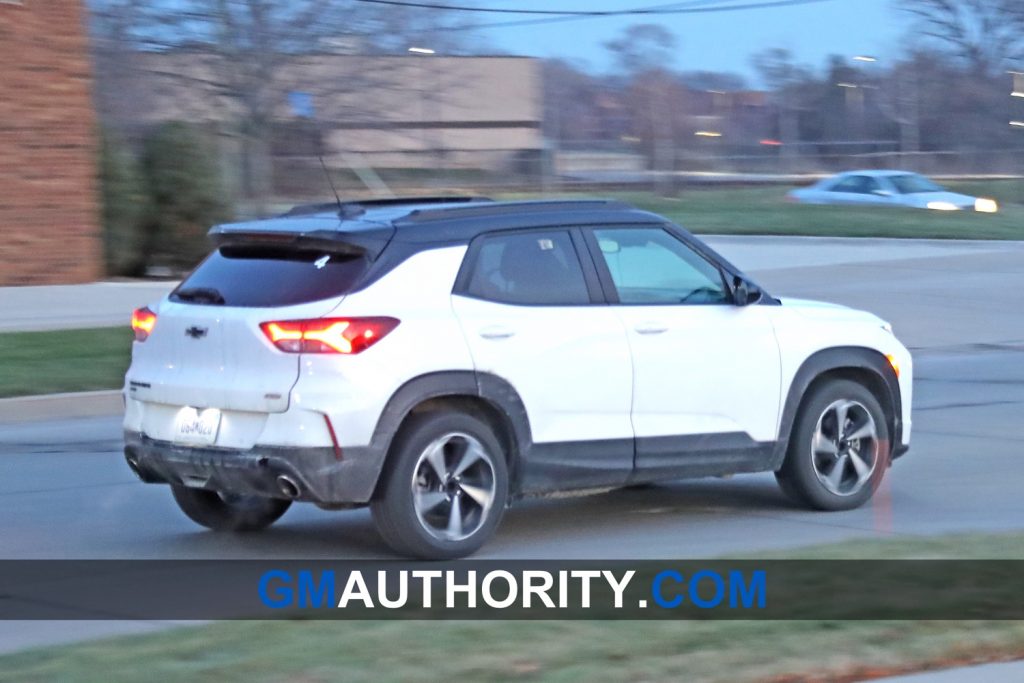 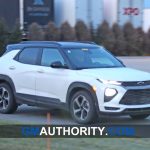 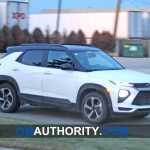 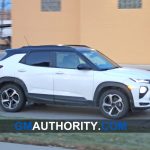 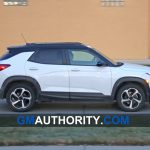 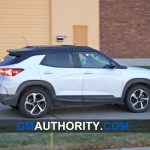 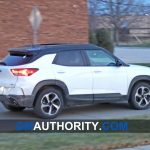 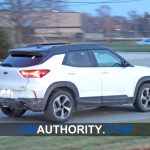