The 2021 Cadillac Escalade made its global debut during an event held in Beverly Hills earlier this month, but now the new luxury SUV has made its first public appearance at the 2021 Canadian International Auto Show in downtown Toronto.

As our sister site Cadillac Society reports, the Escalade‘s appearance at CIAS 2020 marks the first time the vehicle has been displayed at a public auto show. Somewhat strangely, the new Escalade was not in attendance at the 2021 Chicago Auto Show, which opened to the public on February 7th. We imagine this was due to the fact that the Escalade was only shown in Beverly Hills on February 4th, perhaps creating logistical issues for GM that prevented it from bringing the next-generation SUV to Chicago. 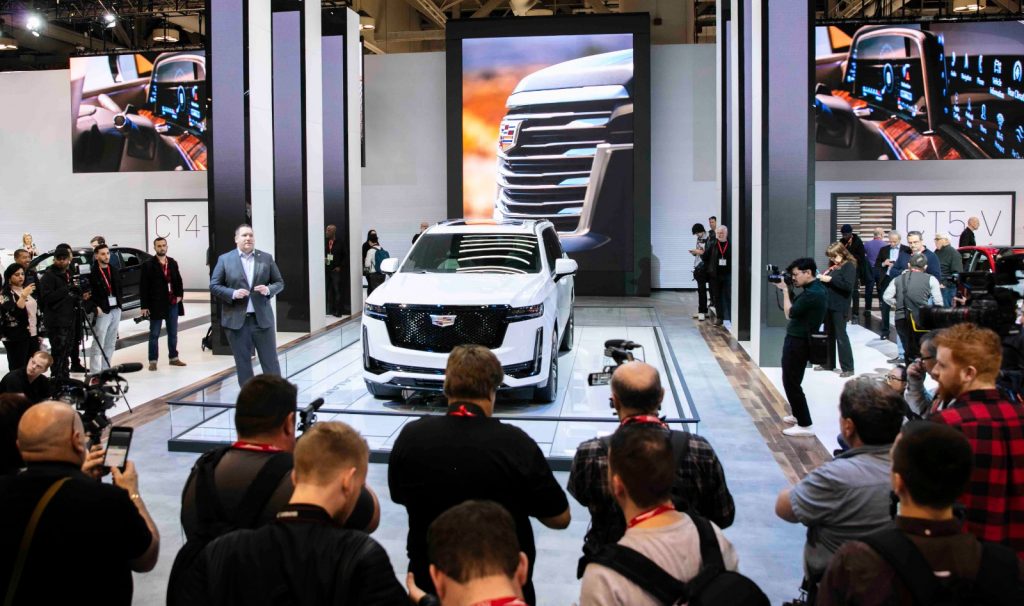 Toronto is still a major automotive market, though, and Cadillac has good dealer presence in the Greater Toronto Area, including the newly renovated Roy Foss Cadillac in nearby Woodbridge. Only one 2021 Cadillac Escalade is on display at the show and it is behind a partition, preventing attendees from being able to touch it or sit inside.

As we already know, the 2021 Cadillac Escalade has two available engines: a standard 6.2L L87 V8 and an optional turbo-diesel 3.0L LM2 I6 engine. Both engines are mated to a ten-speed automatic transmission. The SUV also rides on GM’s new T1 platform and features a new independent rear suspension setup and available Magnetic Ride Control and Air Ride Adaptive Suspension.

The interior is also a major step forward over the outgoing 2020 Cadillac Escalade, with an industry-first curved OLED display serving as both the driver’s display and the center infotainment screen. Cadillac has also done away with the old school column shifter in the old Escalade, switching to GM’s Electronic Precision Shift system. 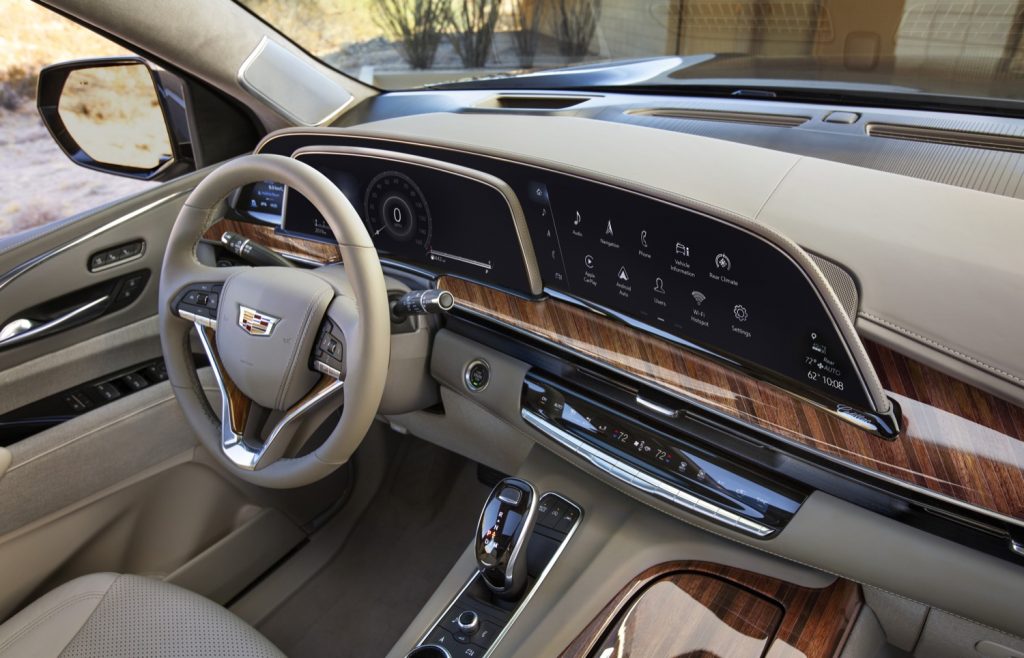 CIAS 2020 is open from February 14th through to the 23rd and is held in the North and South Buildings of the Metro Toronto Convention Centre.