Diesel passenger cars aren’t the most common sight in North America, but in Europe and other parts of the world where fuel costs are relatively high, tiny, ultra-efficient oil burners are quite popular.

This 2011 Chevrolet Camaro, which is currently for sale on eBay, has been converted into a diesel. The builder of this car didn’t opt for a fuel-sipping four-cylinder diesel, though. Instead, this Chevy is packing a rather large 6.6L LMM Duramax diesel V8, which was lifted from a 2010 Chevrolet 3500 HD. 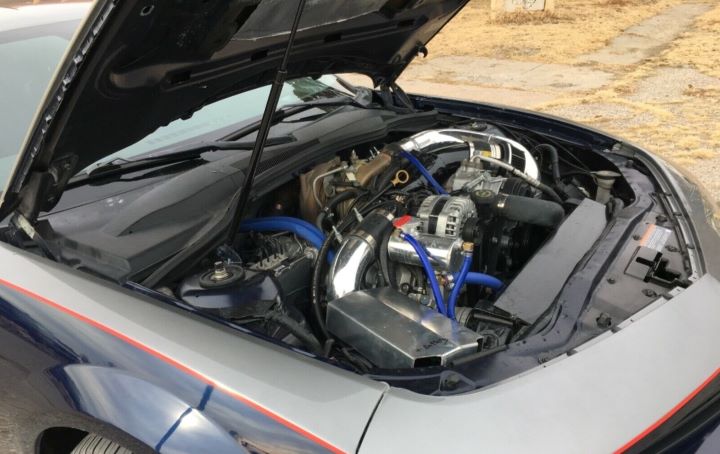 According to the listing, this car started out life as a regular Camaro SS before it was involved in a front end collision that damaged the right fender, hood, bumper cover and radiator supports. The builder took this opportunity to drop a new engine in it and, oddly, opted for a Duramax diesel from a full-sisze pickup truck. The engine is paired with a rebuilt Allison automatic transmission and sends power to the rear wheels. The seller says “all wiring and programming were done to integrate this power plant almost seamlessly,” into the car, with the air conditioning, cruise control, remote start, heads up display, tire pressure monitoring system and paddle shifters all working “like factory.” The only thing that isn’t working is the oil temperature gauge and the traction control system. 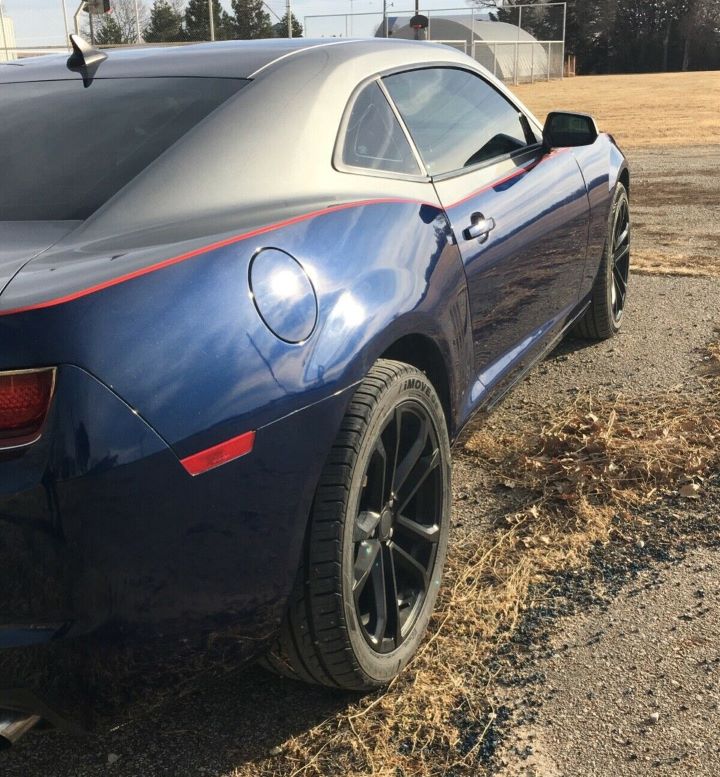 Other upgrades include adjustable springs at all four corners, a Chevrolet Camaro ZL1 front fascia, ZL1 wheels and a red, silver and blue exterior paint scheme. The interior is mostly stock, but features an aftermarket Bluetooth radio that works with the steering wheel controls.

As of this writing, bidding on this Chevrolet Camaro Duramax sits at $15,100. The car is sold on a rebuilt title. 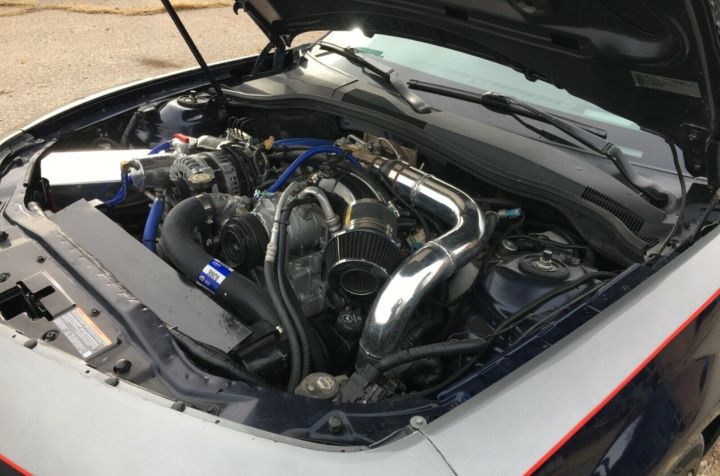 Click here some additional information on this odd Duramax-powered pony car, along with some more photography.