It’s hard not to love the Chevrolet Bel Air. Produced between 1949 and 1980, the Bel Air just drips with style, especially the iconic 1957 model year. Now, this thoughtfully modified 1957 Chevrolet Bel Air Sport Hardtop is up for sale in Iowa. 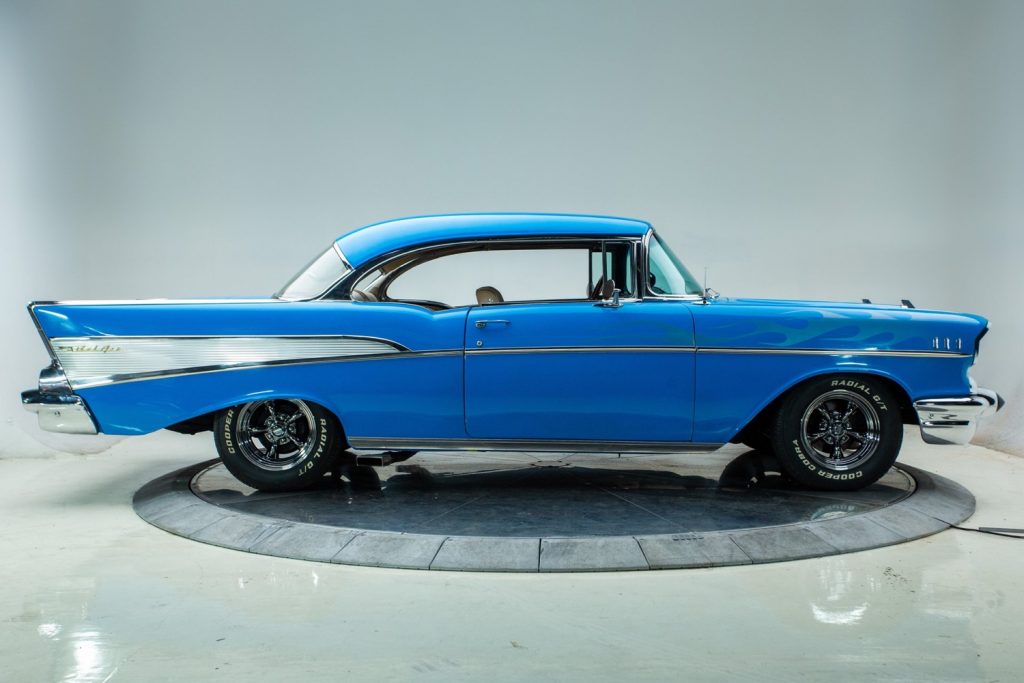 Originally built as a show car, this two-door looks the part thanks to an eye-searing shade of Electric Blue paint, which gets a set of Ghost Flames running down the front fenders. The chrome and glass are immaculate, while the wheel wells house a set of 15-inch American Racing Torque Thrust wheels wrapped in Cooper Cobra 215/70R15 tires, creating a very attractive aesthetic. Seriously – who doesn’t love that chromed-out, customized fascia, or the stylish rear fins? 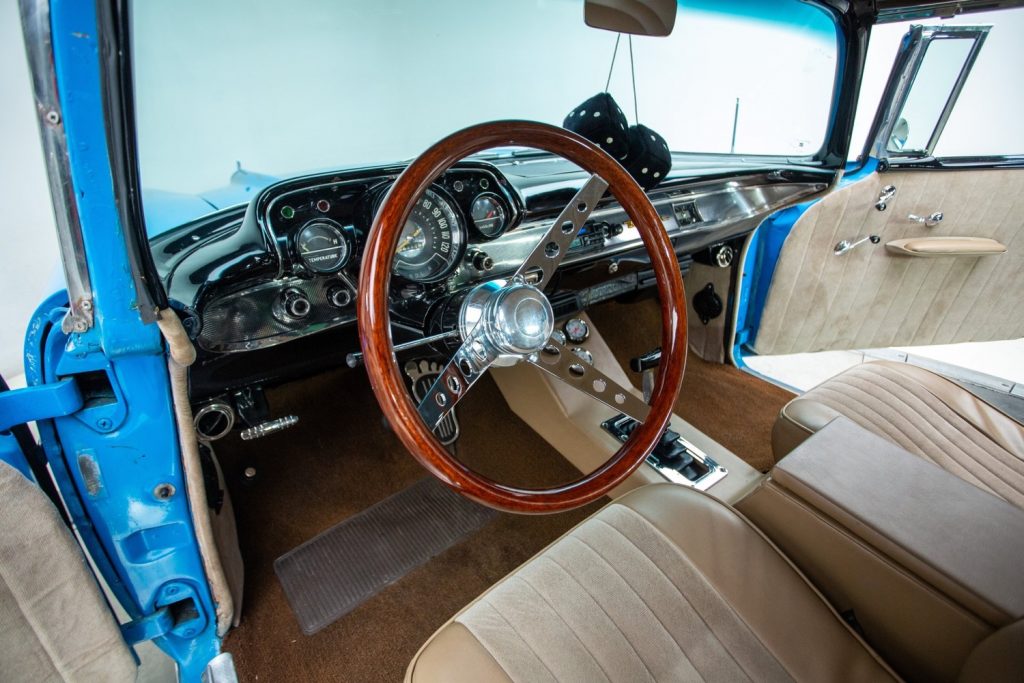 Meanwhile, the interior space is outfitted with tan upholstery throughout, with the material applied to the carpet, the headliner, and the door panels. A pair of dice hangs from the mirror, while a barefoot gas pedal is found under the dash. There’s also a set of custom gauges on the center tunnel. What’s more, the air conditioning and heater are both fully functional, and there’s an AM/FM radio in the dash, making this a great choice for cruises. 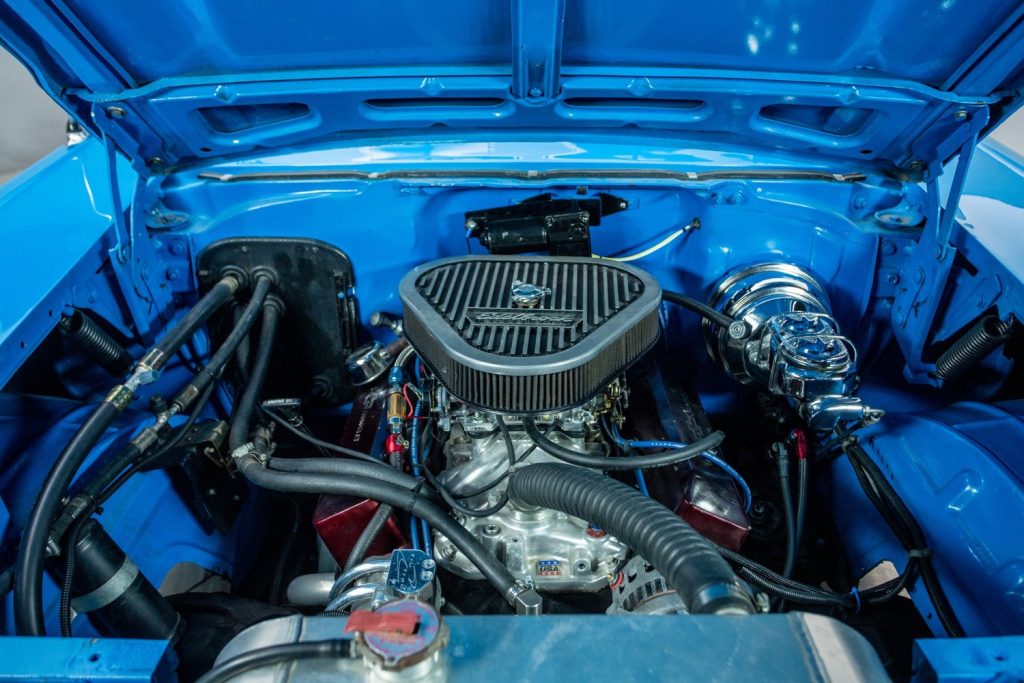 More chrome and polished bits are found under the hood, where a 350 cubic-inch V8 engine makes the good noises through a dual exhaust. The ‘eight mates to a Turbo 350 automatic transmission, which feeds 3.23 gearing. 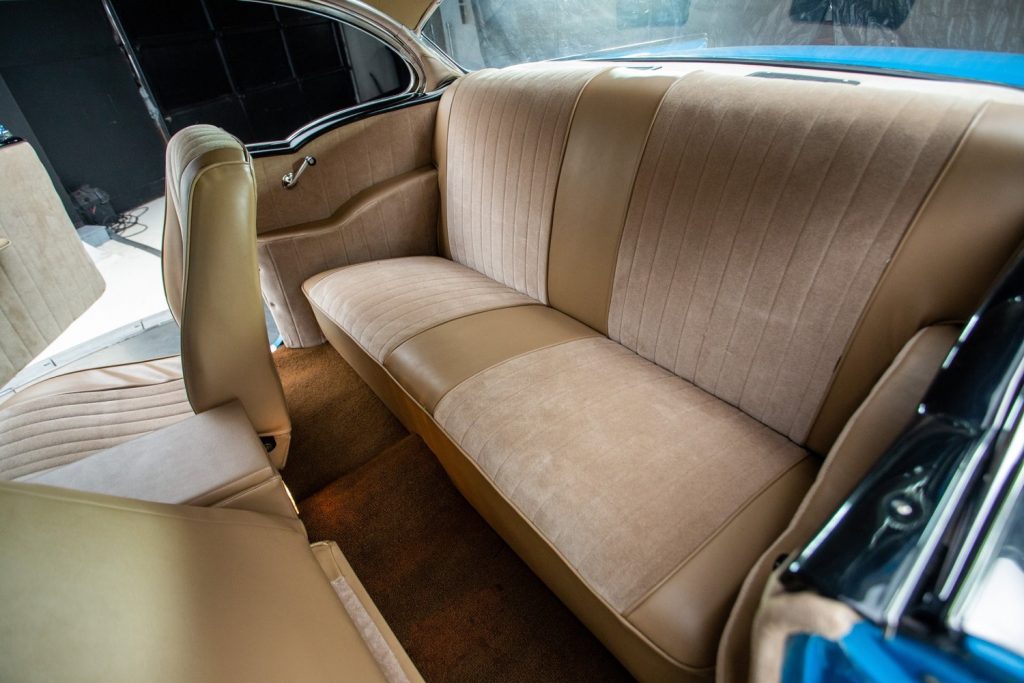 Power steering makes it all easy to drive, while power front disc brakes and rear drums work to throw the anchor. The undercarriage is finished in black. 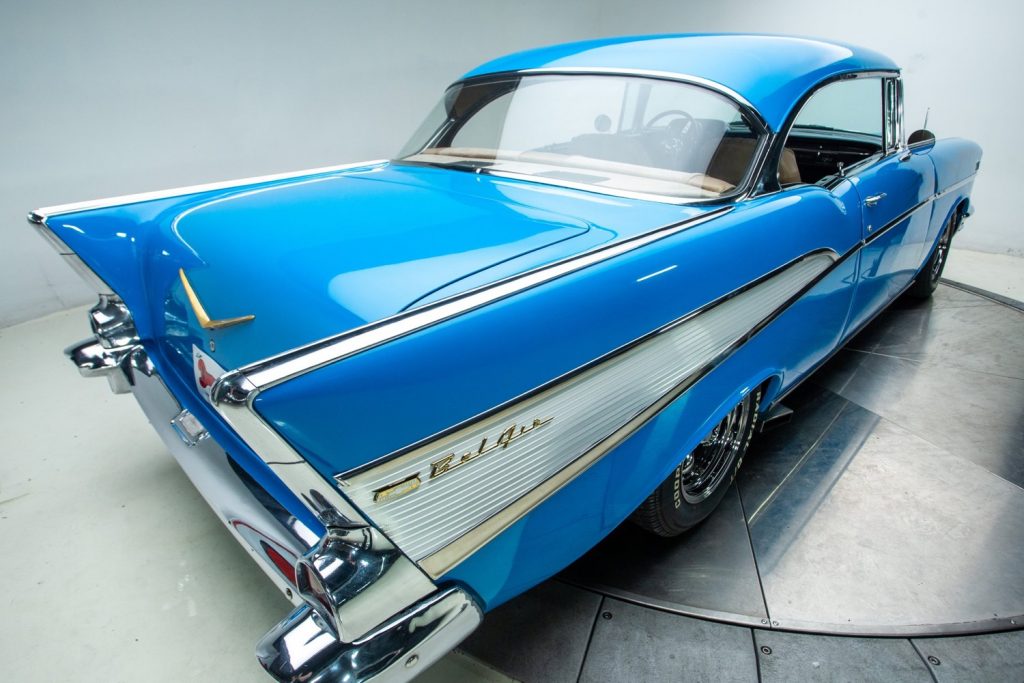 Now, this 1957 Chevrolet Bel Air Sport Hardtop is listed for sale by Duffy’s Classic Cars in Cedar Rapids, Iowa, and is priced at $45,950.