YouTube channel WhistlinDiesel seems to always have some weird, over-the-top vehicular experiment in the works. We previously featured his very fun-looking (albeit very dangerous) GMC Sierra Duramax off-road kart, but his latest experiment takes the absurdity to a completely new level.

WhistlinDiesel’s latest video shows him attaching a pair of homemade, 20-foot tall wooden wheels to his GMC Sierra and attempting to drive on them. In the description for the video, he says this is an idea he’s wanted to try out since he was young and that it was a “RIDICULOUS amount of work,” but completely worth it in the end. 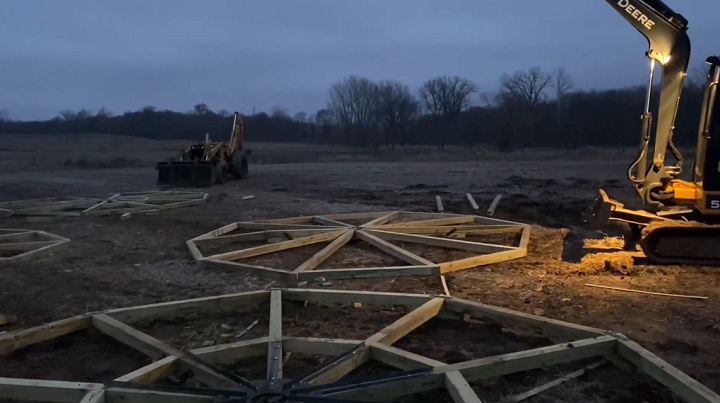 To get the preposterous, 20-foot tall truck moving, WhistlinDiesel built a sort starting gate for the truck out of dirt, which holds it upright on the narrow wheels while it is stationary. The truck refuses to budge from the power of the 6.6-liter LBZ Duramax engine alone, though, so they try to tow it out of the gate with a second truck. This technique works – at least initially. The truck only rolls about 10 feet before the wood wheels break and the truck topples to the ground.

While this experiment didn’t go entirely to plan, we admit to being entertained watching WhistlinDiesel try to get the truck moving. We’re also impressed with the home-built wheels and how he was able to actually mount them onto the truck. We certainly believe the video creator when he says that pulling this experiment off was a ton of work. 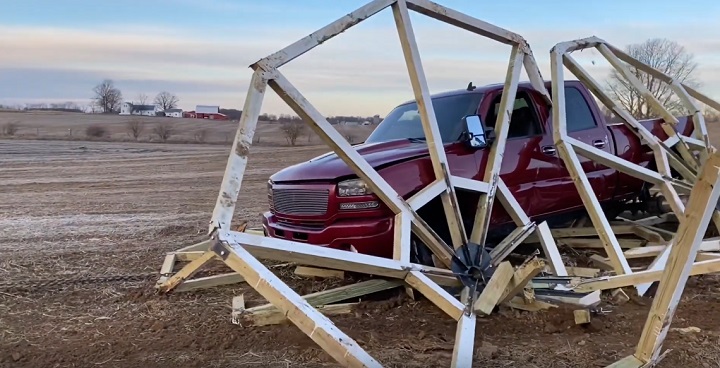 Check out the video embedded below. If you’re a Duramax truck fan, though, you may want to look away – WhistlinDiesel isn’t known for treating his trucks with a ton of respect and the Sierra in this video sustains some damage after toppling over.