Modern-day cars can keep us safe in the event of a crash thanks to things like crumple zones, high-strength steel and airbags, but equally as important, they also feature technology that can prevent a crash in the first place. Traction and stability control systems ensure drivers don’t lose control should they get a bit too liberal with the throttle, while collision avoidance systems frequently prevent inattentive drivers from rear-ending other cars, drifting into adjacent lanes or backing out into moving traffic. 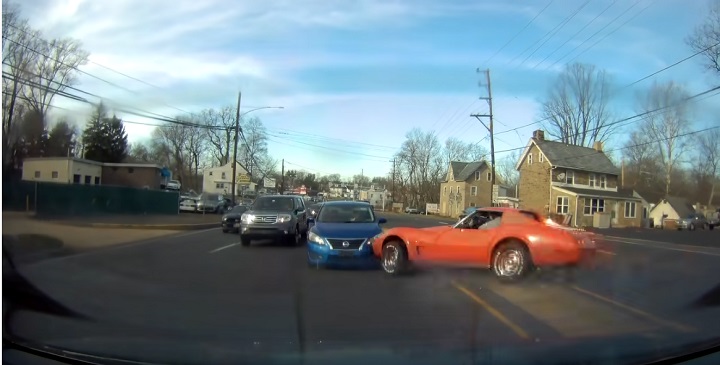 We think the driver of the C3 Corvette in the video embedded below could probably benefit from a car with modern-day safety items like these. In the video, the Corvette driver comes sliding wildly into the frame before crashing into a Nissan Sentra that is travelling in the oncoming lane. Luckily, the Sentra has airbags and occupant protection, but our Corvette-driving friend isn’t so lucky. Not only does a C3 Corvette not have airbags, the driver doesn’t appear to be wearing a seat belt. Not to mention this whole crash probably would have been avoided if the driver had an electronic stability control system. 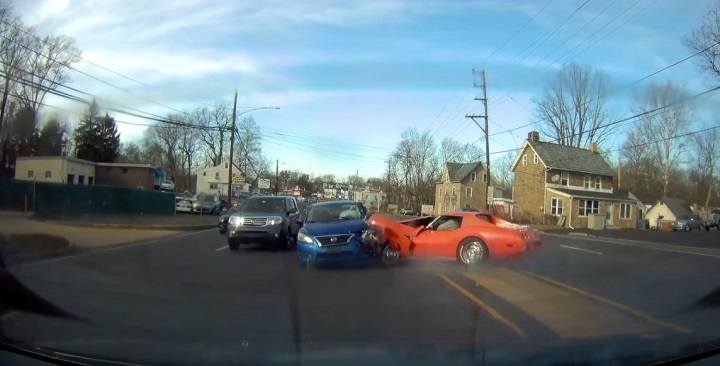 It’s not clear if either of the drivers involved in this crash were hurt. The video uploader didn’t provide much information on the crash, other than that it happened while driving northbound on 611 in Horsham, Pennsylvania and that it seemed like the Corvette driver “gave it too much gas, started to spin and failed to regain control.” It looks and sounds as though the C3 Corvette may have also lightly clipped the car the camera was in as well, but the uploader did not say if this was the case. 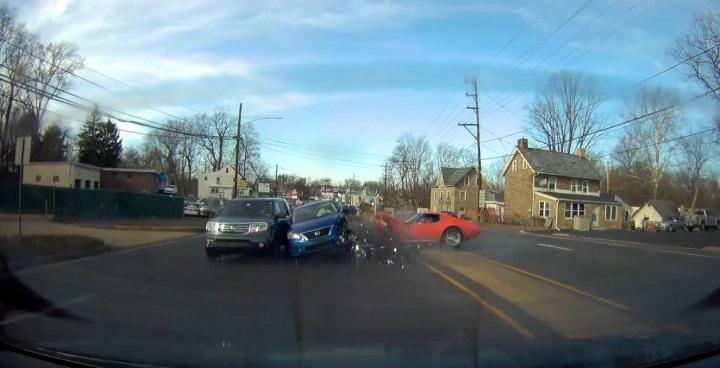 Check out the video embedded below. We should warn you, though, there is some choice language in the video, so you may want to grab some headphones before you hit play if you’re in public or around folks who would rather not listen to the profanity.