The all-new, next-generation 2021 Chevrolet Tahoe made its grand entrance just last month, dropping cover in a special event in Detroit alongside the equally new 2021 Chevrolet Suburban. Major changes compared to the preceding generation include a new platform, new dimensions, a fresh engine lineup, and new styling. Now, we’ve reimagined what the latest Chevy Tahoe might look like with just two doors, rather than four.

Before diving headlong into the rendering, it bears mentioning that, to our knowledge, General Motors has no intentions of actually producing a next-gen two-door Chevrolet Tahoe. Rather, we’ve created this rendering just to see what it might look like. 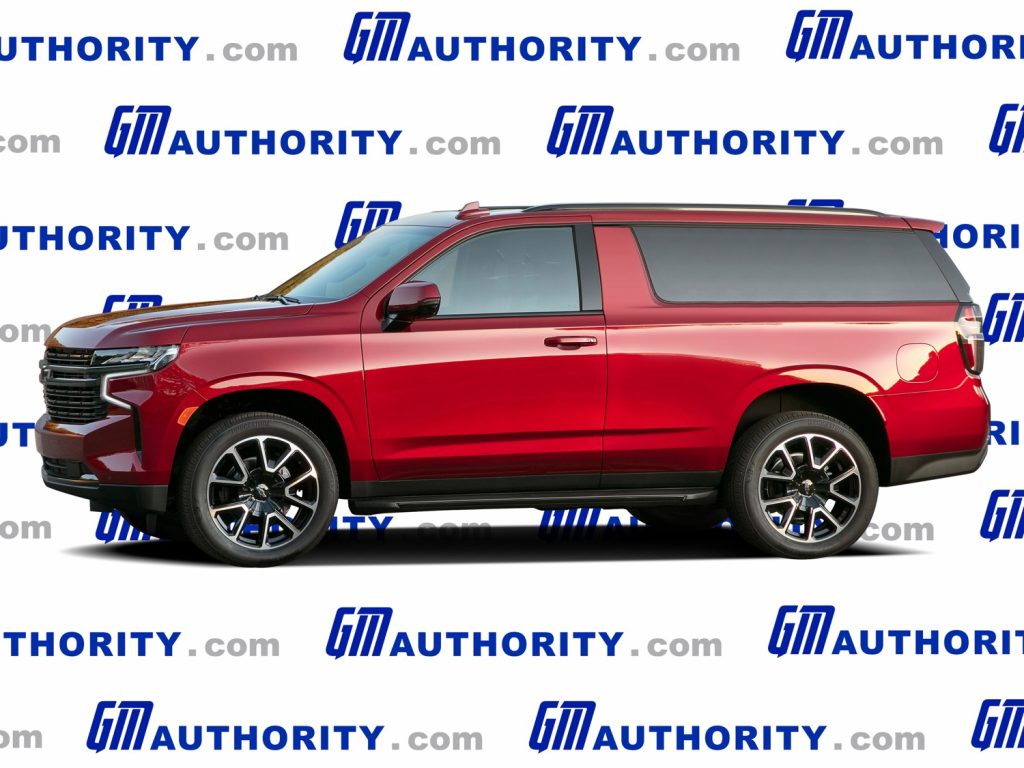 As such, we’ve pulled styling inspiration from the latest fifth-generation model that debuted in December, including the front fascia, which continues to feature thin upper headlamp housings and lower C-shaped lighting signatures, as well as a wide grille section and thin lower grille section. The bumper section continues to come with shapely creases and an upright side intake section.

Viewed from the profile, our two-door Chevrolet Tahoe really shows some big differences from the standard full-size SUV. The most obvious change is the method of ingress and egress, with our rendering ditching the rear doors in favor of a broad section of metal and glass. We also shortened the wheelbase slightly to make it look right.

The styling used for the redesigned profile also takes after the original two-door Tahoe in terms of pillar design and the long, straight lines used. 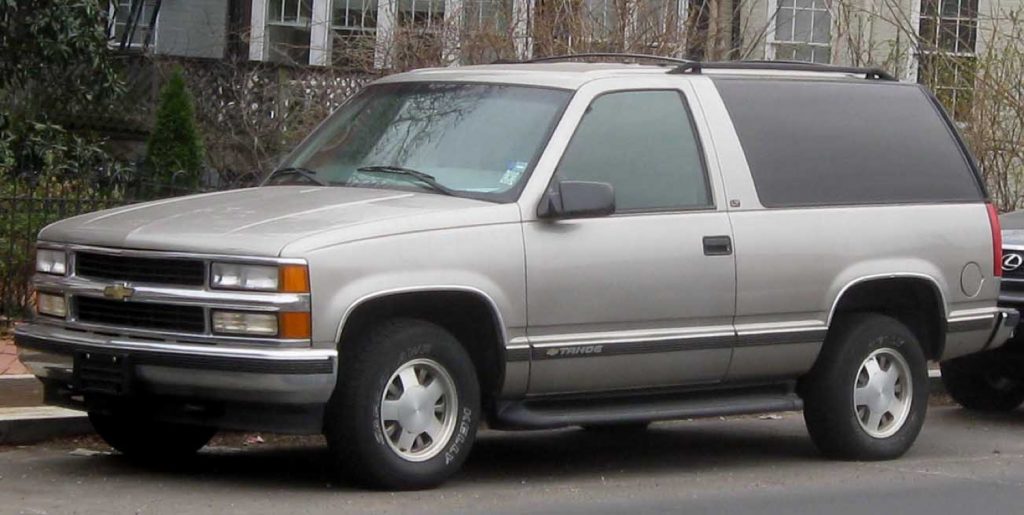 To note, our two-door Chevrolet Tahoe concept isn’t without precedent. Back in the ‘90s, GM replaced the full-size Chevrolet Blazer with the Chevy Tahoe, which featured both two-door and four-door body styles.

The new styling is even more exaggerated when viewed from the rear three-quarters perspective, with the rear glass running straight back into the hatch, utilizing black trim sections to almost lend it a “floating roof” design aesthetic. Complementing the new look is the next-gen Tahoe’s redesigned tail lamps, which continue the shoulder line and pillar line with T-shaped inner graphics. 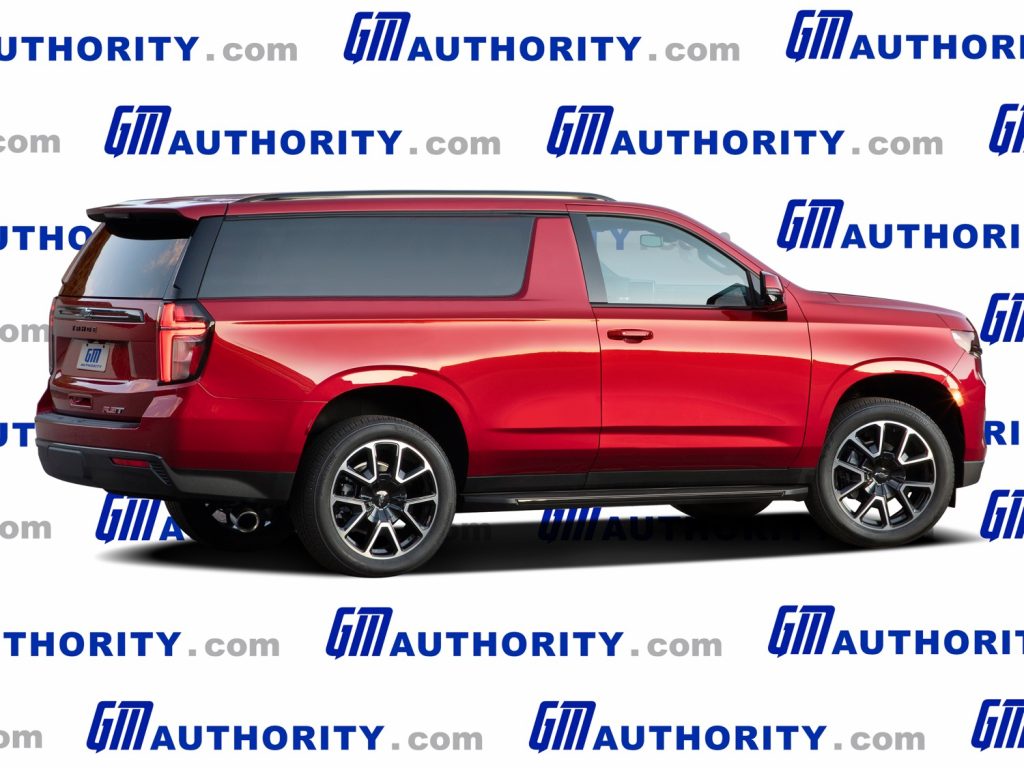 Indeed, we know we aren’t the only folks interested in two-door’ing GM’s full-size SUVs. Back in September of 2019, we featured a company based out of Georgia that plans to build a two-door Chevrolet Tahoe SS Coupe, as well as a two-door Cadillac Escalade-V Coupe.

Let us know your thoughts about our new rendering, and make sure to subscribe to GM Authority for more Chevrolet Tahoe news, Chevrolet news, and around-the-clock GM news coverage. 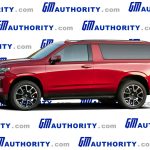 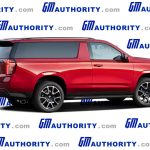