Many readers of this site will know about the Pontiac Bonneville, but some may not be aware that the model line started out as an optional performance upgrade on the 1957 Pontiac Star Chief before becoming its own separate nameplate for the 1958 model year.

The Bonneville kept its sporting nature for 1958, though, and arrived with a decently powerful 255-horsepower, 370 cubic-inch V8 engine in standard form. That was with the three-speed manual transmission – on models with the Super Hydramatic transmission, the 370 V8 made as much as 385 horsepower. 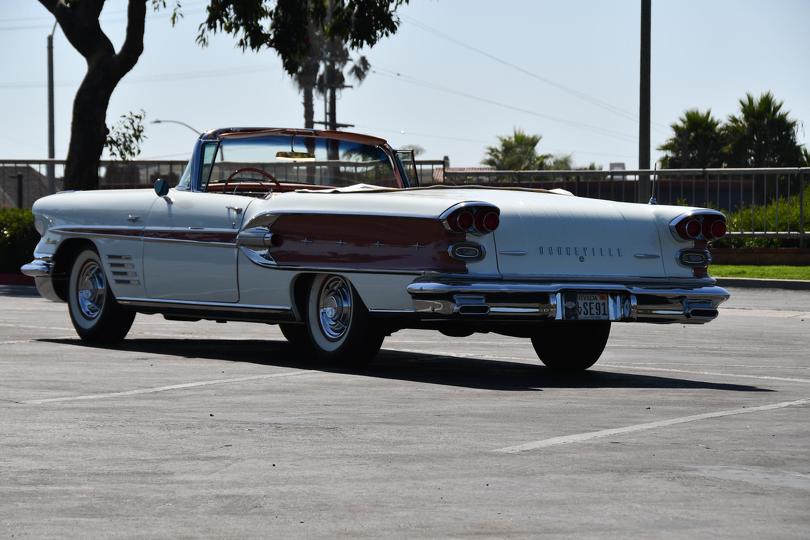 However, for true performance enthusiasts, there was the optional Tri-Power V8, which featured three Carter two-barrel carburetors, 10.5:1 compression heads, and a high-lift performance camshaft. This motor was rather fast (Hot Rod magazine tested a Tri Power Bonneville Sedan from 0 to 60 mph in 7.6 seconds) and performed almost identically to the range-topping fuel-injected V8, which carried a staggering $500 premium at the time.

Pontiac promoted its new Bonneville performance model by nominating it as the 1958 Indianapolis 500 pace car. This focus on performance helped make the Bonneville an instant success for the General Motors brand, which sold 12,240 examples of the car in 1958 – 9,144 coupes and 3,096 convertibles. 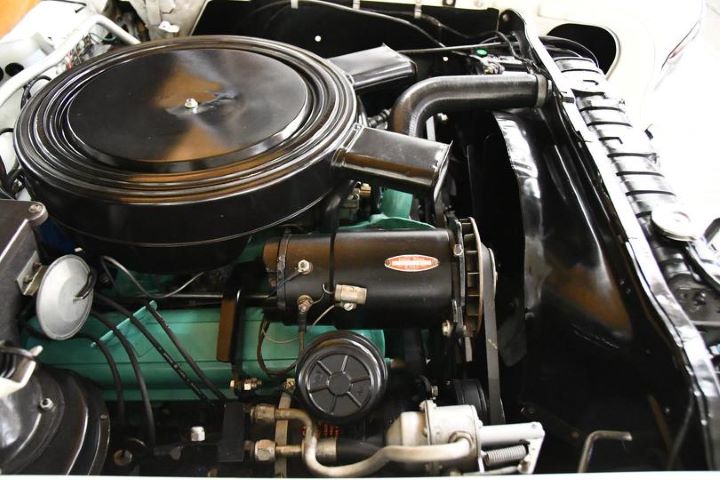 One of these rather rare Tri-Power 1958 Pontiac Bonneville Convertibles will soon be auctioned off by Russo and Steele at its Scottsdale 2020 auction. The 1958 Pontiac Bonneville with the Tri-Power V8 was made in very low numbers and was even less common with the 2+2 sport seat package like this example. Early Bonnevilles are also extremely hard to restore due to a lack of original parts, making this particular car even more rare and valuable. 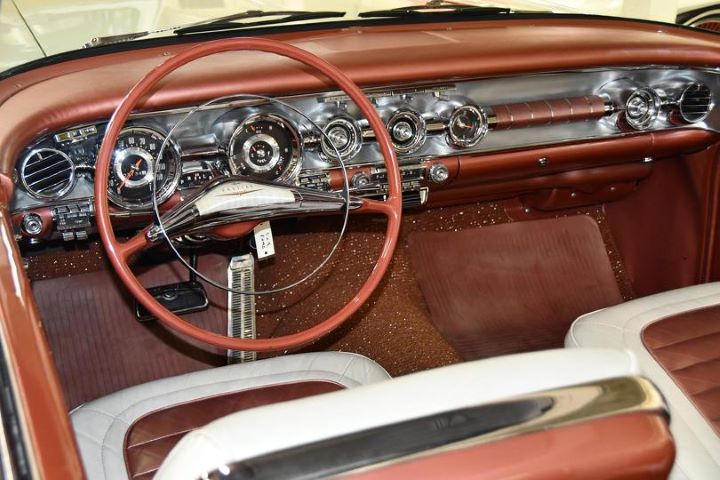 According to the listing, this car underwent a bare metal restoration and had a full service performance back in July of this year. Check out the listing at this link for additional information and photos.