The all-new 2021 GMC Yukon has arrived, dropping cover this week in a special media event in Vail, Colorado. The next-gen full-size SUV was revealed in two trim levels, including the new off-road-ready GMC Yukon AT4, as well as the plush and luxurious GMC Yukon Denali. Now, we’re taking a closer look at what the Denali trim has to offer compared to the rest of the lineup. 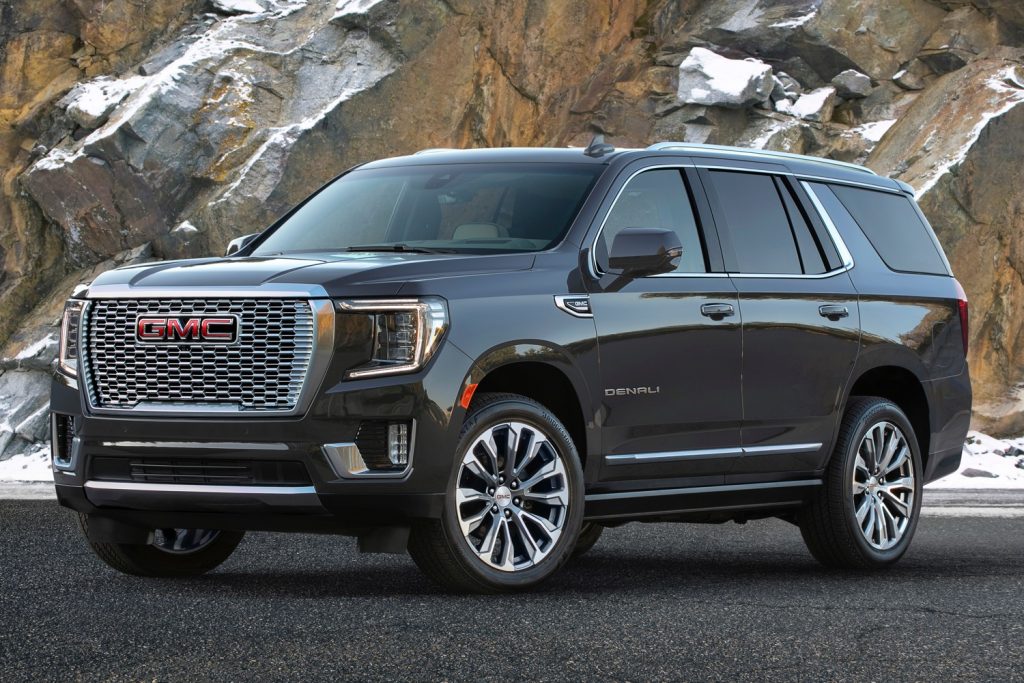 Like the other of 2021 Yukon models, the latest GMC Yukon Denali features fresh exterior styling. The new look is complemented by the Denali’s characteristic Galvano chrome grille, which is now bigger and more intricately designed than before. There’s also a ton of chrome found elsewhere in the body, which stands in contrast to the AT4’s darker accents. In the corners, we find the Denali offers optional 22-inch wheels. 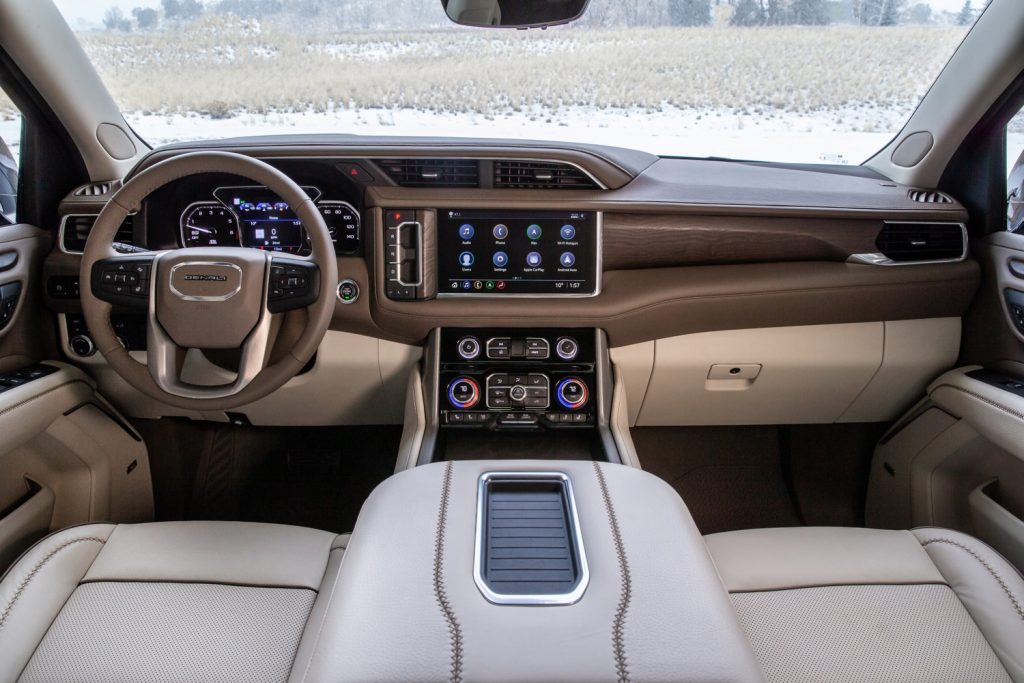 One of the most noteworthy differences between the 2021 GMC Yukon Denali and the rest of the lineup is the range-topper’s exclusive interior design. As we covered previously in an exclusive story, the Denali comes equipped with a central infotainment screen that’s integrated directly with the dash, as opposed to the stand-up screen found elsewhere in the lineup. 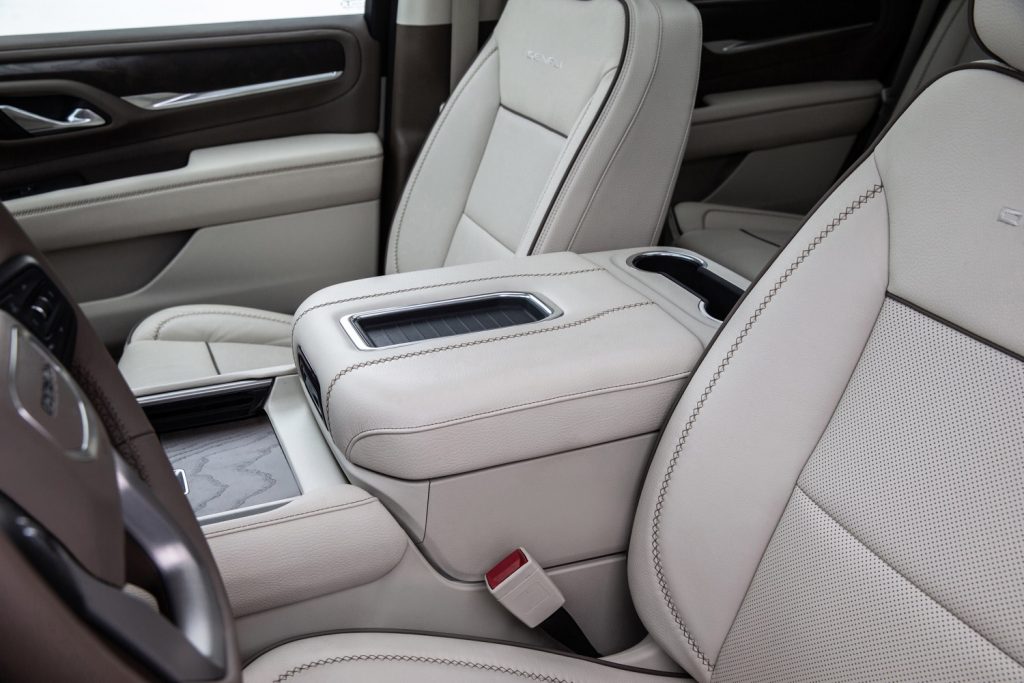 The new GMC Yukon Denali also boasts unique seats, plus four unique interior color themes. Upscale materials are used throughout, such as authentic wood trim, as well as leather surfaces which are cut and stitched by hand in a unique, Denali-specific pattern. Up top, the Denali is offered with panoramic sun roof. 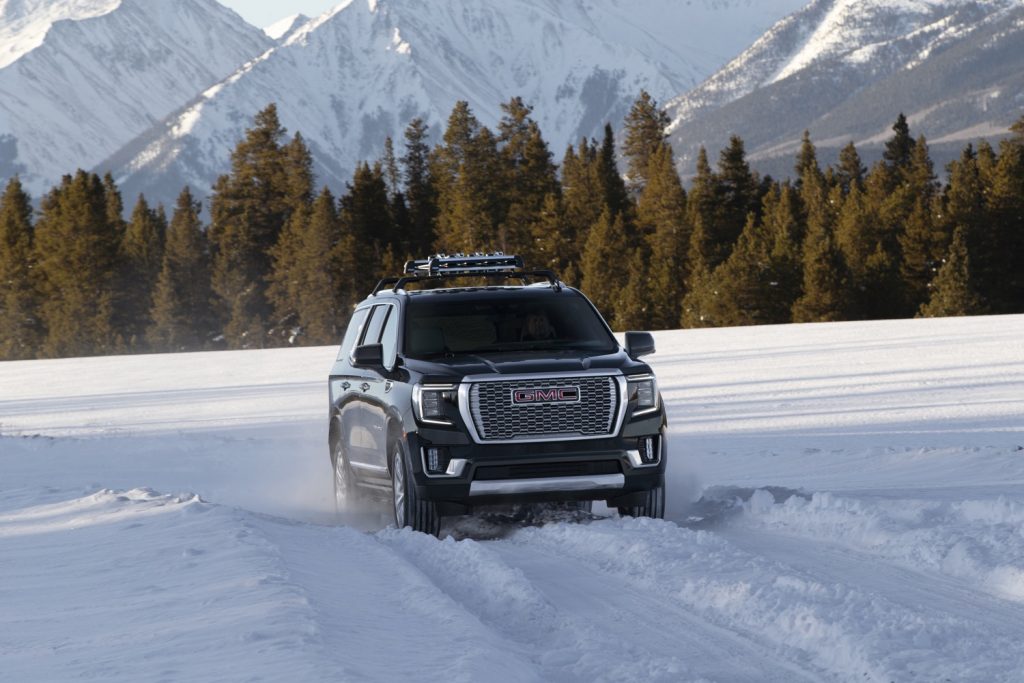 GMC says 60 percent of Yukon buyers opt for the Denali trim level, so it makes sense that GMC went all out on the tech and premium touches with the overhauled 2021 GMC Yukon Denali. Let us know your thoughts in the comments section, and make sure to subscribe to GM Authority for more GMC Yukon news, GMC news, and around-the-clock GM news coverage.