The Cruise Origin driverless car is roughly the same size as a traditional crossover utility vehicle, with a boxy body and two-tone color scheme. Ingress is achieved via an exterior-mounted keypad, which activates two sliding doors that part down the middle.

Interior space is abundant. Thanks to Origin’s all-electric, driverless car technology, the layout is devoted entirely to comfort. There’s no internal combustion engine or hood to get in the way, plus no pedals, no steering wheel, or anything else to manually pilot the vehicle. Rather, there’s just two two opposing bench seats to accommodate passengers, and a few ceiling-mounted screens providing info on things like the trip itinerary – all of which is useful in a ride-sharing application.

The Cruise Origin driverless car has been in the works for more than three years, and was designed from the ground-up as a completely autonomous, self-driving vehicle, as opposed to a vehicle retrofitted with autonomous technology, as we’ve seen previously with various Chevrolet Bolts.

GM owns about two thirds of Cruise, but Honda has also invested in the company. With regard to Origin, GM did the vehicle design and the electric powertrain, while Honda tackled the interior. Cruise Automation is responsible for the driverless car tech and software.

By the time it goes into production, Cruise says Origin will have core AV software that can best an average human driver in terms of performance and safety. What’s more, the vehicle is engineered to last a million miles, with numerous replaceable parts, from interior components, to sensors, to the onboard computer, thus lowering the average cost per mile.

It’s currently unclear when Cruise Origin will launch, but when it does, it may well be the first truly driverless car in production. 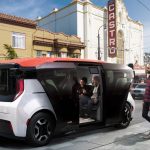 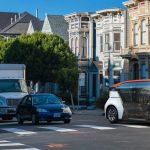 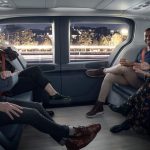 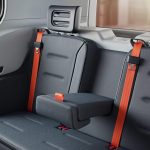